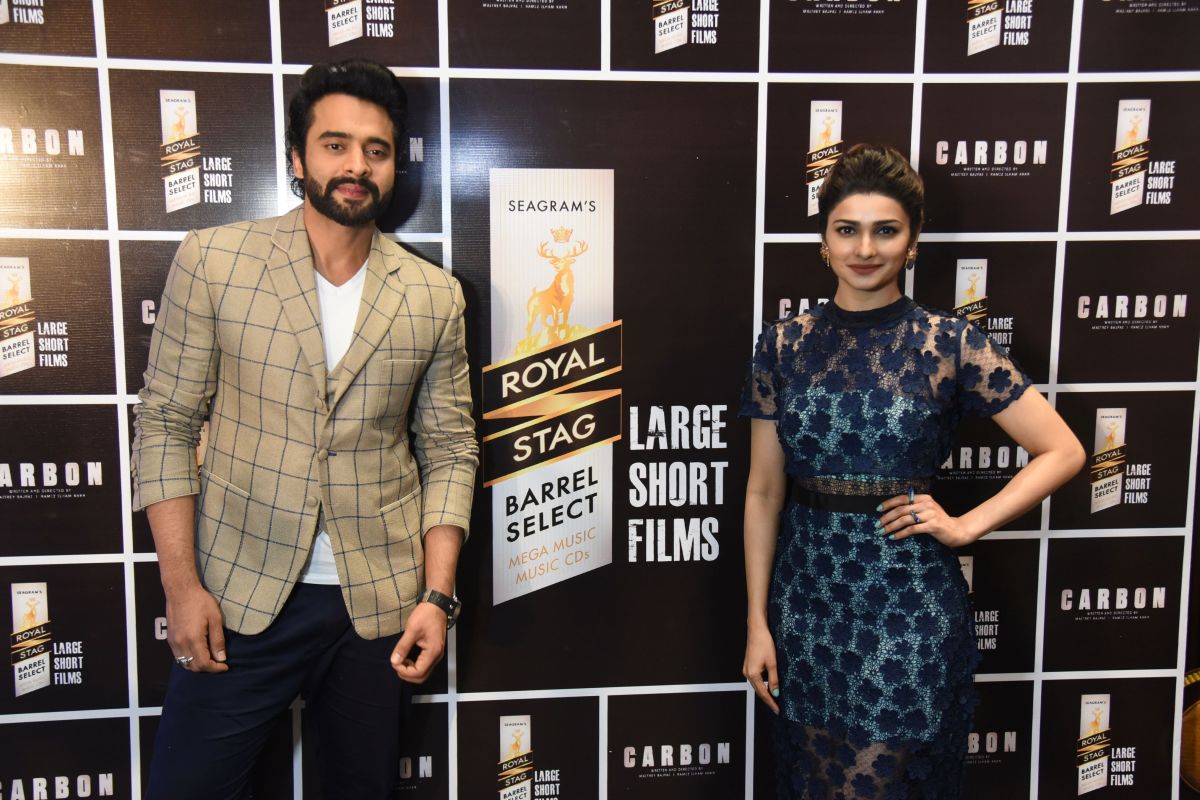 Jaccky Bhagnani has always been known as a producer’s son who has been launched by his father. On the acting front, it was his dancing that won him more accolades. Here he produces a film ‘Carbon’ which has been launched on the Royal Stags Long Short films YouTube channel.

One can’t help but notice the amazing transition in Jaccky as an actor. Not only has he matured and evolved but he has also held his mettle in the futuristic film. His restrained, self-contained and effective demeanor definitely makes it a must-watch. One also gets to see his chiseled body in one of the film scenes.

The actor-producer did confess that this venture didn’t have a business model in place and the intention was to give out a message about what we are in store for the future.

Great job, Jaccky…like they say….the best is yet to come. Thankfully, you have made a great beginning for the future. Maybe these are the kind of roles that will get you more accolades.

Watch Jaccky Bhagnani’s interview on the below mentioned link:

Reliance Entertainment’s co-production in association with Rose Movies and Pollen Entertainment I, ME AUR MAIN starring John Abraham is slated to release on 27th July, 2012.

I ME AUR MAIN is based on the protagonist played by John Abraham and his relationship with the 5 women in his life, the roles of which are essayed by actresses Chitrangada Singh, Prachi Desai, Raima Sen, Mini Mathur and Zareena Wahab.

Sanjeev Lamba, CEO, Reliance Entertainment says, ‘I ME AUR MAIN is a fun and refreshing film. It’s a feel good story about a self obsessed man’s relationship with the five most important women in his life, he takes for granted. We are very pleased with the way the film has shaped up and are excited about its release on 27th July.’

Says Shrishti Arya, ‘I ME AUR MAIN is a film that every guy will claim is his very own story and every girl will know a man just like John’s character in the film. It is scheduled to release 27th July, 2012 and we couldn’t be more excited.’

Says producer Goldie Behl, ‘The film is an urban commercial genre with a novel concept…It’s a John Abraham you’ve never seen before and the film is sure to strike a chord with today’s youth.’

I ME AUR MAIN produced by Shrishti Arya, Goldie Behl, John Abraham and Reliance Entertainment comes to a theatre near you on 27th July, 2012.