Pathaan Update: Pathaan will mark Shah Rukh Khan‘s big comeback to the silver screen. In the Siddharth Anand-directed film, the superstar will play an action-packed character. The film also stars Deepika Padukone and John Abraham. The film has already generated buzz months before its release and its latest update about the song ‘Nasha Chadha,’ has SRK fans going crazy.

The song will witness Shah Rukh Khan and Deepika Padukone in a glamourous avatar. Shilpa Rao and Vishal Dalani are the singers for this song. Both musicians have already contributed to numerous fast-charting top hits. This song is tipped to become the next big Bollywood dancing hit and anthem, as per the box office worldwide reports. 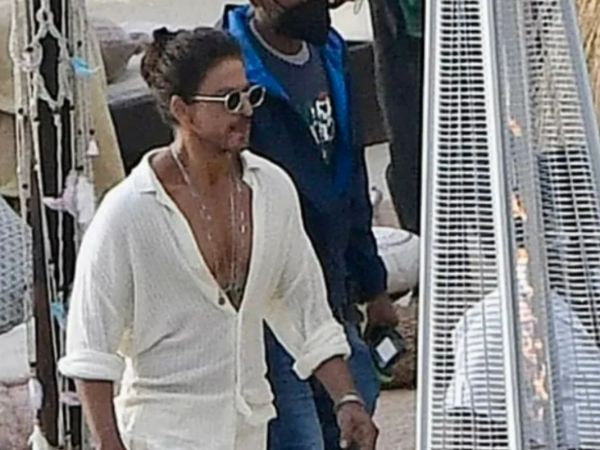 The list of most awaited Hindi movies without trailers features SRK’s movie Pathaan at the top. Fans are eagerly anticipating Shah Rukh Khan’s return to the lead role in Pathaan after a four-year hiatus. SRK fans were giddy at Pathaan‘s most recent update and filled social media with enthusiasm. One of the users said, “Super excited for Pathaan in January 2023.” Another user wrote, “Blockbuster,” with fire emojis.

I am Full excited bro

Pathaan which is set to open in the theatres on January 25, 2023, is one of the most eagerly anticipated movies ever. Shah Rukh Khan and Deepika Padukone’s movie motion poster was just released, and it received good reviews from online users.

In addition, SRK will star opposite Taapsee Pannu in Rajkumar Hirani’s next movie Dunki and opposite Nayanthara in South director Atlee’s upcoming action thriller movie Jawan.

Watch this space for more updates on Shah Rukh Khan!