Suhana Khan flaunts hot waistline: Shah Rukh Khan’s daughter Suhana Khan joined her co-star Agastya Nanda and her family over dinner on Tuesday night. Pictures and videos of Suhana from a popular restaurant in Mumbai are now going viral as she met Shweta Bachchan Nanda, Agastya’s mom, and Kajal Anand over drinks and food. The Bollywood debutant chose a casual look as she stepped out in rain.

Suhana looked pretty in a baggy pair of denim and a basic black crop T-shirt. The young diva flaunted her washboard abs as she exited the eatery with Agastya, Shweta and Kajal. Suhana kept her hair sleek and tied in a bun. She didn’t remove her mask to pose for the photos. SRK’s eldest kid even rocked the tiny bag trend and teamed up her casual look with a pair of black and white shoes to go with her overall off-duty avatar. 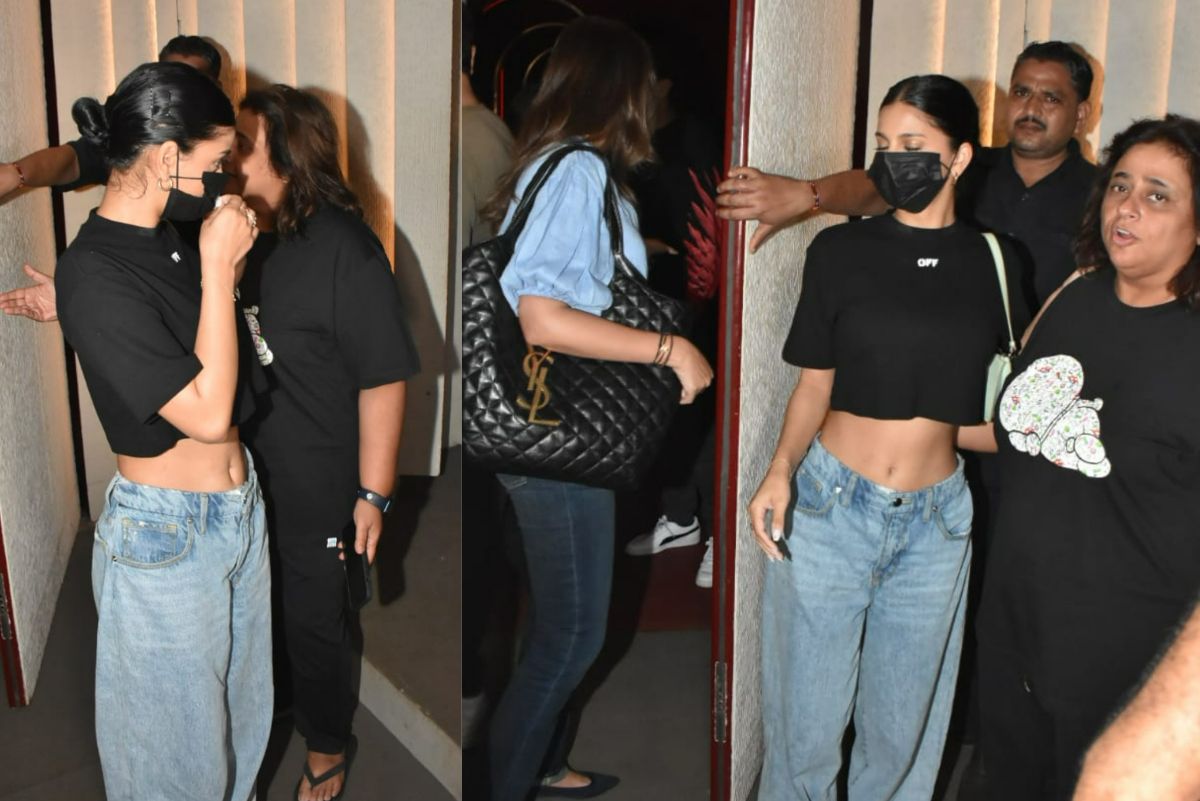 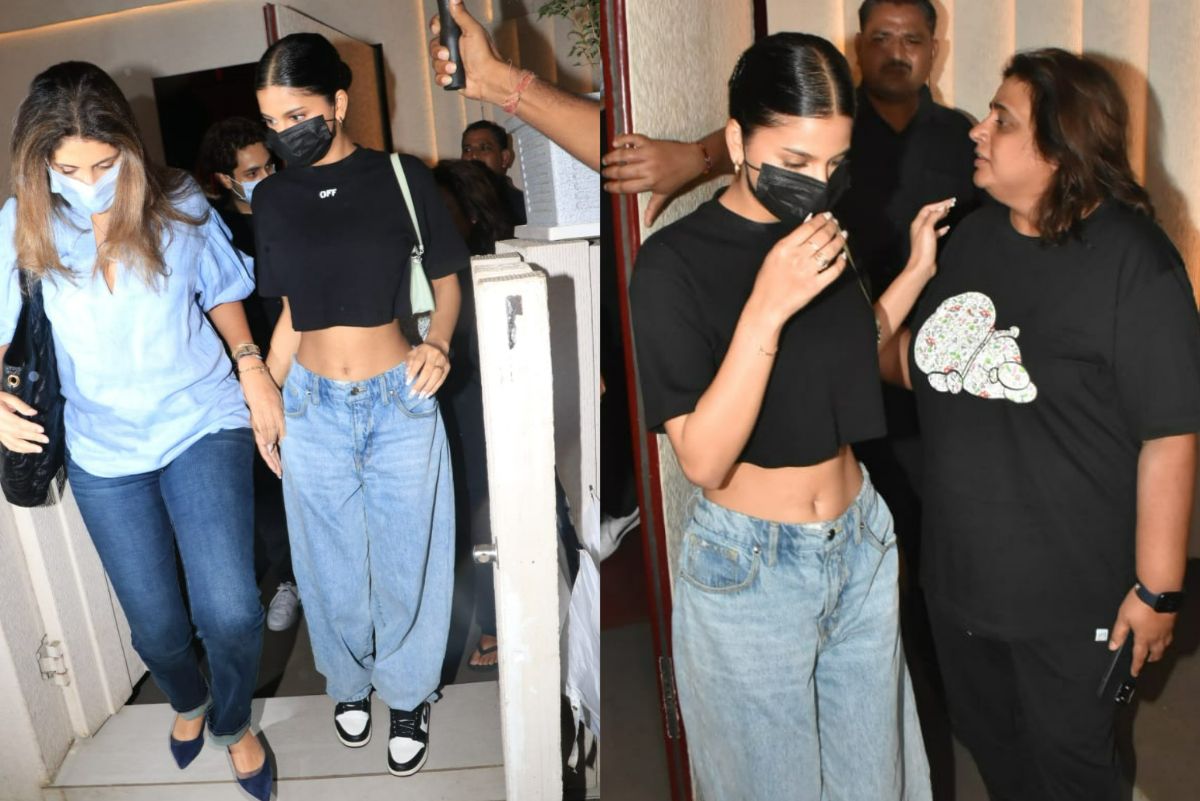 Suhana and Agastya are working together in their debut film The Archies for Netflix which is an official screen adaptation of the famous comic. The film is being helmed by Zoya Akhtar and it also features Khushi Kapoor apart from these two.

Earlier, Suhana was clicked with Khushi as the two girls enjoyed some down time together at a nail art salon. Suhana’s other two best friends – Shanaya and Ananya – have already stepped their foot into Bollywood. While Shanaya is waiting for her debut film Bedhadak to kickstart this year, Ananya has already done a few films in the industry. Suhana is yet to announce her big Bollywood debut that she’s expected to do next year following the release of Netflix’s original The Archies.

Your thoughts on Suhana’s casual look though?