Aamir Khan will soon grace the couch of Karan Johar’s hosted show ‘Koffee With Karan 7’ along with his ‘Laal Singh Chaddha’ co-star Kareena Kapoor Khan. The duo will promote their upcoming movie of the popular talk-show and fans are super-exicted to witness the actors together. Meanwhile, several behind-the-scenes photos of the two has gone viral on the internet, and what caught the eyes of the netizens is Aamir smoking a pipe on sets. 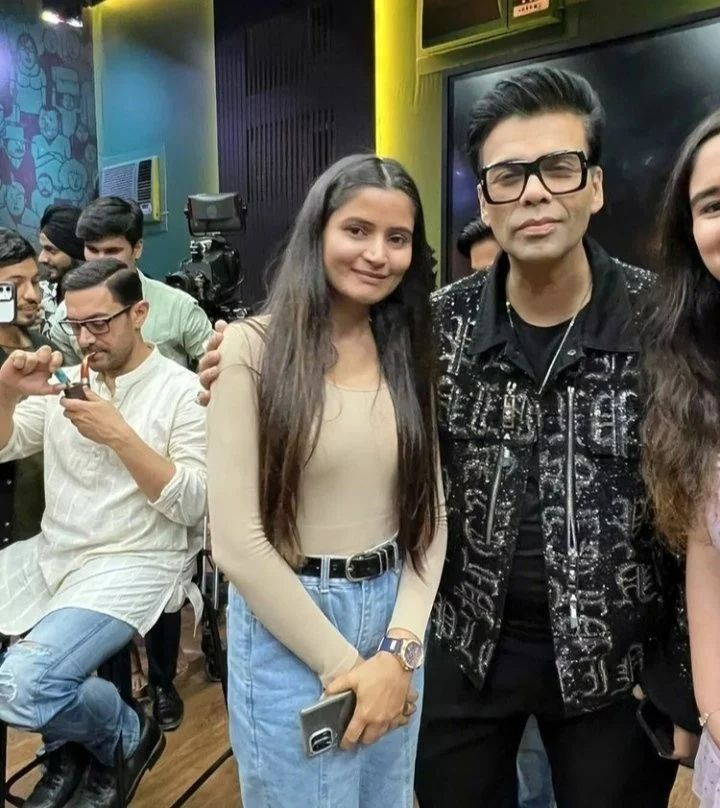 In one of the pictures, the actors were seen engrossed in separate conversations in the green room while in another, Aamir was seen smoking a pipe. In the same picture, Karan was seen posing with fans on the sets. While Kareena is seen wearing an all-black outfit, Aamir kept it simple with a white kurta and denim pants.

https://platform.twitter.com/widgets.js
Earlier on Wednesday, Kareena had shared her ‘Koffee With Karan’ look with fans on Instagram.

Reportedly, Aamir and Kareena shot for their episode on Tuesday evening. A news 18 report, quoted a source revealing that Aamir and Karan had an interesting discussion on the North-South divide. Karan also questioned Khan about his choice of films and whether he purposefully chooses projects with a social message.

The report further added that Karan also spoke to the Dangal actor about his relationships with his ex-wife Kiran Rao and Reena Dutta. “Karan had an intense discussion with Aamir about his cordial relationships with both Reena and Kiran and how they are still a part of the family. He also discussed about the dynamics with his kids Junaid, Ira and Azad,” adds the source.

Coming to ‘Koffee with Karan 7’, the upcoming episode will feature Ananya Panday and Vijay Deverakonda on the coveted couch. Apart from them, this season of KWK will also witness Sidharth Malhotra, Kiara Advani, Anil Kapoor, Varun Dhawan, and Tiger Shroff, among others.