Ranveer Singh Nude Photoshoot Controversy: Ranveer Singh’s recent nude photoshoot for a New York-based magazine drew flak from many for ‘hurting the sentiments of women.’ On Tuesday, the Mumbai Police also booked the Bollywood actor for obscenity and on other charges after his nude photos went viral on social media. The complainant alleged that the actor had hurt the sentiments of women in general and insulted their modesty through his photographs.

Amidst all this, Ranveer Singh’s mother Anju Bhavnani and sister Ritika were spotted outside Manish Malhotra’s store in Mumbai. A paparazzo account shared the video of Ranveer’s mom and sister outside the designer’s store and soon as it surfaced in media, a section of users started trolling them.

Apparently, Ranveer’s mother and sister  headed straight to the car, while many found it rude for them to not acknowledge the paps, some trolled them for buying clothes to ‘cover Ranveer’ following his nude photoshoot. A user commented: ‘Bete K Liye Kuch Kapde Kharidne Ayi Hai’, while other wrote: Attitude to dekho kitna h jetna beta frndly h maa or sistar m utna hi attitude h maa m kuch jyada

Check out some of fans’ reaction below: 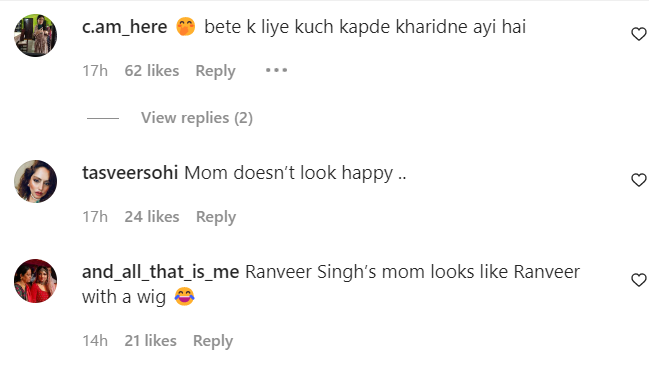 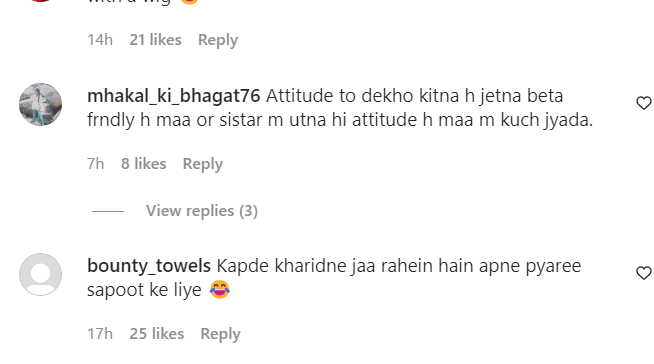 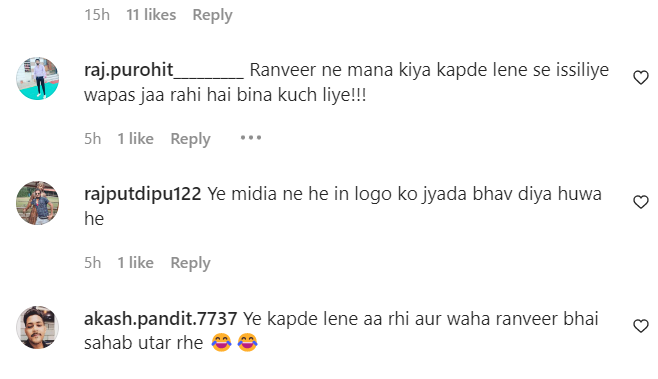 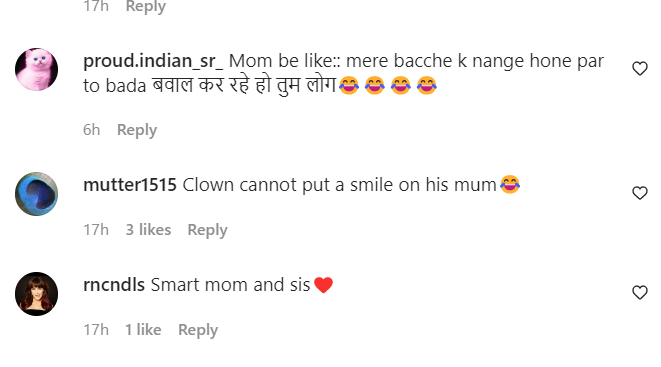 On a related note, recently Deepika Padukone too was clicked outside Manish Malhotra’s store in a chic white jumpsuit and we wonder if the Bhavnani family is gearing up for a family function. Interestingly just like Ranveer’s mom and sister, Deepika also didn’t pose for the shutterbugs and headed straight to her car.

On the work front, Ranveer Singh was recently seen in Netflix’s interactive special Ranveer vs Wild with Bear Grylls. He will be next seen in Rohit Shetty’s directorial Cirkus with Jacqueline Fernandes and Pooja Hegde. The film is slated to release around Christmas 2022. Ranveer also has Rocky Aur Rani Ki Prem Kahani with Alia Bhatt. The film is set to hit theatres in February 2023.