Urfi Javed Dress: Instagram sensation Urfi(Uorfi) Javed who is known for her bold photoshoot seems to have crossed all the limits in her latest pics.  The actress exposed one of her breasts by posing in a mustard bralette, she covered her modesty with hands while posing for the pics. The Bigg Boss OTT fame Urfi shared two daring pics on Instagram, where she can be seen in a risqué pose covering her modesty with hand. 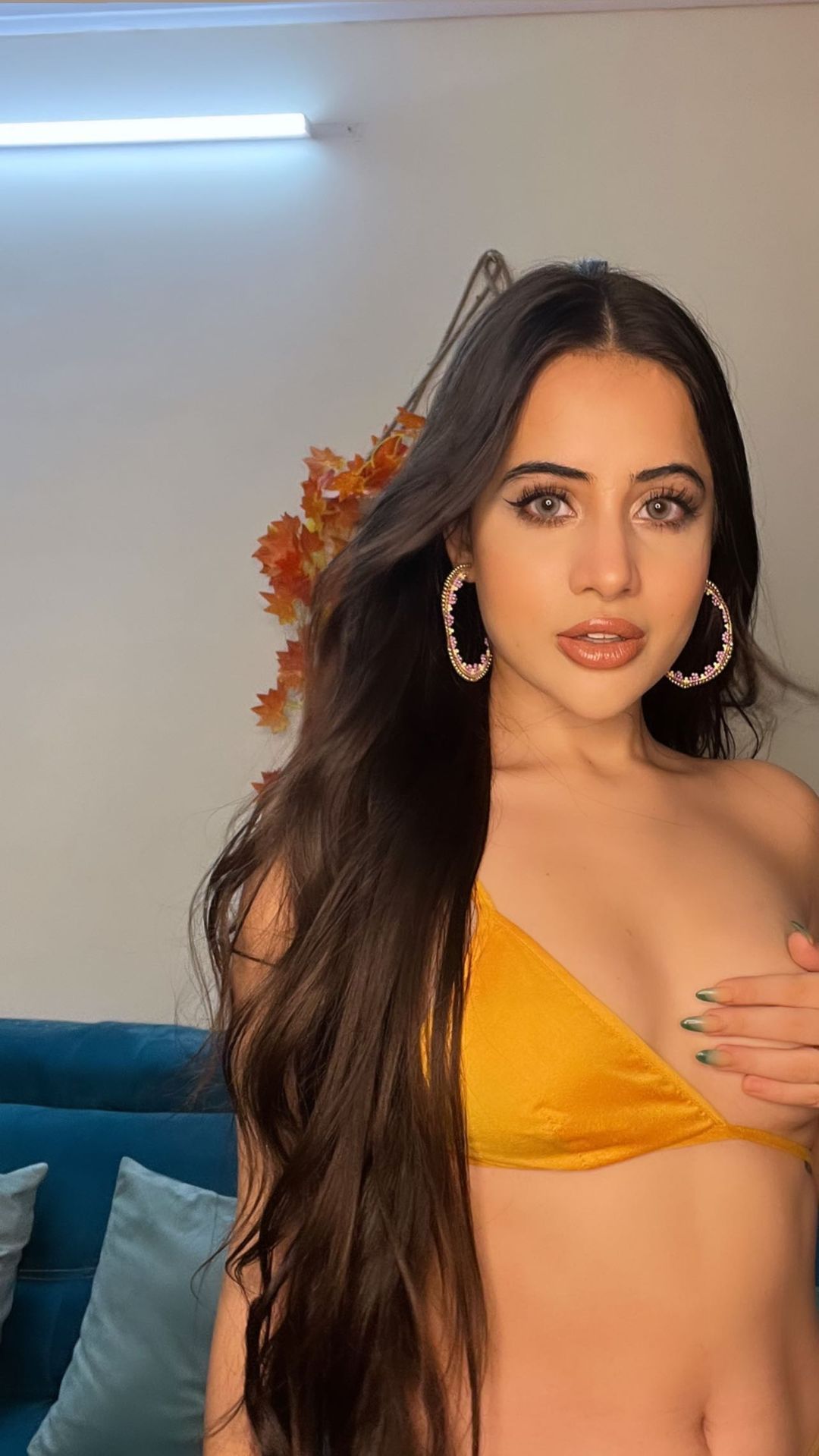 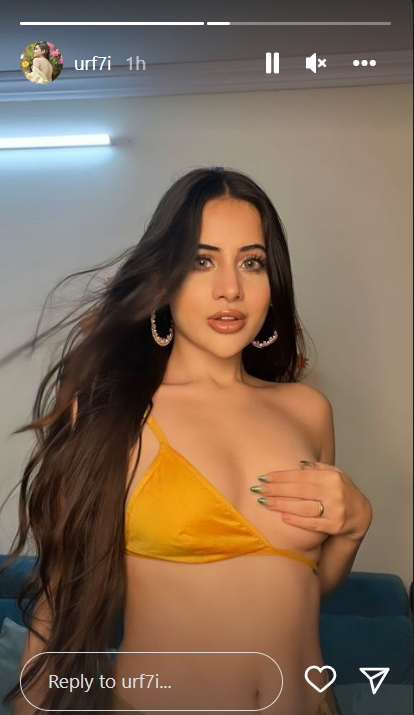 The actress was spotted in a glam-up look, she left her wavy tresses open and was wearing a glossy lip-tint. With filled brows and mascara laden eyes, she was looking too sultry for the photoshoot.

Meanwhile, earlier joining the ‘naked photoshoot’ trend that was started by Ranveer Singh, Urfi Javed took to Instagram on Sunday and dropped a video of herself, where she can be seen lying in a bed of roses, wearing nothing. The actress wears a big smile on her face whereas flower petals are carefully placed on her body.

Urfi’s almost nude video got overwhelmingly berserk reactions on the internet. A netizen commented on her post and wrote, “Reminds me of American beauty ! 😍.” A fan commented “Sexy🔥🔥.” Another user wrote, “Isbar so cute 😍😍😍😍.”

The actor has often gone on record to say that she dresses up or does whatever she feels like irrespective of the trolling.

Urfi was a contestant in Bigg Boss OTT season 1 and appeared in daily soaps like Meri Durga and Bade Bhaiyaa Ki Dulhaniya.