Mom-to-be Alia Bhatt has slammed a report claiming that, Ranbir Kapoor will soon fly to London to bring his pregnant wife home, the online portal also stated that Alia Bhatt has planned her pregnancy in such a way that her film commitments are not affected and the actress ‘will take rest’ on reaching Mumbai.

Alia has strongly reacted to these claims and penned a hard-hitting message on Instagram, she wrote: “Meanwhile we still live in some people’s heads we still love in some patriarchal world…fyi. Nothing has gotten delayed!!!! No one needs to PICK anyone up, I am a woman not a parcel!!!! I do not need to REST at all but good to know you’ll have a doctor’s certification as well. This is 2022. Can we please get out of this archaic way of thinking! Now if you would excuse me…my shot is ready.” 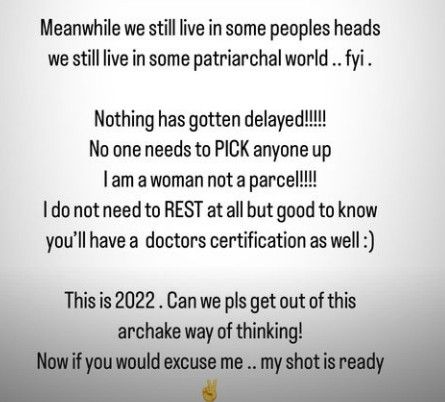 Earlier, Alia had shared an unseen picture with Ranbir Kapoor, thanking everyone for the congratulatory messages she received after her pregnancy announcement post. “Overwhelmed with all the love! Have tried to read everyone’s messages and good wishes and all I want to say is, it truly feels so special to celebrate such a big moment in our lives with all your love and blessings! Thank you to everyone single one of you.” 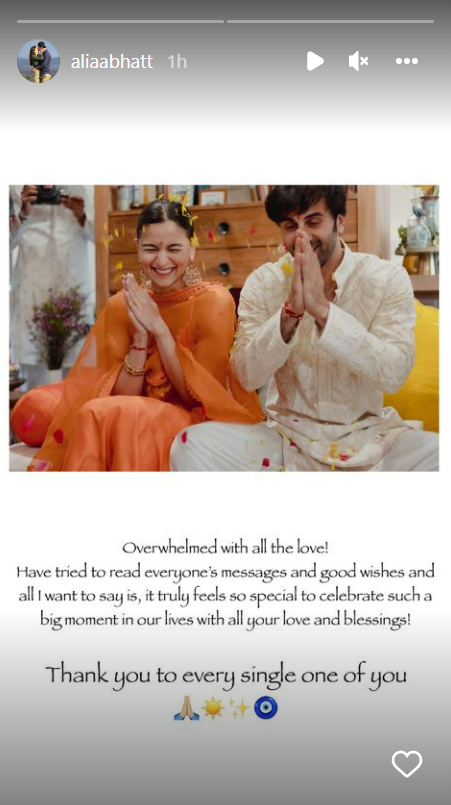 Alia and Ranbir have been breaking the internet ever since the actress’ pregnancy announcement on social media. Congratulatory messages have been pouring in for the couple ever since she shared a pic from her ultrasound confirming that they are expecting their first child together. Alia took to Instagram and shared a photo with Ranbir Kapoor in the hospital, confirming that the couple is expecting their first child soon. Her second photo featured two lions and a lion cub. Alia wrote, “Our baby… coming soon.”

Ranbir and Alia got married in April this year after being in a relationship for about five years. The couple tied the knot in a private and intimate wedding ceremony at Ranbir’s house in Mumbai. Their wedding festivities were attended by family members and a handful of close friends.