Forensic Review: Forensic starring Radhika Apte, Vikrant Massey, Ronit Roy, Prachi Desai and Vindu Daara Singh in stellar roles has started streaming since June 24. Radhika and Vikrant’s crime thriller is an edge of the seat murder mystery with an unpredictable storyline. The investigative thriller surprises audiences with new twists and turns, every time they think the suspense element got busted. The psychological crime suspense saga keeps the audience hooked from the beginning till the end. Radhika and Vikrant yet again treat movie buffs with their power packed performances despite a few minor glitches in the screenplay and redundant direction comprising few scenes.

What is The Film About?

Forensic is a hard-hitting psychological crime thriller about a series of child murders by a serial killer who could be a 10–12-year-old. Sub-Inspector Megha Sharma (Radhika Apte) is handed over the case due to the sensitivity of the matter involving child victims and their parents. Megha must work on the case along with forensic expert Johnny Khanna (Vikrant Massey) with whom she has a history. Megha is fighting her own demons as she is also the guardian of her deceased sister’s daughter Aanya (Harbandana Kaur). Megha and Johnny need to get over their personal differences in order to find out the serial murderer who has become a threat to the town. 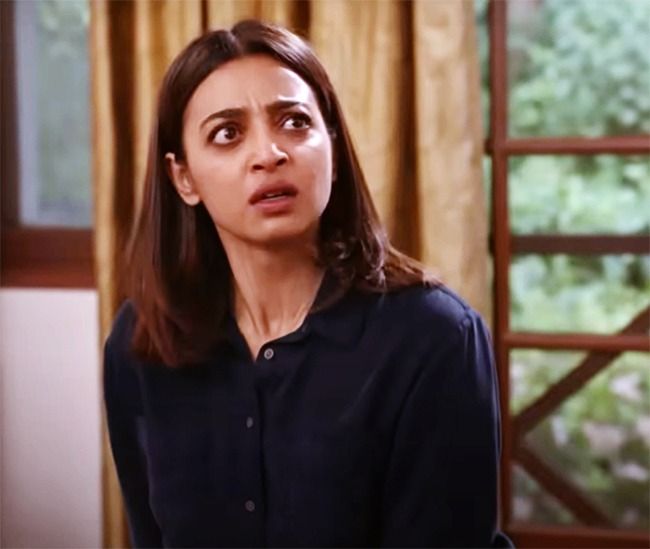 Radhika is one actor who is uninhibited and least self-aware while portraying her character on-screen.

Important Issues Discussed in The Film

Forensic delves deep into the mindset of juveniles who are provoked into heinous crimes due to abusive parents or their traumatized childhood. Juvenile crimes are a reality which has been widely reported, yet least discussed or debated in mainstream media or parliamentary sessions. Radhika and Vikrant’s characters focusing on criminal psychology while studying the pattern of murders and trying to get a lead for the evidence is also an important aspect in the film. The crime-thriller goes beyond the concept of good and bad by giving an insight into the criminal mind that is triggered into brutal crimes. The film also throws light on certain gender stereotypes and biases that also instigates criminal behaviour. Juvenile crimes and crimes against children have been showcased aptly by the filmmaker and scriptwriters. Director Vishal Furia, story writers Adhir Bhat and Ajit Jagtap and screenplay writer Vishal Kapoor have succeeded in their attempt towards creating awareness towards a neglected yet sensitive topic. 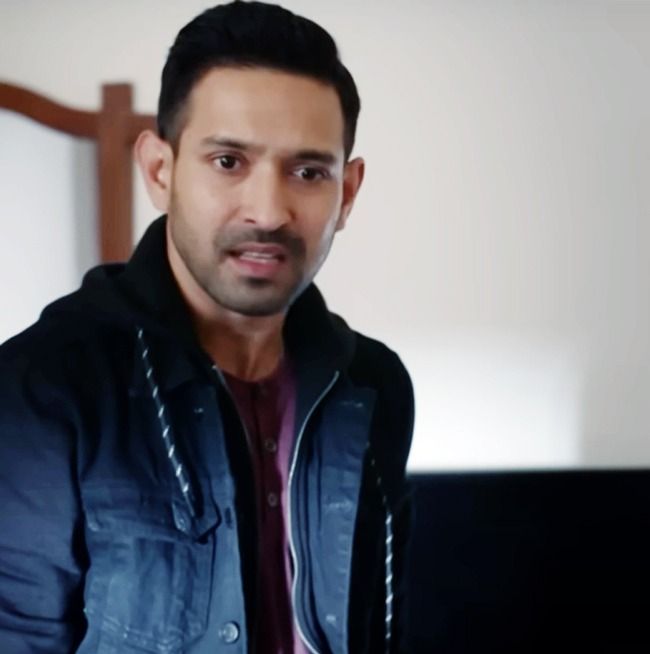 Vikrant’s artistry is spot on in every frame as the flamboyant, clever, foresighted and courageous forensic expert.

Radhika and Vikrant are the backbone of the film as the duo are convincing as Megha and Johnny. Radhika is one actor who is uninhibited and least self-aware while portraying her character on-screen. Megha may not be one of the most challenging characters, yet Radhika does justice to the role with her flawless screen presence. Vikrant’s artistry is spot on in every frame as the flamboyant, clever, foresighted and courageous forensic expert. Vikrant and Radhika’s subtle intimacy creates fireworks as they showcase their believable chemistry as ex-lovers. Certain unwanted song sequences or the stereotypical love angle between Radhika and Vikrant makes the plot vague at certain points. Radhika and Vikrant’s love story wasn’t unnecessary though as the brief romance fills in the light-hearted moments in the otherwise serious murder mystery.

Prachi Desai as Dr Ranjana Gupta, the closeted trans woman psychiatrist, who changed his gender to hide his identity has done a fine job with a complex character. The actor, rather known for playing the sweet girl next door has hit the bull’s eye this time with her negative portrayal. She deserves accolades for accepting and performing well a role which is not conventionally designed for Bollywood actresses. Prachi is the real surprise element of the film, and kudos to her for attempting to do something completely opposite of the modest characters she’s known to feature in – from Kasam Se to Bol Bachchan.

Harbandana Kaur and Nikhil Chawla as Aanya and Rohan respectively essay grey shaded characters with utmost conviction and authenticity. Juvenile crimes have been soulfully depicted by the young artistes with their sheer dedication and honesty to the narrative. Director Vishal is worthy of laurels for getting child actors play such emotionally and psychologically demanding roles.

Rohit Roy as Aanya’s unpredictable father Abhay Khanna has finally got his dues as an actor and made his presence felt with his acting prowess. Anant Mahadevan in a special appearance as Dr Ramesh Gupta delivers an impactful performance being a top-notch thespian as always. Vindu Dara Singh as senior constable Vinod Rawat gets enough screen time and has done a noteworthy act in the film. Subrat Dutta as senior inspector Ved Prakash Mathur is also impressive.

Forensic undoubtedly stands on Radhika and Vikrant’s shoulders as the actors give it their best shot. However, the decent job by the supporting cast and the novelty in the issue of juvenile crime addressed in the story make it an engaging watch. The crime mystery has been rated U/A 16 plus. Given the fact that in India under 18 age group is considered minor the film is meant strictly for adults. A must watch for those who are obsessed with investigative dramas or murder mysteries. Watch out for the talented actors and a unique psychological thriller on social crimes.

Forensic is streaming on ZEE5 since June 24.

For more updates on Forensic, Radhika Apte and Vikrant Massey, check out this space at India.com.