Bollywood actress Alia Bhatt is currently in London shooting for her upcoming Hollywood debut film- Heart Of Stone. The ‘Gangubai Kathiwadi’ actress recently took a break from the shoot to meet her actor-husband Ranbir Kapoor’s extended family in the city over dinner. A picture of Alia bonding with Ranbir Kapoor’s family over dinner has surfaced on the internet and it is going viral. The picture proves that Alia is indeed close to her husband’s family and enjoys spending time with them even when Ranbir is not there.

In the viral picture, all of them were seen seated around a table at a restaurant. Alia can be seen sitting and posing along with her sister Shaheen Bhatt, Amitabh Bachchan’s daughter Shweta Bachchan Nanda, Ranbir’s aunt Rima Jain and Nitasha Nanda. Armaan and his wife Anissa Malhotra stood behind Rima and Alia respectively. For the outing, Alia wore an all-black dress and golden earrings. All the other members were also seen dressed in black dresses.

Alia Bhatt with the Ranbir Kapoor’s family in London 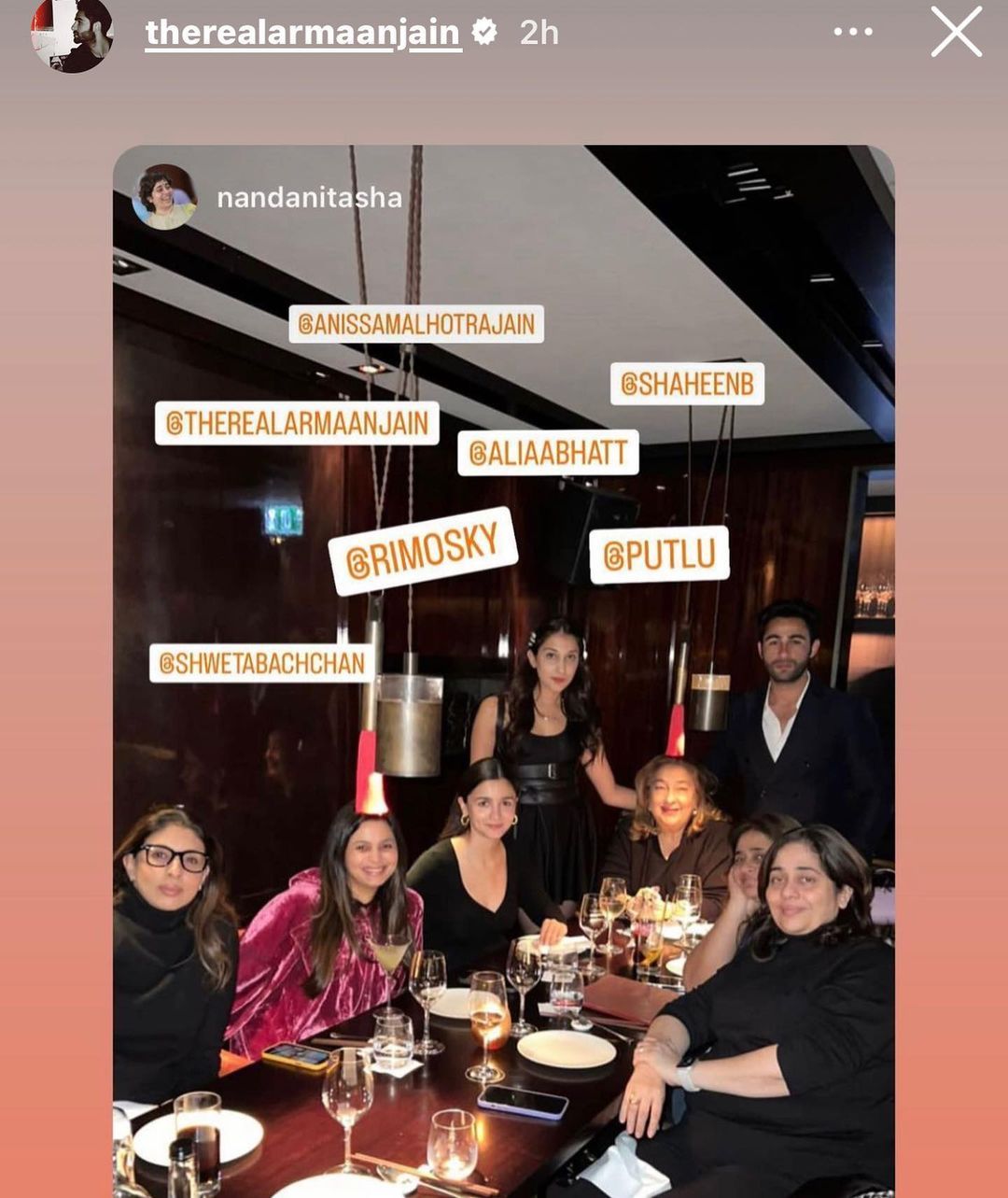 Meanwhile, in another video shared by a fan account on Instagram, Alia can be seen engrossed in a conversation with actor Saif Ali Khan, Anissa and Armaan were also seen with them. Armaan even pulled Alia’s cheeks in the video.

On the work front,Alia Bhatt will next be seen in Rocky Aur Rani Ki Prem Kahani opposite Ranveer Singh. She is currently shooting for Netflix’s spy thriller- Heart Of Stone. The film also features Gal Gadot and Jamie Dornan. The project is helmed by British filmmaker Tom Harper.