Ajay Devgn on Kids’ Early Exposure to Social Media: Actors and celebrity couple Ajay Devgn and Kajol who have been together for more than 2o years have two adorable kids, daughter Nysa Devgan and son Yug. The duo loves their children and ensures that they are grounded by instilling in them positive life values. Singham actor believes that the strict parent is a thing of the past and that today’s conditions demand a more friendly approach. He talked about his children Nysa and Yug’s early exposure to social media and remarked that it’s impossible to avoid it these days.

The infiltration of social media and the internet in today’s digital era is extensively seen in everyone’s life. Star kids are increasingly becoming accessible targets for paparazzi. When it comes to his children’s early exposure to the spotlight, Ajay Devgn expressed his feelings when his daughter Nysa’s pictures emerge all over the internet. In an interview with Hindustan Times, he said, “When times change, you can do nothing. Social media is the order of the day. There is no escaping it. Why should it be any different for my kids?” Ajay Devgn said, “Today parenting is a full-time passion. You must be protective about your kids but you also need to be friends with them. The need to instill good values in them; the need to discipline them is definitely important. However, the way the world is evolving, ‘strictness’ per se, has no place in parenting. When I was growing up, my father was a strict man. However, I understood the reason behind his being strict. Kajol’s parents did a fantastic job of bringing her up.” 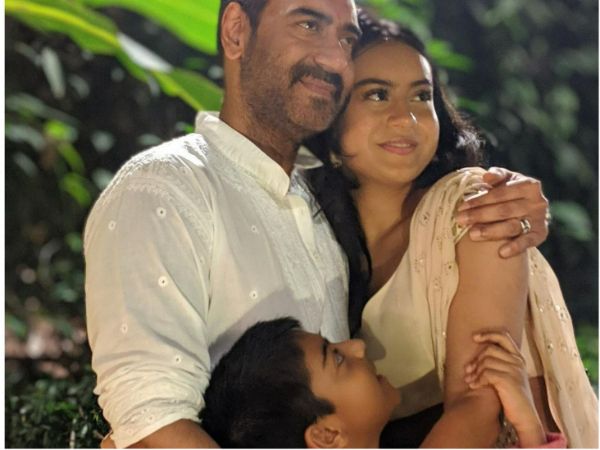 In the very same interview, Ajay mentioned that he had many open conversations with his children, Nysa and Yug, as a father. He also stated that, despite their star position, he and his actress-wife, Kajol, want them to remain grounded human beings.