Check out this post shared by Moosewala few weeks before his death:

295 is on the fourth position on the global chart and at the second place at YouTube Music’s Top Artist list. Moosewala’s another track The Last Ride saw an upward trend on the chart as it is now listed on the sixth spot. The Last Ride has amassed over 73 million views on YouTube. Moosewala has a cult following in India, especially the Punjabi music industry with songs such as So High, Same Beef and Just Listen.

Moosewala’s fans recently reacted on 295′ song video posted on the late singer’s Instagram handle. Moosewala’s followers dropped in emotional comments and emojis. A netizen commented, “Your lyrics says it all… How shity people are there in this world 😢.” Another fan wrote, “miss u brother.” A netizen also commented, “will always remember this day 29 5.” 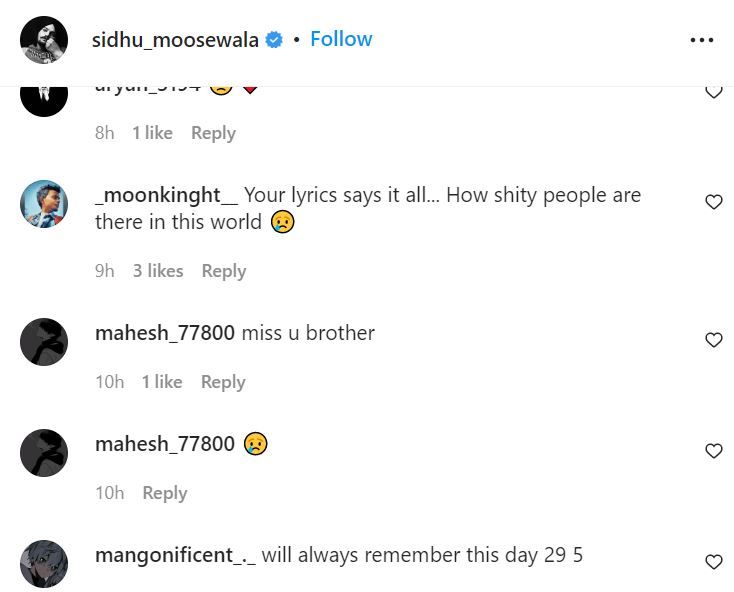 Moosewala, who had joined the Congress months before the state assembly polls, was shot dead on May 29 by unidentified assailants in Punjab’s Mansa district, a day after the state government curtailed his security cover. Moosewala’s murder had shocked the Indian film and music community with scores of Indian artistes paying tribute to the Punjabi singer on social media. From the global music community, Canadian rapper Drake had condoled Moosewala’s death on May 30.

For more updates on Sidhu Moosewala death, check out this space at India.com.