Sara Ali Khan, Kartik Aaryan Reunited: Bollywood actors and one of the hottest rumoured couples Sara Ali Khan and Kartik Aaryan were together spotted at an award ceremony in Mumbai last night. They didn’t just meet, but also greeted each other nicely. There is a video doing rounds on the internet where Kartik was seen hugging Sara, later on, they also posed for the paps. Fondly known as Sartik by fans, Sara Ali Khan and Kartik Aaryan reportedly dated during the shooting of Imtiaz Ali’s Love Aaj Kal 2. However, the two remained tight-lipped about their love life and never confirmed about dating and break up.

On Thursday night, at the award ceremony, Kartik and Sara twinned in black and looked amazing together. Dressed in a sheer sexy black high-slit dress, Sara won millions of hearts with her look. Kartik, on the other side, looked dapper in a black tuxedo. Fans have gone crazy over their reunion last night and said ‘too much hotness in one frame’. Another one said, “🔥🔥🔥🔥finally #sarthik”. A few said they were feeling awkward. “How awkwardly they are seeing each other,” one netizen wrote.

A look at their moments. 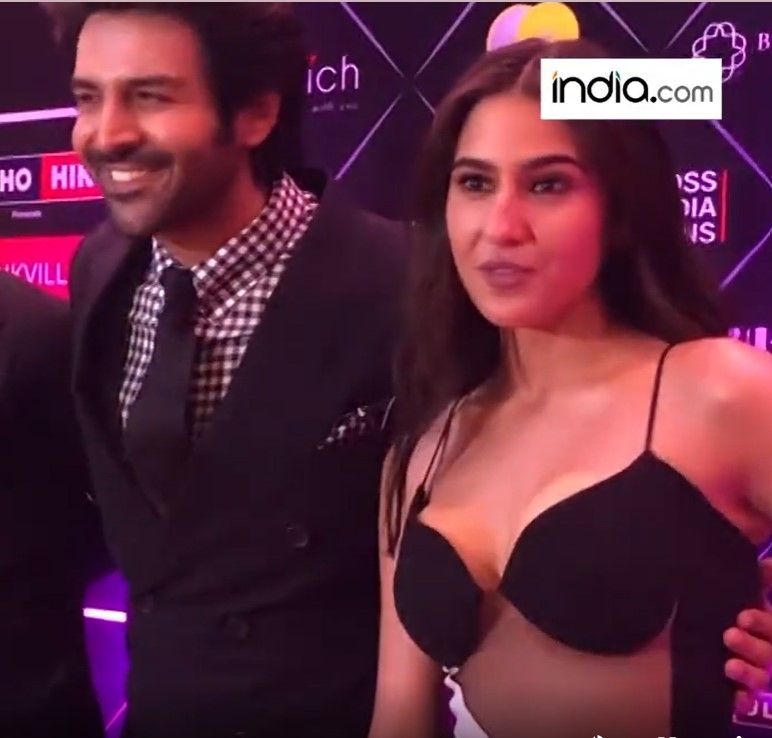 For the award ceremony, Sara Ali Khan Sara opted for David Koma’s black tulle insert and crystal midi dress. It is part of the Spring/Summer 2022 collection of the label.