Kim Kardashian stirred the Internet when she donned Marilyn Monroe’s iconic dress to the 2022 Met Gala, but apparently, it’s been claimed that she did not cause any damage to the gown. A recent photo was seen floating around social media, which allegedly showed the dress before and after Kim Kardashian wooed the world with her appearance at the glamourous event. However, a rep for Ripley’s ‘Believe It or Not!’, who bought the dress for USD 4.8 million in 2016, has come to Kim’s defence, as per reports from TMZ.

The representative told TMZ, “A report written on the dress’s condition in early 2017 states, ‘a number of the seams are pulled and worn. This is not surprising given how delicate the material is. There is puckering at the back by the hooks and eyes,’ among other instances of damage.” Clearly, the photo of the iconic dress claiming to be from ‘before’ was taken before Ripley’s even acquired the dress, TMZ reported.

The representative told TMZ that since the purchase of the dress, Ripley’s has displayed it around the world; a process that has also put the iconic dress at risk for potential damage. 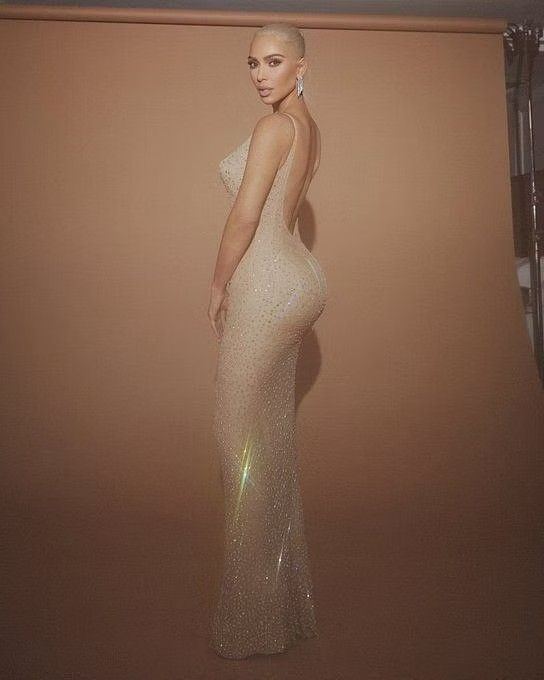 Kim Kardashian stirred the Internet when she donned Marilyn Monroe’s iconic dress to the 2022 Met Gala.

Amanda Joiner, Ripley’s Vice President of Publishing and Licensing, who was with Kim and the dress the entire day of The Met, said, “From the bottom of the Met steps, where Kim got into the dress, to the top where it was returned, the dress was in the same condition it started in.”

The dress is exactly what Marilyn wore when she sang on President John F. Kennedy’s birthday in 1962. Kardashian had lost 16 pounds to fit the piece after Ripley first refused its permission.

Kim was also gifted with Monroe’s hair. One of the reports accused her of damaging the dress, also stated that her hair was fake. This claim has also been debunked, as per TMZ.

Kim had already received quite some flak for the alleged damage to Marilyn Monroe’s dress, but this statement from Ripley’s comes at a time when the ‘Keeping Up With Kardashians’ star might just prove the doubters wrong.