Shah Rukh Khan in Brahmastra trailer: A lot has been said and discussed about Shah Rukh Khan’s appearance in Brahmastra. The Ayan Mukerji directorial is out with its trailer and the audience has received the taste of the grandeur and the saga that’s associated with the film. However, one thing is still under wraps – SRK’s role in the film. The trailer of Brahmastra though might just satisfy the fans’ curiosity if they are quick to spot their favourite superstar in the two-and-a-half-minute video.

As per many theories on the internet, SRK is playing the main villain in the film, a scientist who has got access to Brahmastra – the most powerful weapon/ force in the universe. Ranbir’s Shiva, who is also a force in himself – the ‘agni astra’ – tries to protect Brahmastra from SRK’s character and there begins the whole epic clash. 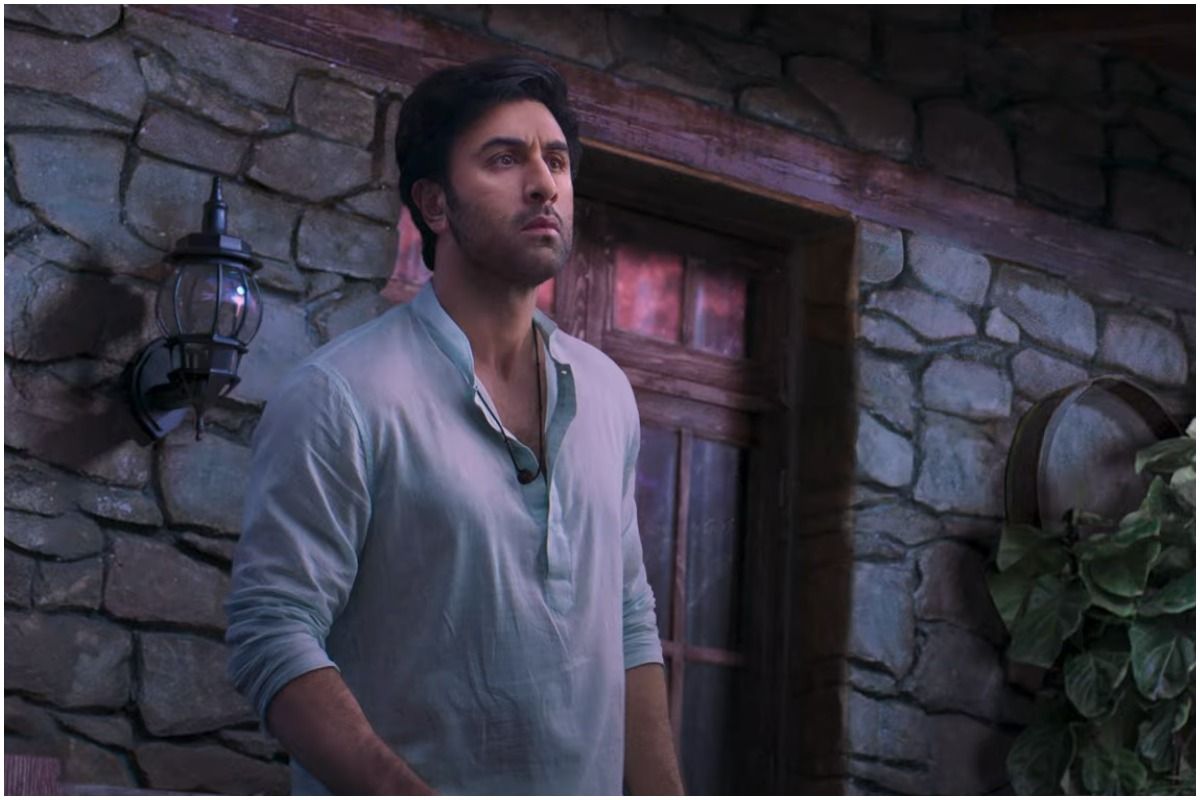 However, nothing about this theory is confirmed yet. As per another theory, Shah Rukh could just be the biggest power himself – the Brahmastra. Considering the trailer establishes that there are living and walking ‘astras‘ in the world with Ranbir being the ‘agni astra‘ and Nagarjuna Akkineni’s character being the ‘jal astra‘ and so on, it won’t be an exaggeration to show SRK as the God of all astras – the Brahmastra. 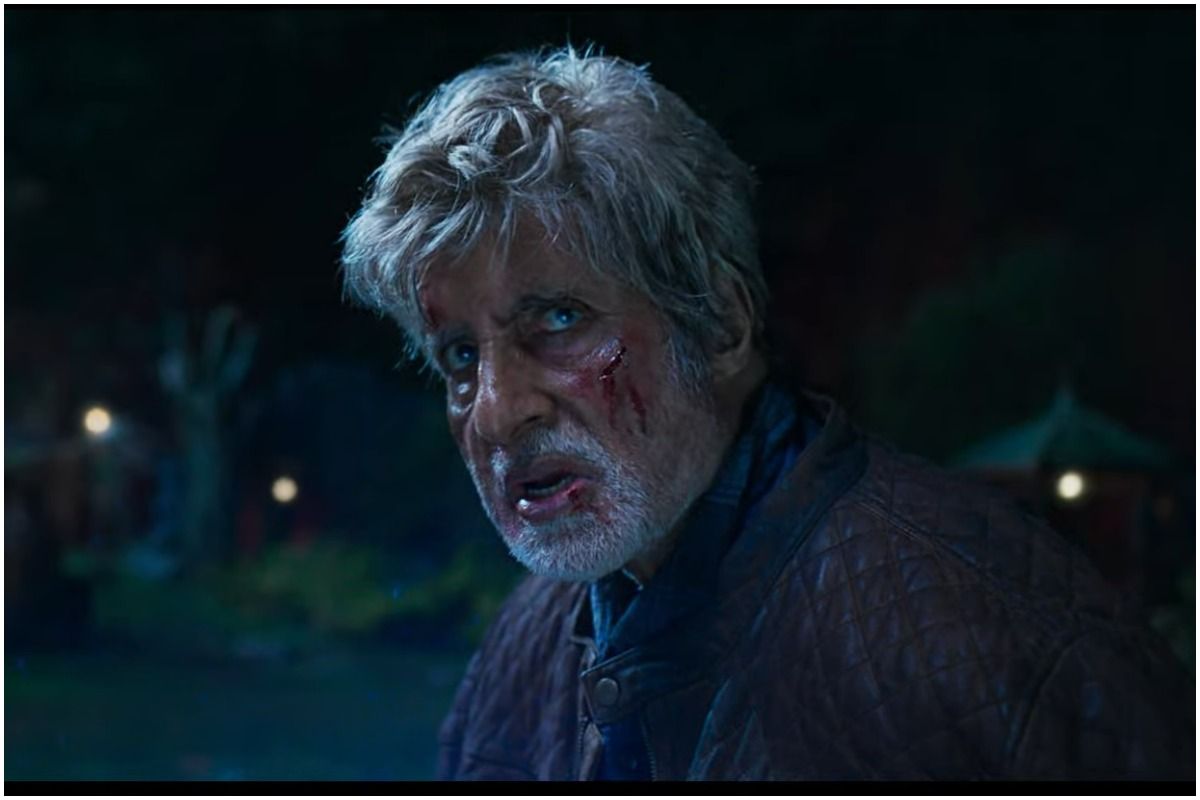 Now, here’s where we found the glimpse of Shah Rukh Khan in the Brahmastra trailer – the giant figure made of fire with a special stone inserted in his chest (remember Tony Stark’s heart that powers his Iron Man?). One can see Shiva standing right in front of that majestic figure as it rises bigger in the sky. Watch at one minute, 35 seconds. 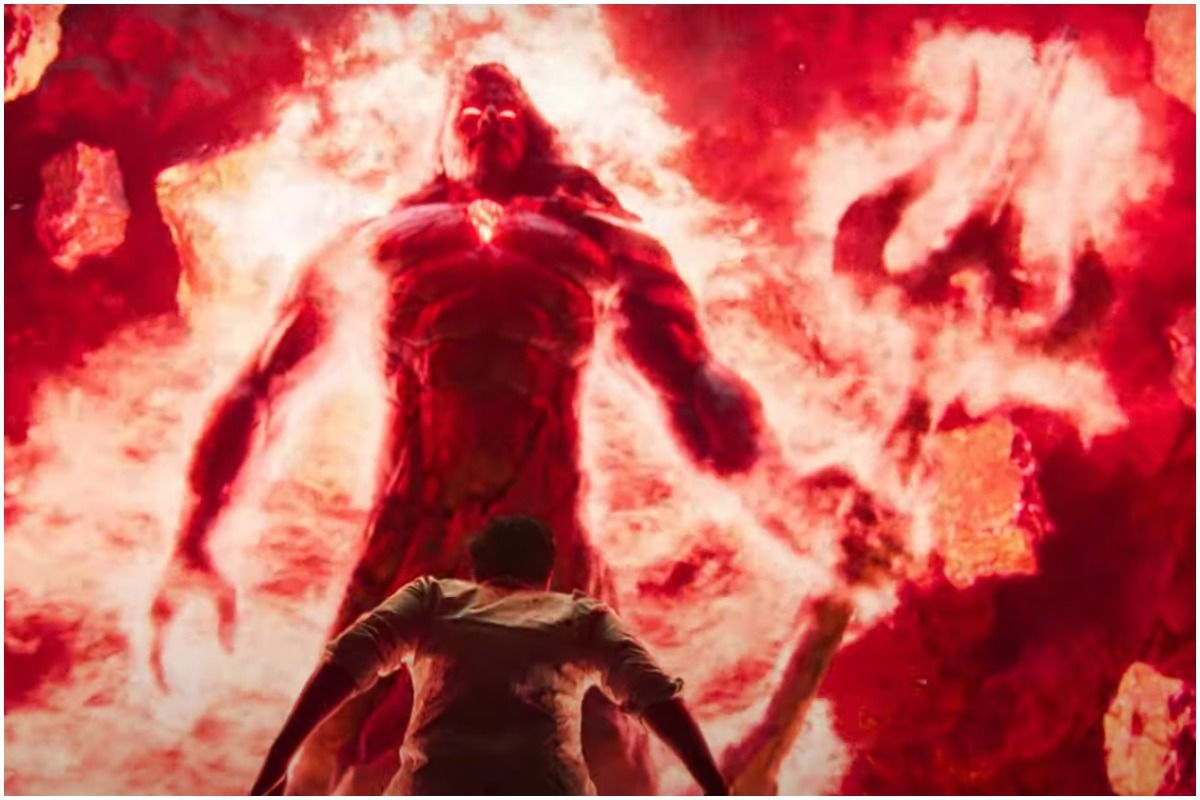 It’s interesting to see how Ayan Mukerji has attempted to show what no filmmaker in India has ever done before. He has made Brahmastra a three-part series and this definitely looks beyond a simple superhero movie. This is a big fantasy drama where the makers have taken references from mythology and haven’t shied away from using tons of VFX to narrate their story. Brahmastra Part One: Shiva is likely to focus more on the story of Shiva’s self-discovery as a superhero who can emanate fire. As shown in the trailer, he tries to make sense of what’s happening to him and around the world as he joins this group led by Amitabh Bachchan where more people like him get trained to protect the universe and the biggest weapon of all – the Brahmastra.

Did you check out the trailer yet? Watch it here:

Brahmastra, produced by Karan Johar, Ayan Mukerji and Ranbir Kapoor among others, is slated to hit the screens on September 9 this year. This will also be Ranbir and Alia’s first screen outing after their marriage earlier this year. Excited?