Viral Video: Remember how in 2012, the song Gangnam Style became crazy viral and had the whole world grooving to its peppy beats! Cut to 2022, the song’s 44-year-old singer PSY has collaborated with BTS’ Suga for a new foot-tapping hit song ‘That That’. Not only that, he also added a quite popular element of pop culture that almost made it to the official video. Recently, he shared two videos where he was dressed up as the scary doll Younghee from the widely popular Netflix series Squid Game. FYI, Younghee is the giant, creepy-sounding, that used to spot people moving and shoot them dead, in one of the first games.

In the video, PSY can be seen wearing the signature orange dress over the yellow tee, with his hair tied in two pigtails. In the first video, Psy can be seen playing at a pool table and sucking a lollipop in his mouth. “Releasing this one from the deleted scenes. Younghee almost made a special appearance on #thatthat_psyxsuga,” read the caption.

In the second video, the pop star shared a video in which he is seen grooving to the title track from his recent album. Dressed as Younghee, PSY was seen dancing happily to the song in the same set of his music video against the salon bar seen in the background.

Here is the video:

Netizens were delighted to see the pop-star in his element and loved the energetic dance. One user wrote, ”Lol You are too much, I love it.” The comment section is fill of heart and love emojis. 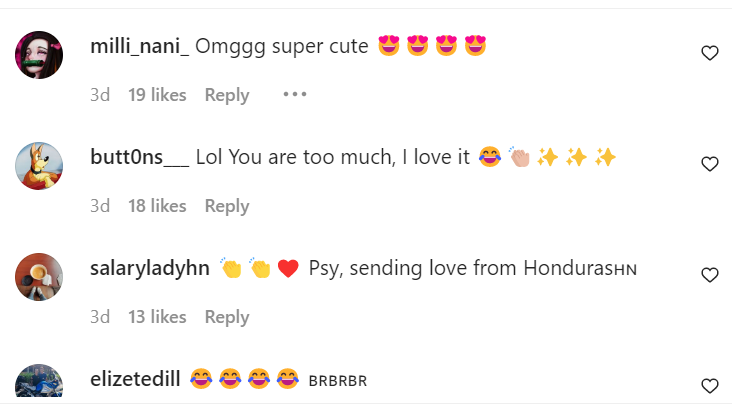 What do you think of PSY’s new song?