Hina Khan at Cannes 2022: Hina Khan is at the Cannes International Film Festival to launch the poster of her upcoming film. The actress is a popular face in the country and is making her second appearance at the big event after her debut in 2019. Hina says a lot of things changed after she walked the red carpet of the ceremony two years back but there’s a certain amount of discrimination that still exists.

Speaking to Film Companion, Hina expressed disappointment at not being called in for the opening ceremony of the Indian Pavilion at the ongoing film festival. On Wednesday, the Indian pavilion was launched at the Cannes 2022 where Deepika Padukone, Nawazuddin Siddiqui, Urvashi Rautela, Pooja Hegde and others were present to represent India at the event. Talking about the same launch, Hina mentioned in the interview that she was not even called as part of the audience for the launch and that’s very distressing since she is also representing the same industry and the same country at Cannes. 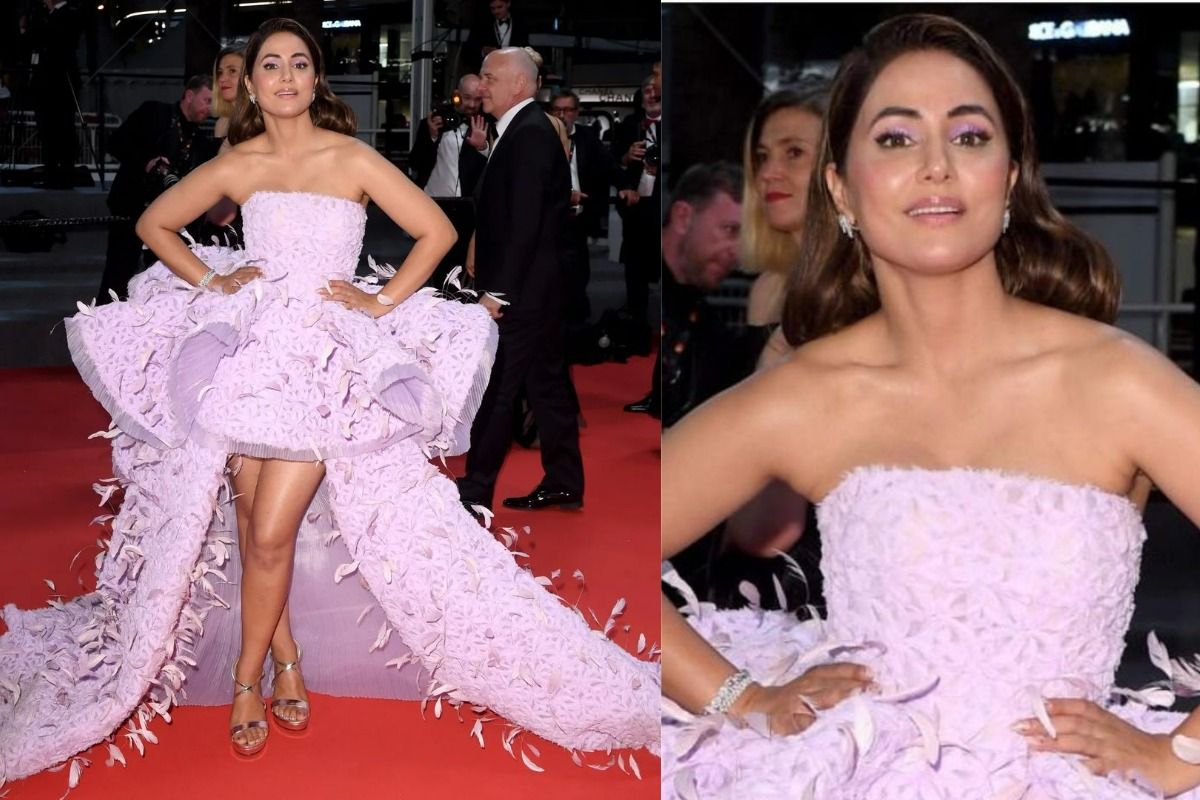 When asked if her Cannes debut had an impact on her career, Hina said, “Things changed after Cannes for me. I would not deny that. It did get a bit easier when it comes to work, meeting people or how they look at you and greet you and when it comes to a lot of designer stuff that we wear. Of course, they are still many who have their own reservations but there are many who did reach out to me and tell me ‘we are not like others and you can reach out to us’.”

The actress, who rose to fame after her stint on the TV show Yeh Rishta Kya Kehlata Hai, added that she is still labelled as a ‘TV star’ despite doing all kinds of work in movies and the web. She said, “I am welcomed here now but at the same time, it is tough as well to create your own space and table or to even have a seat at a table. Sometimes, you won’t even be allowed to create your own space so then you probably have to create your own table, have your own talents and create your own seat… because it’s very difficult from the background that I come from because I am still slapped with this thing (label) that they use for me – that I am a ‘television star.’ Some of them still call me a TV star, not an ‘actor from India.’ ”

The actress went on to express how it didn’t make sense when she wasn’t called to participate in the launch of the Indian pavilion. She said, “We all belong to the same industry. We all are in the entertainment business. We’ve all come here to represent India. I am very excited about the launch of the poster of my film. I have everyone out there who knows I’ll be coming to the Indian pavilion to launch the poster of my film. There’s this elitist system and elitist game that still exists.”

The actress elaborated on how she’ll continue her fight to erase this kind of ‘elitism’ in the industry. Hina said, “There was an opening ceremony that happened in the Indian pavilion. All the talents, my contemporaries – everyone was there and not just from Bollywood but from all across the industries. We had singers there and many well-known talents. I don’t envy them. I am proud of them but it’s disheartening that I wasn’t there… why was I not there? I could have been there, as part of an audience at least cheering up for them while they were doing the Ghoomar. I loved the video that went viral. I felt proud of my country. I don’t blame the actors, the celebs. I think it’s the people on the field who act, who make such things possible when a certain fraternity comes together. So, we all talk about women’s empowerment and equality but it’s easier said than done. We still need to change a lot. Probably the next year when I come to Cannes, I would be a part of it.”

Earlier in 2019, Hina had called out the popular fashion designers for not giving her their creations to flaunt on the red carpet of Cannes because she was a ‘TV actor.’ Your thoughts on Hina’s statements?