Aishwarya Rai Bachchan at Cannes 2022: Aishwarya Rai Bachchan walked the red carpet of the Cannes international film festival wearing a voluminous black gown. The actress looked drop-dead gorgeous as she made a statement appearance on the red carpet at the ongoing event where she attended the special screening of Tom Cruise starrer Top Gun: Maverick. The actress’ giant gown was by the designer label Dolce & Gabbana.

The highlight of her gown remained those extravagant flowers that added more volume to the overall look and also stood on the red carpet. Aishwarya has been making statements on the red carpet of Cannes for years now by choosing to appear in dresses that are slightly unconventional. During her last appearance at the French Riviera, the former Miss World wore a purple sparkly number that was shaped to look like a giant butterfly on the red carpet. Before that, she rocked a Cindrella-esque look that looked straight out of a Disney story. This time, however, she let her dress take all the limelight. 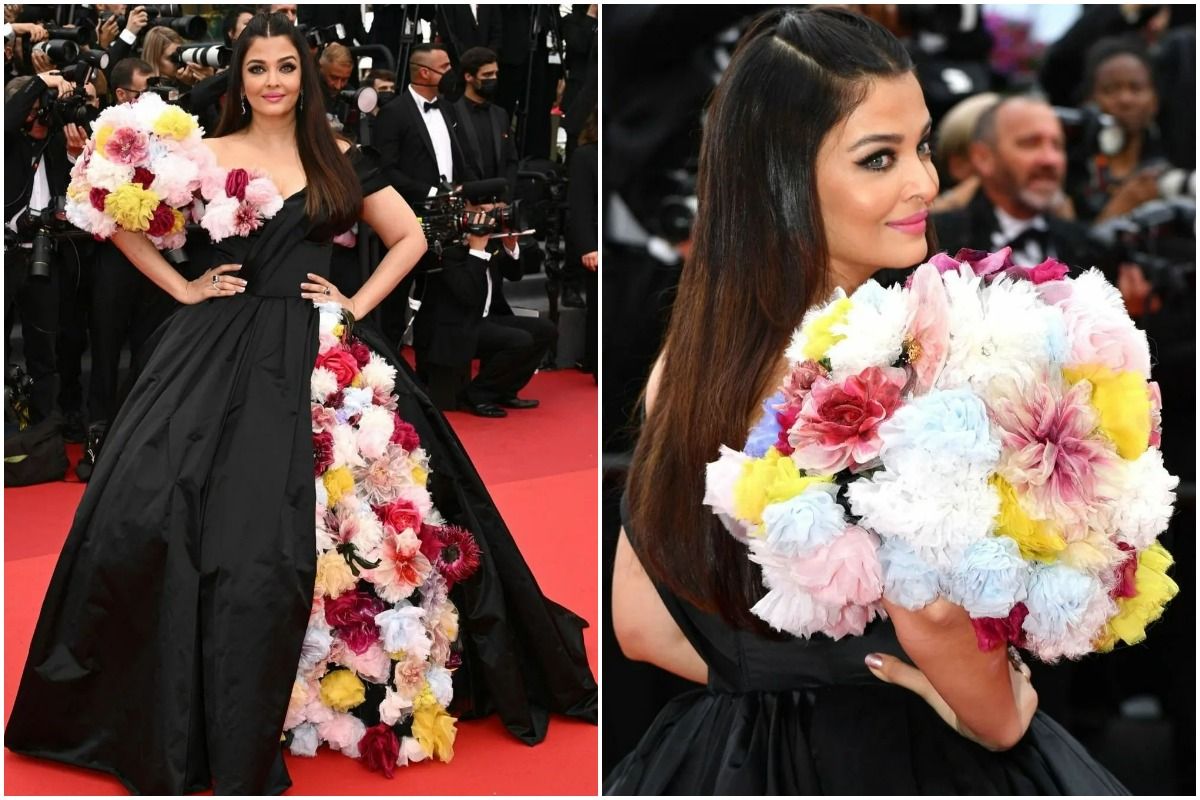 Aishwarya Rai kept her makeup subtle and stayed from experimenting. In fact, it seemed like that rare appearance where she didn’t apply that trademark red lipstick of hers. The actress, who was also spotted hanging out and posing with her old pal Eva Longoria (of Desperate Housewives fame), added a sleek pair of earrings to go with her look while her hair was half-tied into a subtle middle-parted do.

Before this black look, Aishwarya stunned her fans in a striking Fuschia look as she posed for the shutterbugs at the French Riviera. The actress left India on Tuesday as part of her promotional duties for a brand at the ongoing international film festival. Her daughter, Aaradhya Bachchan, and husband, Abhishek Bachchan, accompanied her to France. 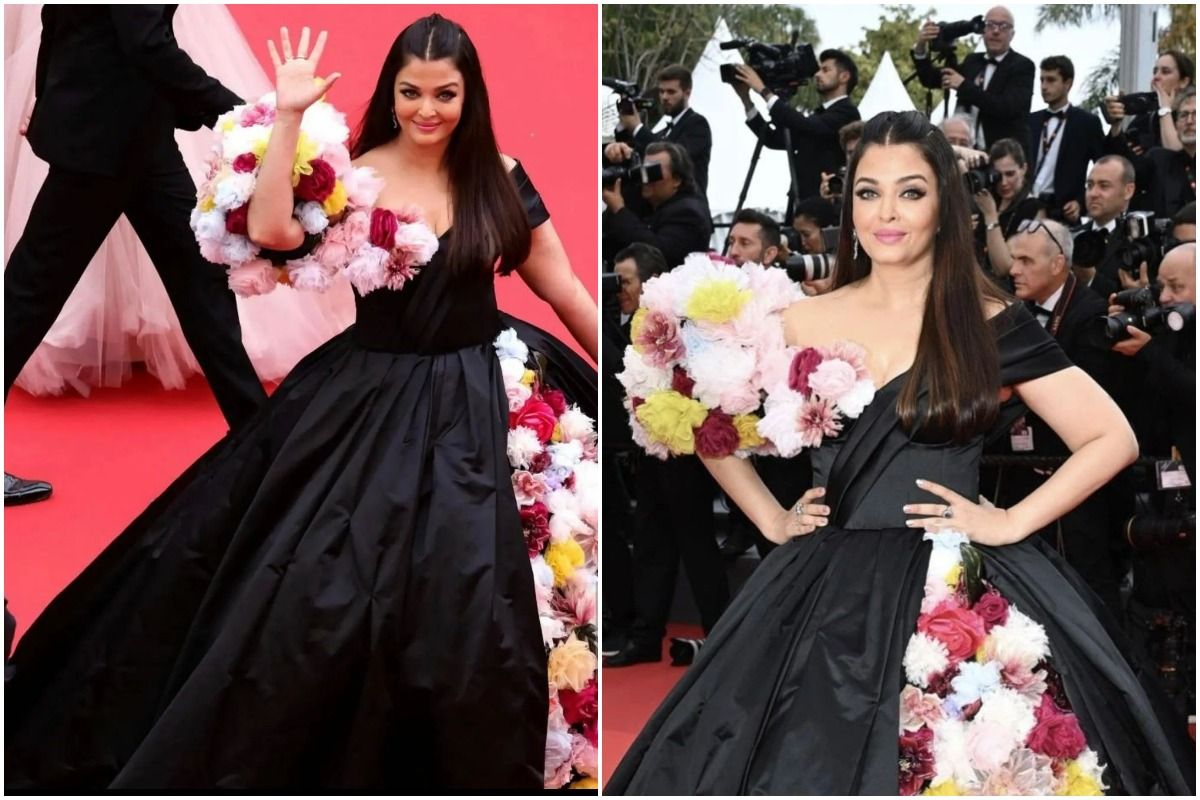