Cannes: Zamin Pe Falak Se Pari Aa Gayi Hai…goes a line in one of the song in Dharmesh Darshan’s superhit movie Dhadkan (2000). When Deepika Padukone walked the red carpet at the Cannes 2022 in a Sabyasachi sari wearing a million-dollar smile paired with jewellery pieces, it was nothing but an apsara (angel) walking the earth. Deepika was the very essence of style, of confidence, of beauty — as the world of cinema returned to Cannes, a resort town on the French Riviera. “The sari is a story I will never stop telling. No matter where we are in the world, it has its place,” designer Sabyasachi Mukherjee wrote on his Instagram. Deepika with her elegance and beauty ensured India was on top of the world at Cannes 2022. 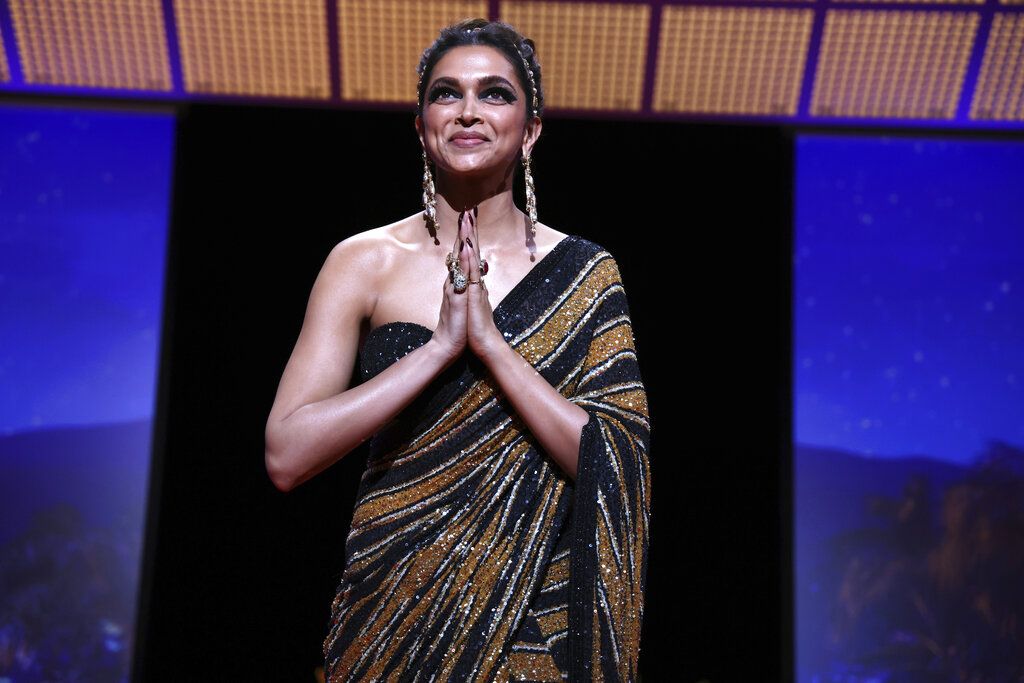 Deepika wore a sequin golden-black striped 6-yard-garment that represented Indian Bengal Tiger. In the designer’s own words, the sari was conceptualised as part of the iconic Aakash Tara collection that celebrates heritage Indian crafts and techniques through a modern lens. “The stripes have been block printed and hand embroidered by some of India’s finest craftspeople at the Sabyasachi atelier,” detailed a post from the Sabyasachi official.

The headband that Deepika wore pays, “homage to the traditional Indian matha patti headpiece with Art Nouveau detailing, while the chandelier earrings updates a classic with an Art Deco gaze.”

“And there are people who’ll want to sit in the comfort of their home and watch it on an OTT platform as well. And I don’t think the two things are mutually exclusive. I think today I have the option as an audience to sit at home and watch a movie, but I also have the option to go into a theatre and have that experience as well. I don’t think that one is sort of eating into the other,” Deepika said.

Asked whether filmmakers had to adapt, she replied yes, maybe.

“Yes, maybe. Maybe the kind of stories that we tell, maybe in the formats that we tell in, a little bit. Maybe if you’re making a film for an OTT platform, maybe the kind of story that you’re telling or the scale of it might vary a little bit. But I look at it as a good thing. I feel like it’s given so many more people so many more opportunities – actors, writers, producers, directors. So I just look at it as a much bigger opportunity and not really one thing eating into the other.” 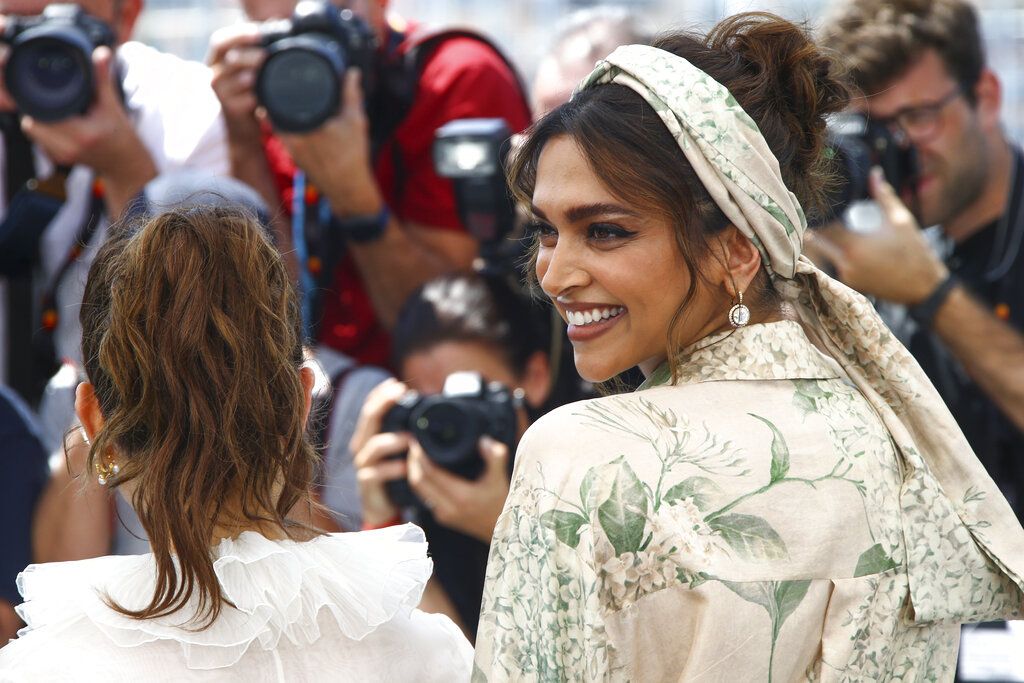 Jury members Deepika Padukone, right, and Noomi Rapace pose for photographers at the photo call for the jury at the 75th international film festival, Cannes, southern France, Tuesday, May 17, 2022. (Photo by Joel C Ryan/Invision/AP)Earlier, the 75th Cannes Film Festival kicked off Tuesday with an eye turned to Russia’s war in Ukraine and a live satellite video address from Ukrainian President Volodymyr Zelenskyy, who called on a new generation of filmmakers to confront dictators as Charlie Chaplin satirized Adolf Hitler.

“We need a new Chaplin”

Zelenskyy quoted Chaplin’s final speech in “The Great Dictator,” which was released in 1940, in the early days of World War II: “The hate of men will pass, and dictators die, and the power they took from the people will return to the people.”

“We need a new Chaplin who will demonstrate that the cinema of our time is not silent,” implored Zelenskyy. The Ukrainian president pushed filmmakers not to “stay silent” while hundreds continue to die in Ukraine, the largest war in Europe since WWII, and show that cinema “is always on the side of freedom.”