Shah Rukh Khan‘s fans wait for hours, days and even months to get glimpse of him. A photo of the King Khan is doing rounds on the internet where is seen standing with the crew of Dunki. Shah Rukh’s fan page Shah Rukh Khan Warriors FAN club tweeted the picture of Shah Rukh Khan. He wore an all-black look and highlighted the look with his shades and white shoes. SRK looked dapper and fans went crazy over his look as he doesn’t look his age. SRK looks as charming as he used to look 18 years back during Veer Zara and Swades.

The photo also featured filmmaker Rajkumar Hirani and he looked super happy as he stood in a white shirt and pants with a wide smile on his face. 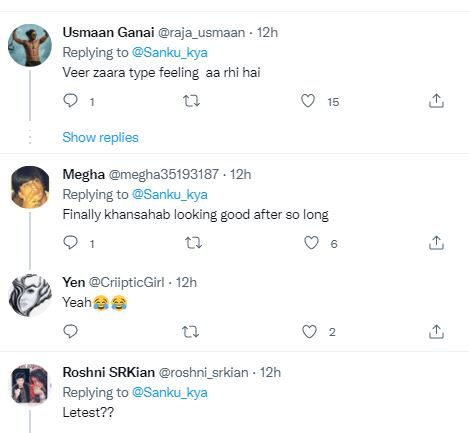 A few weeks back, SRK and  Rajkumar Hirani took social media by storm when they announced their film Dunki. Apart from SRK, the film will feature Taapsee Pannu in the lead role. Hirani and his team made the announcement in a rather novel way.

What do you think of Shah Rukh Khan’s latest pic?