Neetu Kapoor Viral Video: Fans love how veteran actor Neetu Kapoor engages with paparazzi outside the set of her show or near the vanity van. With the paparazzi following her everywhere and asking about her new bahu (daughter-in-law) Alia Bhatt every time, Neetu keeps saying  all nice things about Alia. Recently on the sets of Dance Deewane Juniors, when Neetu was papped in a yellow outfit and gorgeous necklace, a pap asked her about on-screen daughter-in-law from her upcoming film Jug Jugg Jeeyo. Pap asked Neetu how is her on-screen bahu Kiara Advani. Neetu laughed first and gave a cute reply. Even, Kiara responded to the same. 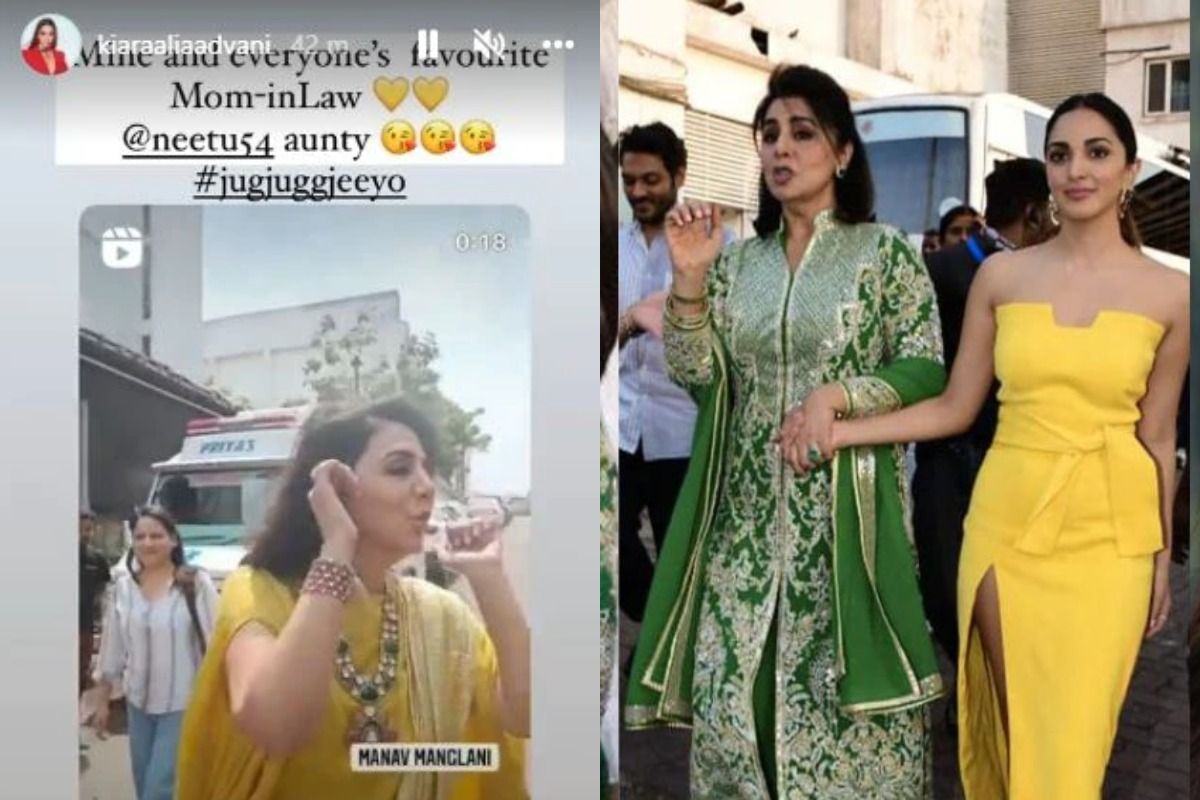 Neetu Kapoor, who judges a dance reality show, stepped out today to shoot its first episode earlier today. She interacted with the paparazzi and also posed for them.