Urfi Javed Celebrates Her 3 Million Followers: Actor Urfi Javed leaves no stones unturned to amuse and entertain her followers. The actor known for her bold fashion choices and sexy outfits recently celebrated her 3 million Instagram followers at a late night party with friends. Urfi took to Instagram to share a hungover video with friends as they carried her in their arms. Check out this tweet by Urfi on her Instagram handle:

Urfi Says Thank You to Stalkers!

The actor who herself confessed about being hungover while filming and posting the video captioned her post as, “First of all I just want to thank you guys for 3 million ! Means a lot ! Thanku to each and everyone who follows me and also those who don’t cause I know you still stalking 😉
Thanku @shwetasrii @mr.medrock @akshitsukhija @abhiishek0204 @pranav_walia @geetajaiswal422_ @sahelhabibkhan @_asfi @the_pixeleyes for this Night !! I rarely post any personal videos but I guess I’m still hungover lol ! Will blame this one too on alcohol !” While carrying the actor in their arms, her friends shouted, “Urfi Javed – 3 million.” Check out the reactions on Urfi’s Instagram video: 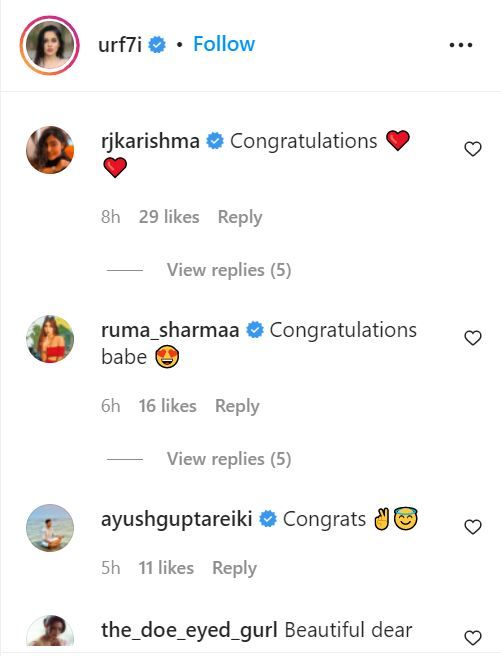 Urfi on Trolling And Threats!

The actor recently confessed about getting rape threats by trolls. Urfi who has often admitted that she likes to make her own life choices, recently said that she does get affected by the internet bullying. The actor has often been targeted by trolls moral policing her for wearing sexy outfits.

For more updates on Urfi Javed check out this space at India.com.