Skip to content
KGF 2 Actor Dies at 54: KGF: Chapter 2 actor Mohan Juneja passed away on May 7 morning. The actor and comedian was suffering from a prolonged illness and failed to respond to the treatment. The 54-year-old took his last breath at a private hospital in Bengaluru. Mohan was reportedly suffering from liver-related issues. Sandalwood expressed its grief on the unfortunate demise of the thespian. Check out this post by Prashanth Neel on his Instagram story: 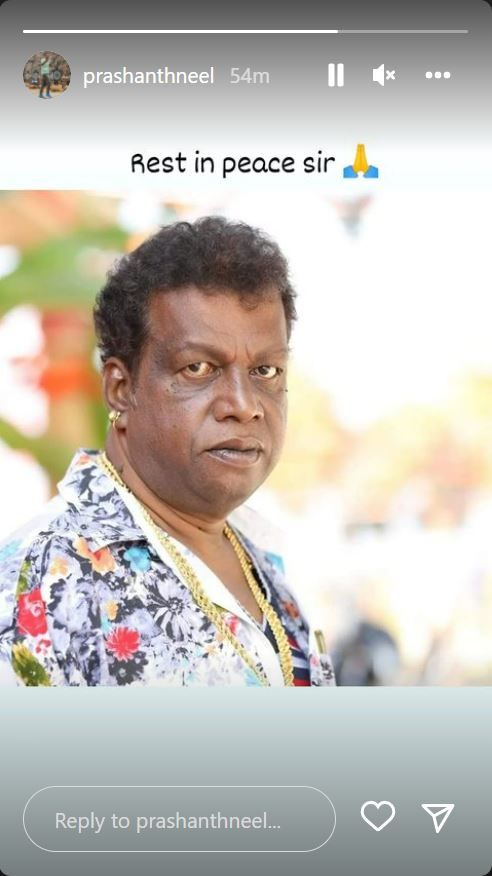 Prashanth, who directed Mohan in KGF: Chapter 2 shared a picture of the actor and wrote “Rest in Peace Sir.” with folded hands. In a decade long career as a comic actor, the KGF 2 actor featured in over 100 films in Tamil, Telugu, Malayalam and Hindi. He had also worked in the first installation of KGF.  Kannada actor Ganesh expressing sorrow over Mohan’s unfortunate demise tweeted, “Om Shanthi.” The actor’s fans remember him for his role in Chellata.

Mohan Always Wanted to be an Actor

Mohan, a native of Turuvekere district in Karnataka was born in Bengaluru. His father was a civil engineer and hence, the thespian did his schooling from multiple places. However, the KGF 2 actor was never interested in studies. Mohan once stated, “My father wanted me to become an engineer like him, but I was poor at studies.” The actor was always passionate about movies and used to watch three films a day. Later, he joined drama school to understand the art and theatre.

Mohan made his acting debut with Shankar Nag’s Wall Poster. He also did theatre and was comfortable in writing, make-up and acting. Mohan once revealed, “I used to write dialogues at the night and act in the day. However, I continued to struggle to get an identity.” However, the actor got his much-needed break with Nagathihalli Chandrashekar’s TV serial Vaatara. He was once quoted saying, “It ran for over 1000 episodes and my role of Parandhama finally gave me an identity.”
Mohan’s last rites will be performed on May 7.
For more updates on KGF 2 and Sandalwood actors, check out this space at India.com.