“I am excited and thrilled to walk the red carpet of the Cannes Film Festival to represent the brand and India on the global stage. As an artist myself, being a part of a prestigious institution that celebrates cinema is an exhilarating feeling,” she said. Apart from Aditi, actor Deepika Padukone will also attend Cannes 2022 as a jury member. This year’s Cannes Film Festival will take place between May 17 to May 26 and the organizers will be axing COVID-19 curbs ahead of its 75th edition. They won’t be testing attendees, as it did last year, and will not institute a mask mandate. 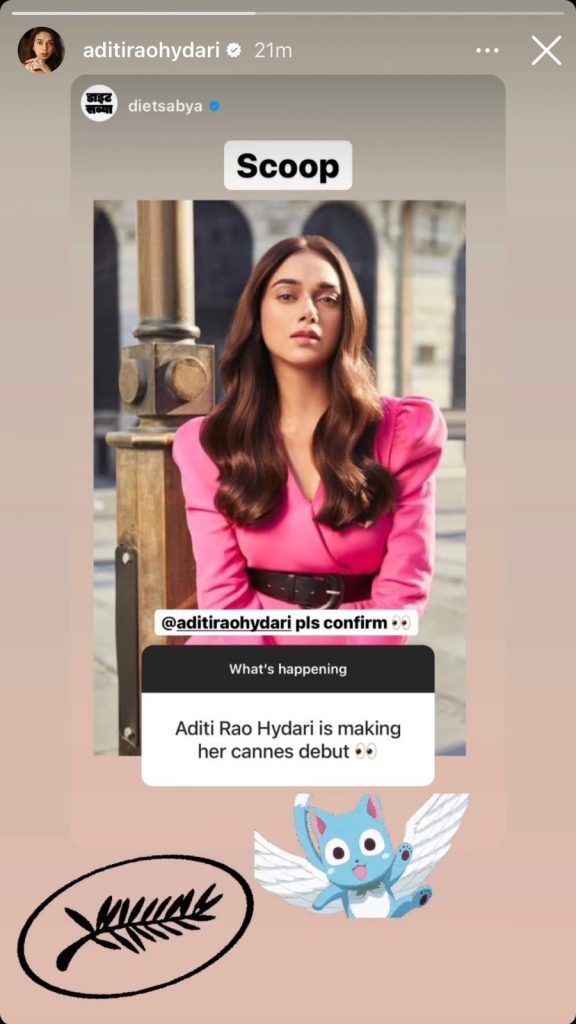 Aditi Rao Hydari made her Bollywood debut in 2009 with Delhi 6, and has since starred in films like London, Paris, New York, Rockstar, Fitoor, Padmaavat, and Ajeeb Dastaans. In addition to Bollywood, the actress has worked in Tamil, Telugu, and Malayalam films.

Meanwhile, Aditi was most recently seen opposite Dulquer Salmaan in the Tamil film Hey Sinamika. She will be soon featured in Gandhi Talks . In addition, Jubilee, the actress’s first online series will be premiered on Amazon Prime Video, .

(With Inputs from ANI)