Karan captioned his post as, “EVEN MORE IMPORTANT ANNOUNCEMENT TO MAKE😅#HotstarSpecials #KoffeeWithKaran @disneyplushotstar.” In his Instagram post Karan’s official statement mentioned that his celebrity talk sow will be streaming on Disney+Hotstar instead of television. B-town celebs reacted to the filmmaker’s prank rejoicing on the announcement of KWK Season 7. Rakul Preet commented, “Karannnn 😂😂😂.” While Farah Khan wrote, “I knew it!!”

Fans were overjoyed by the surpirse that came soon after Karan’s shocking prank few hours go. A fan commented, “U really got us 😂😂😂 Thankuuuuu for the best news everrrrrrrr❤️❤️❤️❤️❤️❤️❤️.” Another fan wrote, “YOU GAVE US A HEART ATTACK.” Check out the reactions on Karan’s Instagram post: 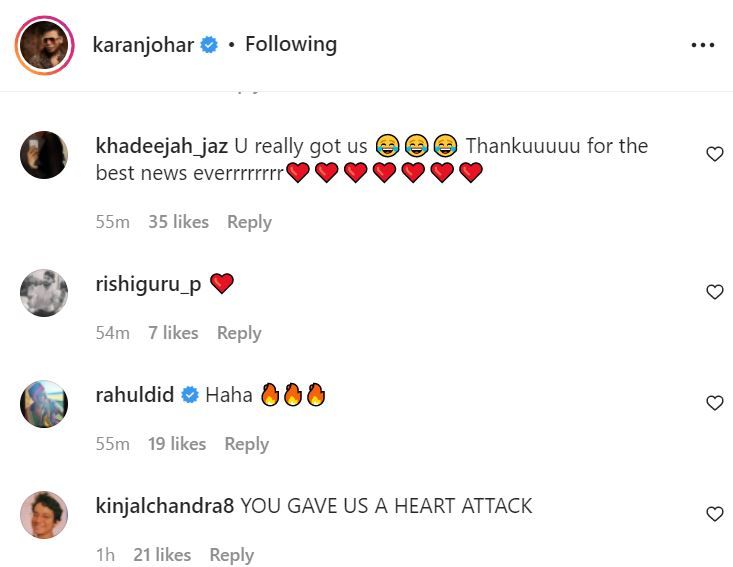 For more updates on Koffee With Karan Season 7 and Karan Johar, check out this space at India.com.