Urfi Javed Slams Media For Criticising Her Outfits: Urfi Javed has had quite a rough journey as she started working in TV shows where no one gave her recognition. Urfi rose to fame with her stint in Bigg Boss OTT and after coming out of the game show hosted by Karan Johar, Urfi got fame for her quirky fashion looks. She recreated outfits of Bella Hadid, Rihanna and Aishwarya Rai Bachchan in the past. Recently, Urfi Javed slammed a media channel who criticised her fashion choices.

Urfi Javed took to her Instagram page to call out the channel and re-shared the post where she they talked about her fashion game. “The constant bullying, trolling sometimes makes me go crazy. I cry, I cry a lot but I guess life goes on. You just gotta do you, those who don’t understand you shouldn’t even matter! Usually I’m ok but today is a very rare day where I feel like giving up .It does get me at times! The hate, the abuses, the trolls, the bullying, rape threats, death threats, what not”, wrote Urfi. 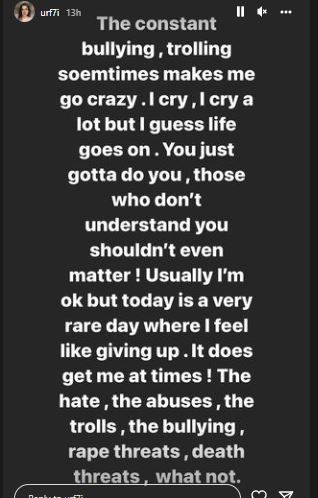 Urfi Javed further shared the post and wrote, “This is the post because of which I called you guys. It’s disgraceful! Read the comments they have written for me”. 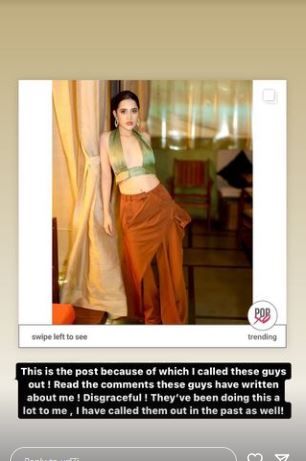 Urfi concluded while saying, “As I said before, not here to take shit from anyone. Come for me, I will come for you! No shit!”