Gigi Hadid memes from Met Gala 2022: Fashion’s biggest night of the year – Met Gala 2022 is taking place right now in New York’s Metropolitan Museum of Art. Celebrities have gone big this year and delivered spectacular style statements. We have spotted American model Gigi Hadid who is setting the internet on fire with her red wine look in a Versace latex cat suit teamed with a larger-than-life quilted cape oozing oomph like no other.

It is Gigi Hadid’s seventh appearance at the Met Gala. Her dope style included a sleeveless body fitted corset with skintight leather pants and a dramatic giant puffy quilted cape in the same colour. She completed the look with a pointed toe thigh high boots. For her face, Gigi painted her lips in bold wine shade and pulled her hair back into a sleek bun with a few tendrils styled in a chic way. She also wore a pearl and pink diamonds necklace. 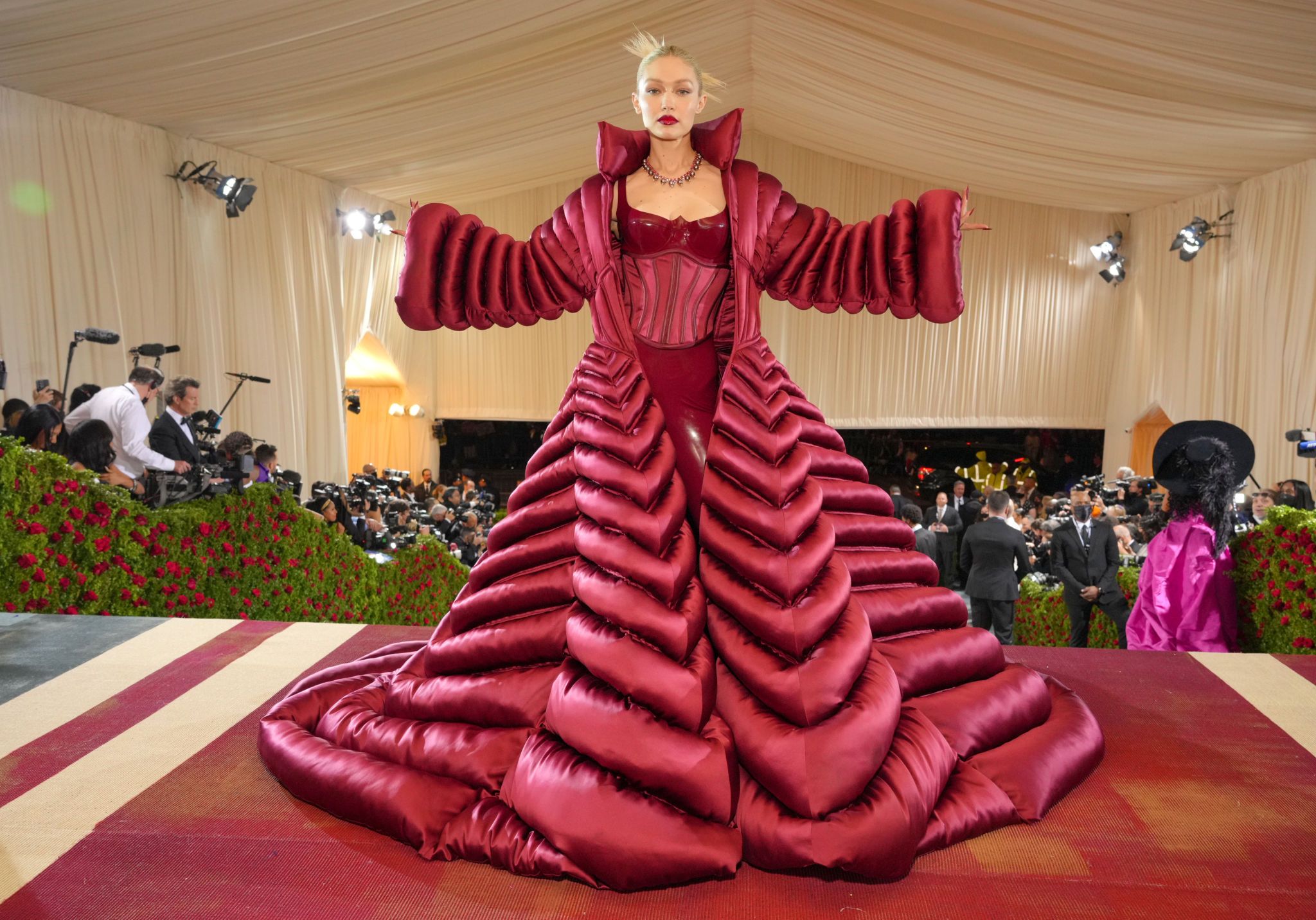 As soon as Gigi Hadid reached the photo booth section, she received reactions on social media for her giant quilt cape. One of her fans wrote, “She brings drama to Met Gala”. Another one wrote, “She literally wore her sofa”.

Check out a few funny memes on Gigi Hadid here:

What do you think about Gigi Hadid’s look?