Nysa Degan party pics: Nysa Devgan was spotted partying once again as she had a fun weekend with friends in London. The pictures and videos of the 19-year-old star kid are doing the rounds on social media in which she is seen posing with Mahikka Rampal, actor Arun Rampal’s daughter, Orhan Awatramani and Greesha Gupta among others.

The pictures that are shared by many fan clubs of Nysa show her looking stylish in an all-black look with what seems like a pair of leather pants and a matching crop top. Nysa is seen making cute faces as she poses with her friends in the new viral pictures on the internet. 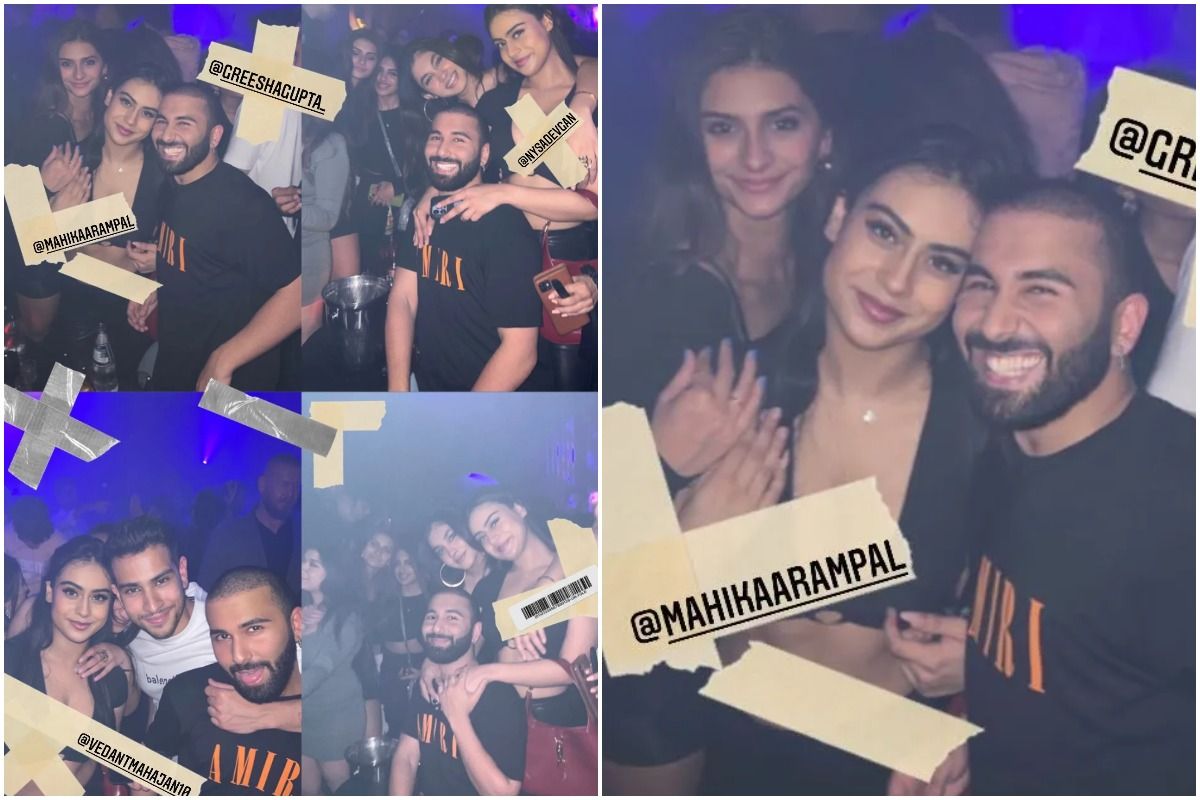 Nysa, who is Ajay Devgn and Kajol’s eldest kid is currently studying in the UK. While many reports suggest that she’s keen on joining the film industry one day, her superstar father recently revealed that not just she hasn’t planned that far right now but she has also shown a solid ‘disinterest’ in joining Bollywood.

Meanwhile, seems like black is Nysa’s go-to colour when it comes to stepping out of her abode in style. The star kid is seen flaunting her fashionable self in many black outfits lately. The other star kid of her age – Suhana Khan, Shanaya Kapoor, Janhvi Kapoor and Ananya Panday among others have already stepped into the industry. While Ananya and Janhvi are established actresses, Shanaya Kapoor, Khushi Kapoor and Suhana Khan have also started working in their debut movies. Would you want to see Nysa also entering the movie business soon?