The Johnny Depp and Amber Heard court case is still going on, one name that is quite prominent throughout this case is of billionaire Elon Musk. Johnny Depp accused Musk for having an extra marital affair with his wife Amber heard. His relationship with Amber goes back to that time when the two were spotted frequently. In 2017, Amber Heard had confirmed relationship with Elon Musk after sharing a kiss photo of the two. It seemed they had an intimate affair, however, the two never talked about and hinted on their threesome relationship. There were rumours actor Cara Delevingne was also involved with them in this relationship.

Amber Heard and Elon Musk dated after her divorce from Johnny Depp. They first met on the sets of Machete Kills and the duo remained friends after that. According to the sources, their relationship got serious when Amber Heard’s divorced Johnny Depp in January 2016. In the meantime, Elon Musk got separated from his then wife Talulah Riley in October 2015.

In April 2017, there was a picture shared by Heard of Musk from an event where she was seen kissing Elon on his cheeks. While sharing the post on social media, she had captioned it as “cheeky”. There was a lipstick mark spotted on Musk’s cheek and that raised several questions about their relationship. 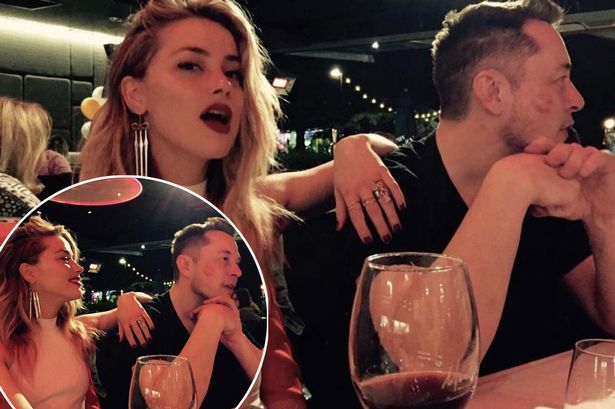 As reported by People, Musk was serious about having a relationship with Heard, but the Aquaman actor first played hard to get. During the Johnny Depp UK libel case, Musk promised Heard to give ’24*7 security’ while she was considering enforcing restraining orders against her ex-husband, according to court fillings.

They broke up in 2017, before briefly reuniting in 2018, however just for a few months. In an interview with The Hollywood Reporter in 2018, Amber said, “Elon and I had a beautiful relationship, and we have a beautiful friendship now, one that was based on our core values. We just bonded on a lot of things that speak to who I am on the inside. I have so much respect for him.”

Why was Elon Musk involved in the rumours?

However, Musk denied the ‘three-way affair’. As per Page Six, the CEO of Tesla said “Cara and I are friends, but we’ve never been intimate. She would confirm this. Also, I wish to confirm again that Amber and I only started going out about a month after her divorce filing. I don’t think I was ever even in the vicinity of Amber during their marriage!”

What are the charges against Amber Heard and Elon Musk in the court documents?

According to the case’s court records, Musk and Heard began dating one month after she married Depp. “Only one calendar month after Mr Depp and Ms Heard were married — while Mr Depp was out of the country filming in March 2015 —Eastern Columbia Building Personnel testified that Ms Heard received Musk ‘late at night’ at Mr Depp’s penthouse,” according to the lawsuit.