Ananya Panday in sheer black dress at Karan Johar’s party: Actor Ananya Panday was one of the guests at producer Apoorva Mehta’s 50th birthday bash on Thursday evening in Mumbai. The actor made heads turn with her glamourous entry at the party which was hosted by Karan Johar at a lavish hotel in the city. Ananya turned up at the party wearing a sultry and a totally sheer dress that came with a bodysuit.

The actor, who was recently seen in Gehraiyaan, flaunted her toned body in a heavily sequined and sheer black dress that had a sleeveless detailing, a corset, a zipped back, and a thigh-high slit. On paper, it’s a dress that looks extremely tricky and is definitely not everyone’s cup of tea but Ananya flaunted it with confidence. The 23-year-old teamed her unconventional dress with a little black clutch, a pair of black heels, short hair and neutral makeup. 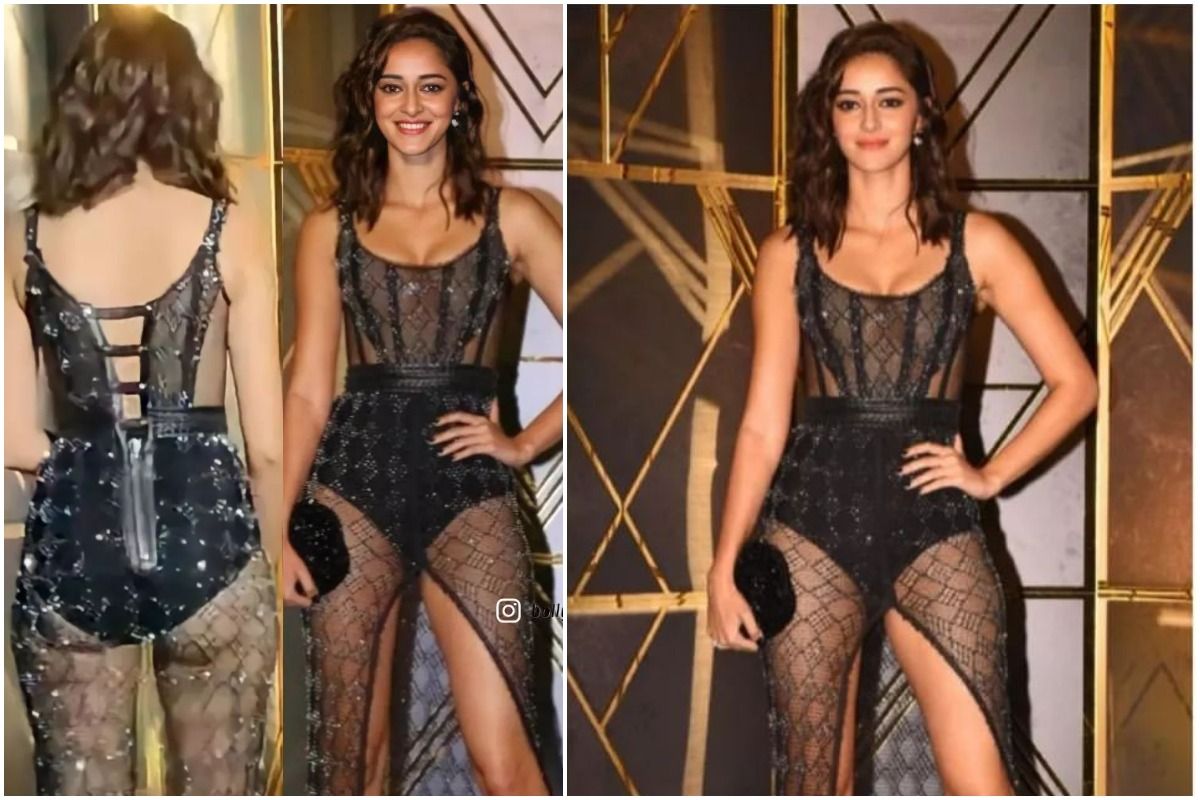 Now, while Ananya definitely made jaws drop at the party, she also invited trolls on social media. Her pictures and videos in that black dress are now going viral on the internet with all sorts of reactions from the fans and the members of the fashion industry who think that Ananya tried to amp it up like the Kardashians this time and failed. Many Instagram users are of the opinion that her fashion pick was a disaster and that it was a forced look for attention. One user wrote, “Bollywood trying to be Kardashians (sic),” another comment read, “Inspired by urfi javed 😂 (sic).” Check the viral video here: