Bigg Boss Tamil 5 Winner: Beating VJ Priyanka Deshpande with the maximum number of votes, Raju Jeyamohan carried home the winner’s trophy of Bigg Boss Tamil season 5. As promised in the beginning of this season, Raju even landed with a cash prize of Rs 50 lakhs. With his mimicry skills, stand-up comedy, and funny one-liners, Raju Jeyamohan was the most entertaining Bigg Boss Tamil contestant of season five. Despite the fact that he had been nominated for eviction more than five times, he managed to survive eviction every time. Pavani Reddy was one of the three finalists of the season. Bigg Boss Tamil 5 was hosted by Kamal Haasan. 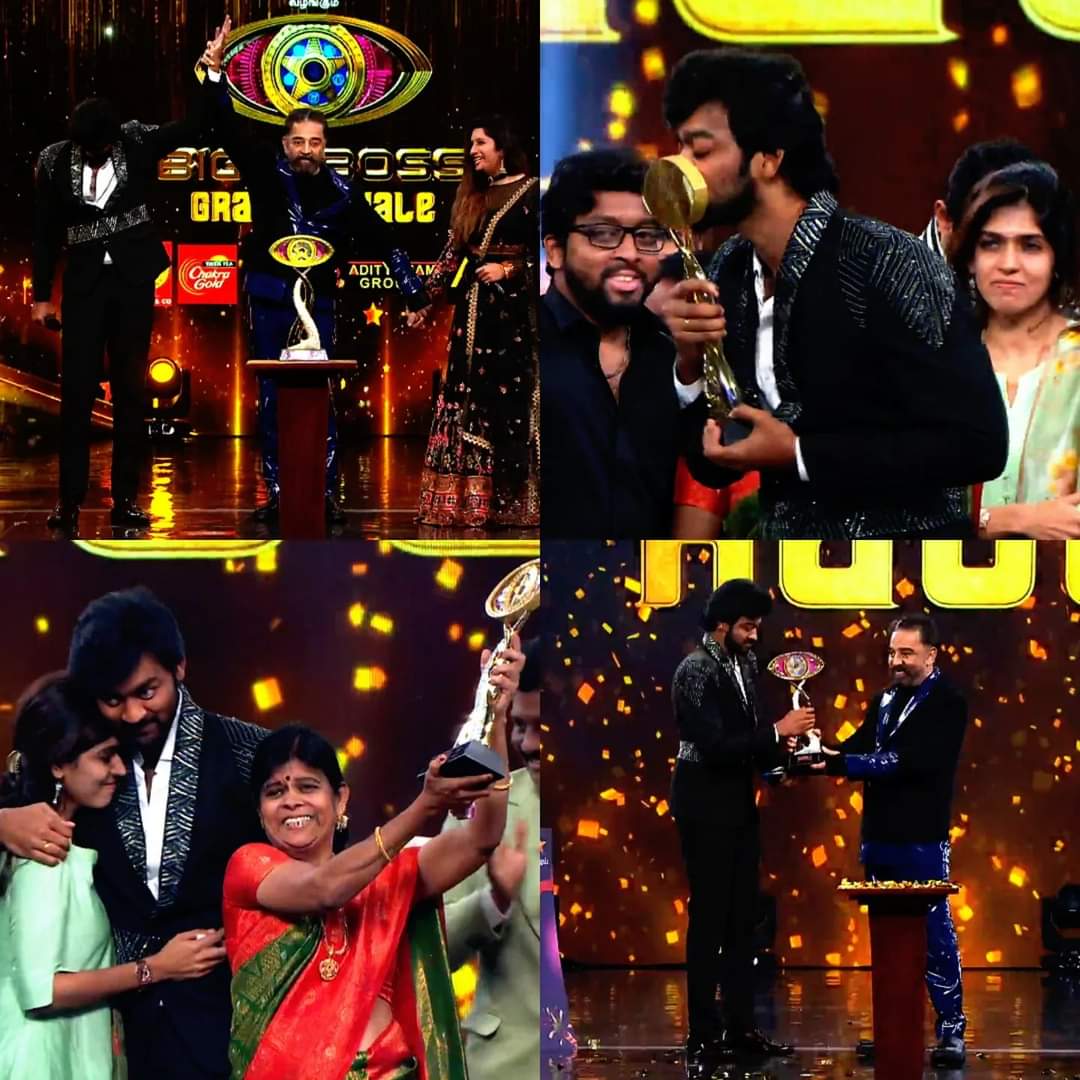 The winner of Bigg Boss Tamil 5 Raju Jeyamohan was born in Thirunelveli and bought up in Chennai. He had his share of struggle in the industry before he grabbed the spotlight with the Tamil film Natpuna Ennanu Theryuma. The actor is a popular face down south thanks to TV shows including Kana Kaanum Kalangal, Kalloori Salai, Aandaal Azhagar and Saravanan Meenatchi.

This is how fans celebrated Raju’s win

While the final round of fight was between Raju and VJ Priyanka Deshpande, many of his fans already predicted the victory on social media. Many took to Twitter to share their excitement.

“CONSISTENCY IS THE KEY”- #Raju

That KGF BGM in the end was Goosebumps…

#Raju dedicates his #BiggBossTamil5 trophy to all the behind the scenes technicians who slog hard in the dark. He remembers his days as one such technician. Nice 🏆 moment on stage👌👏 #BiggBossTamil #BBT5WinnerRaju

#Priyanka was genuinely happy for #Raju‘s victory ❤….Your words about Raju was too sweet💯🤩#BBT5WinnerRaju pic.twitter.com/cM57Ur4imW

https://platform.twitter.com/widgets.js
Meanwhile, Bigg Boss Tamil will have its OTT season beginning from January 30. It will be streamed on Disney+ Hotstar, the streamer announced on Sunday. The OTT version of the show is titled Bigg Boss Ultimate. It has been revealed that Kamal Haasan will be hosting it.