Sushmita Sen Slams Adoption Rumours: Actor Sushmita Sen was spotted in Bandra, Mumbai, with her two daughters, Renee Sen (22), and Alisah Sen (12). She was dressed in red and black and holding a baby boy. A video of the Aarya 2 actor posing with them went viral on the internet on Wednesday. “Meet #sushmitasen little son,” said a paparazzo account on Instagram alongside the footage. The photos have created a stir on the internet leading to suspicion that the 46-year-old has adopted a child. Sushmita finally reacted to the news by sharing a photo with the tiny one. She wrote, “Having a chat with Godson Aamdeus about the random news concerning him, going viral in the media…his expression says it all!!! Picture courtesy Sreejaya (Amadeus’s mom) (sic).” In the photo, the actress was seen conversing with her godson who was sitting on the car’s bonnet. We loved how elegantly Sushmita cleared the air. 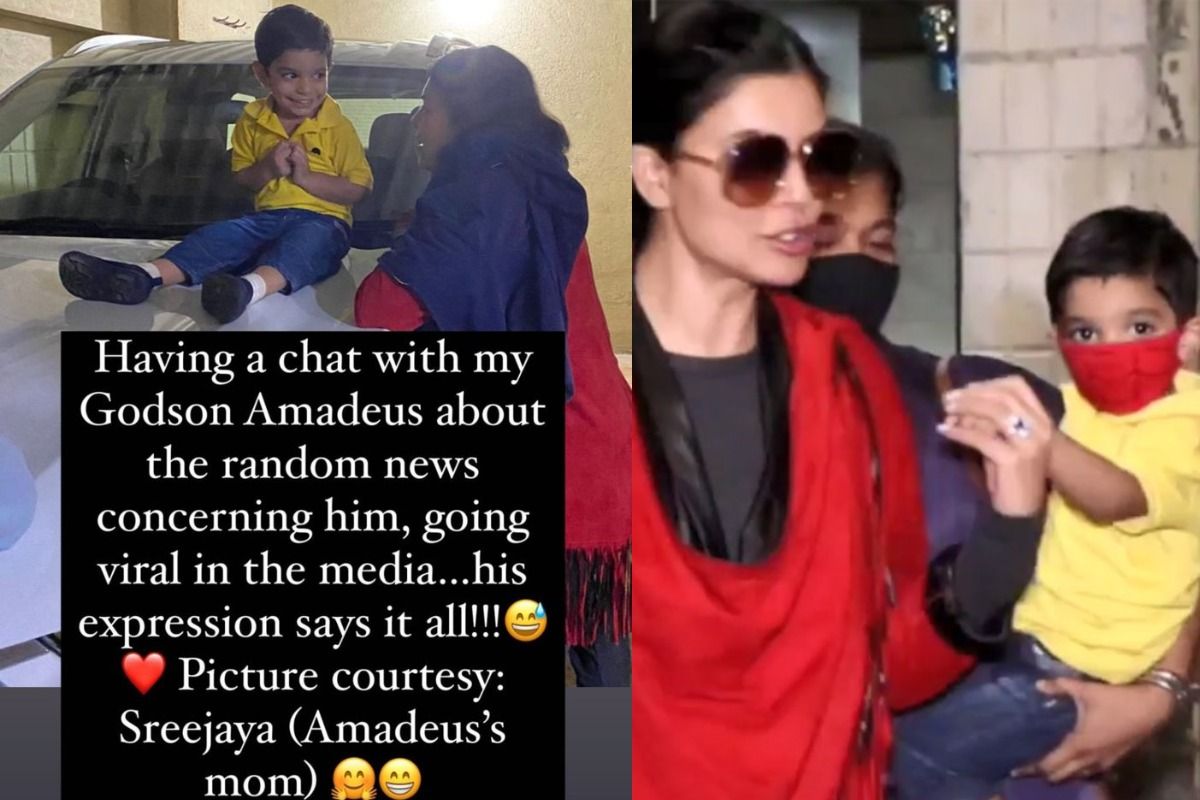 Sushmita Sen was also appreciated for slamming the tittle-tattle with grace. One of her acquaintances took to her Instagram stories and wrote, “Clearing rumours with utmost grace, @sushmitasen47 for you (sic).” There’s no doubting that Sushmita Sen is graceful in every situation. For the unversed, Sushmita had previously uploaded a video of her friend’s newborn baby Amadeus in 2019 and revealed that her daughter Alisah had prayed for him for nine months.

In the viral video, Main Hoon Na fame can be heard saying,” Come, my godson, come,” She later thanked the cameras and posed with her family. While fans flooded the comment section with congratulatory messages. One of them wrote, “Congratulations strong and kindhearted mother.” Another fan called her an inspiration and wrote, “This lady is such an inspiration! Successful in her career but more successful in raising 3 orphan kids and making their life better.”

Take a look at the viral video:

While on the work front, Sushmita was recently seen in Aarya 2, an Amazon Prime series in which she played Aarya Sareen. For the first season of Aarya, she won the Filmfare OTT Award for Best Actress – Female.