Bigg Boss 15: Former Bigg Boss winner and actor Gauahar Khan tweets about Tejasswi Prakash’s insecurities towards Shamita Shetty coming out evidently and how. Shamita Shetty out of all the contestants in the house is one of the most loved contestant and for obvious reasons. As we have been seeing that Tejasswi’s dirty game is no more a secret to the viewers her new target is Shamita Shetty. Call it the insecurities or fear Tejasswi is evidently seen targeting Shamita. The fans and viewers are in utmost rage as Tejasswi’s behaviour is neither polite nor friendly even with the people who stand for her.

The winner of Bigg Boss season 7 Gauahar Khan states fact by tweeting ‘ Audience can clearly see, Shamita koi mari nahi jaa rahi hai kisi se bhi dosti karne ke liye. Really sad that Teja of all people claiming that Bigg Boss favouring Shamita Shetty. Not being safe in a task is disheartening but to get out so much venom didn’t show Teja in a good light’. 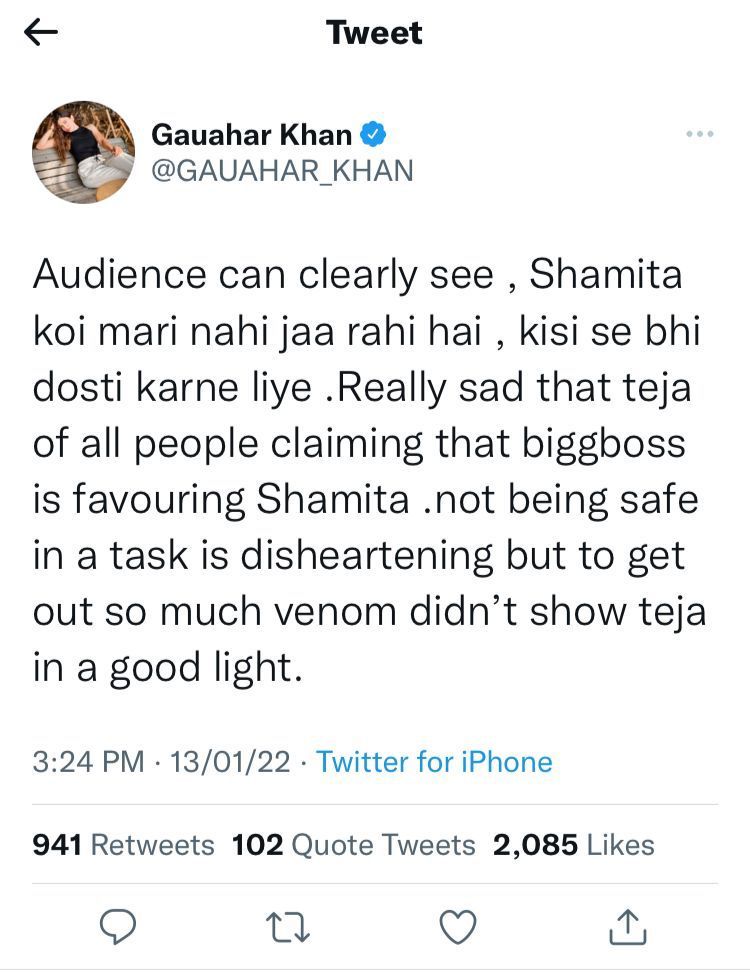 It was also seen that other former Bigg Boss contestants like Kamya Punjabi and Neha Bhasin and others came out in support of Shamita and were seen condemning Tejasswi’s misbehaviour. Neha Bhasin was seen tweeting “I always kept quiet about Teju’s insecurity and honestly have had compassion for her too, as I know bigg boss house is not easy. But that statement you made about @ShamitaShetty yesterday was completely out of line. You are disrespectful of your relationship and of her.” 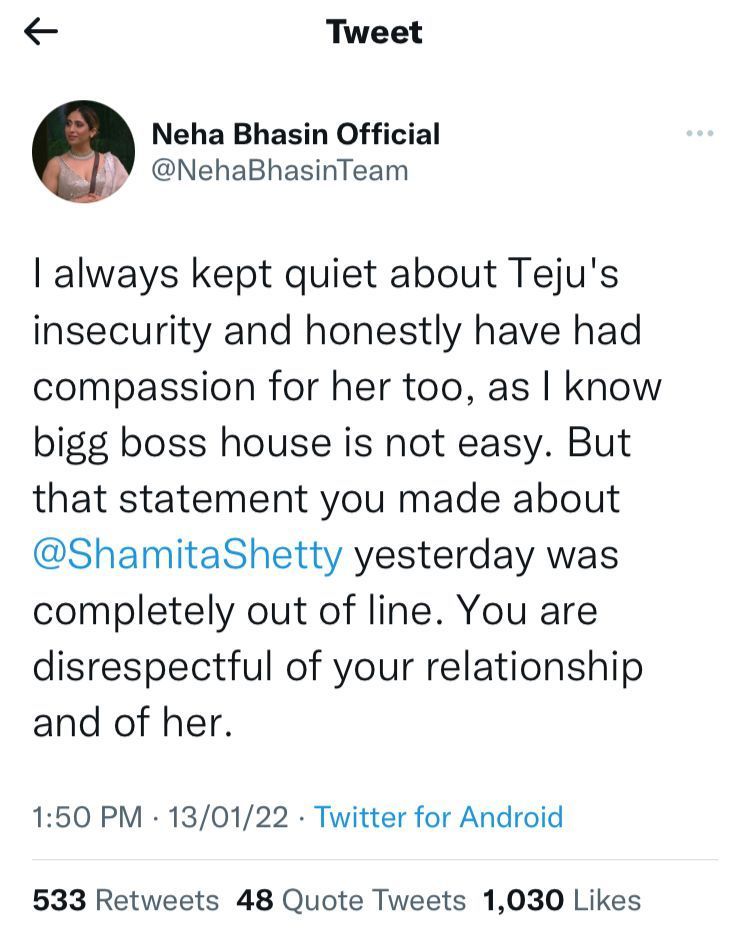 Kamya Punjabi tweeted “Shamita downgraded you, big deal, take it sportingly ya teja, what all are u saying???? Not cool 👎🏻 and then u cry n say sab mere against hai…” 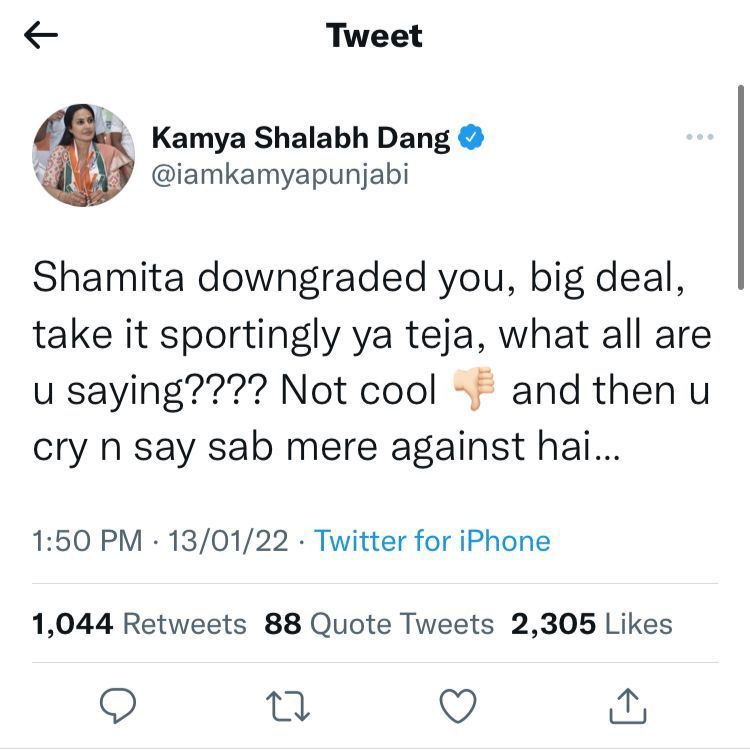 Even the other celebs were seen speaking about Tejasswi’s insecurities and misbehaviours. We wait to see what more unfolds from the house of Bigg Boss.