Anupamaa January 12 Episode: In the Wednesday episode of Rupali Ganguly, Gaurav Khanna and Sudhanshu Pandey starrer Anupamaa, we see how Anuj Kapadia, Anupama along with the Shahs gathering together to celebrate the New Year. Anupama surprised Malvika with the party and what amazed her was the dance performance of everyone on Hum Tum’s ‘Chak de saare gham’ song. Later, Anupama tells Malvika that she should forget whatever happened in the past and start afresh this year. The latest episode shows friendship brewing between Vanraj and Malvika, Anuj-Vanraj’s argument and not to miss the lovebirds’ flirting.

Anuj Kapadia and Anupama indulge in a romantic conversation where Anuj tells her that he is hers. While teasing each other, Anuj flirts with Anupama and say ‘jaisa bhi hu tumhara hi hu’. Their bond has grown closer as their relationships become deeper. Fans of #MaAn can’t get enough of the couple’s love connection, and the scene has gone viral. Many of these followers expressed their admiration for Anupamaa and Anuj on Twitter.

In the episode, Vanraj and Anuj get into an argument where Anuj asks him to shut up. It happened when Vanraj wanted to go and meet the client alone but Anuj came along. Anupama is worried seeing this and is heard saying that she always gets worried when these two are together.

Later on, Anuj and Anupama saw Malvika feeding some sweets to Vanraj. They feel uncomfortable seeing it. The two are bonding well now. Let’s wait and watch what show has to offer more. 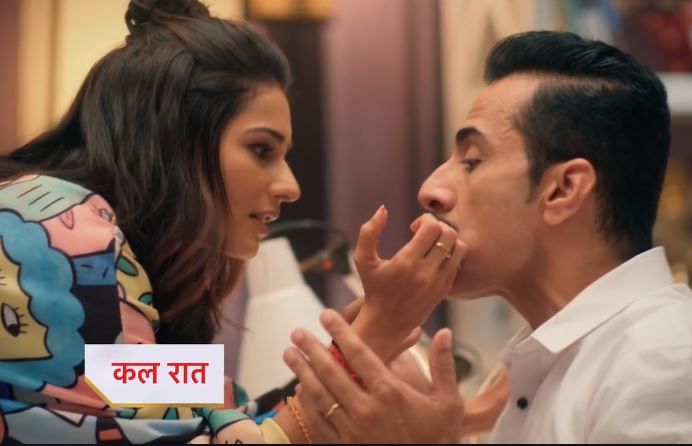