Mumbai: Omicron cases in India is rapidly spreading like fire and the recovery rate is also quick. However, we all should not take the third wave lightly as the key to come back strong from Covid is proper medication and rest. Talking about the entertainment industry, several celebrities have got infected with the virus and now the latest one to join the list is Khushi Kapoor. After Janhvi Kapoor, the virus had to come to Khushi and rest of the family. However, Boney Kapoor is safe and is quarantined at home. 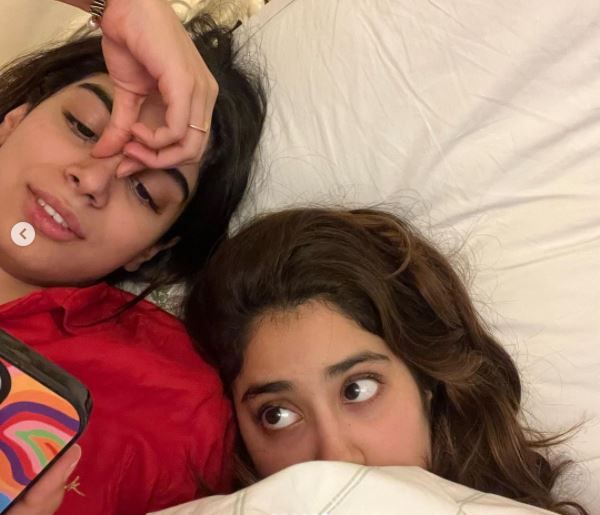 According to the sources, Khushi Kapoor attended a party to welcome the New Year. Days later, she developed symptoms like mild fever and complained of an itchy throat. On January 4, Khushi got herself tested and it turned out to be positive. Their father an producer Boney Kapoor and other staff members at their residence are safe. A report in PeepingMoon mentioned that the BMC has home quarantined Khushi at their Mumbai home.

On Sunday, Janhvi took to Instagram and shared pictures of herself with a temperature in her mouth. She captioned the post, “that time of year again.”

According to data updated by the Union Health Ministry, Mumbai on Monday reported 13,648 new Covid-19 cases and five related fatalities, the Brihanmumbai Municipal Corporation said in a health bulletin. With 59,242 samples tested, the test positivity rate was recorded at 23 per cent. The new cases are 5,826 less than previous day and the positivity rate has come down by 5 per cent from 28 per cent to 23 per cent.