Paras Chhabra And Mahira Sharma in Dubai: Actors Paras Chhabra and Mahira Sharma have amassed a significant fan base following their Bigg Boss 13 stint. The duo has been in a lot of music videos and is in high demand in the industry. They are now filming in Dubai for a forthcoming project that is being shrouded in secrecy. In the midst of all of this, the duo was seen strolling around the streets of Dubai on an electric mini-scooter, both of them chuckling and enjoying the ride.

Paras and Mahira spent their New Year’s Eve in the city, and a number of their photos and videos have since appeared on the internet. However, #PaHira fans were ecstatic when they saw this video. They adore their chemistry, which they refer to as the ‘Cutest of All.’

Take a look at Paras and Mahira’s viral video:

PaHira fans dropped several comments calling them cute in the viral video. Looks like the duo has won the hearts of netizens as fans also posted tons of red heart emojis in the comment section. 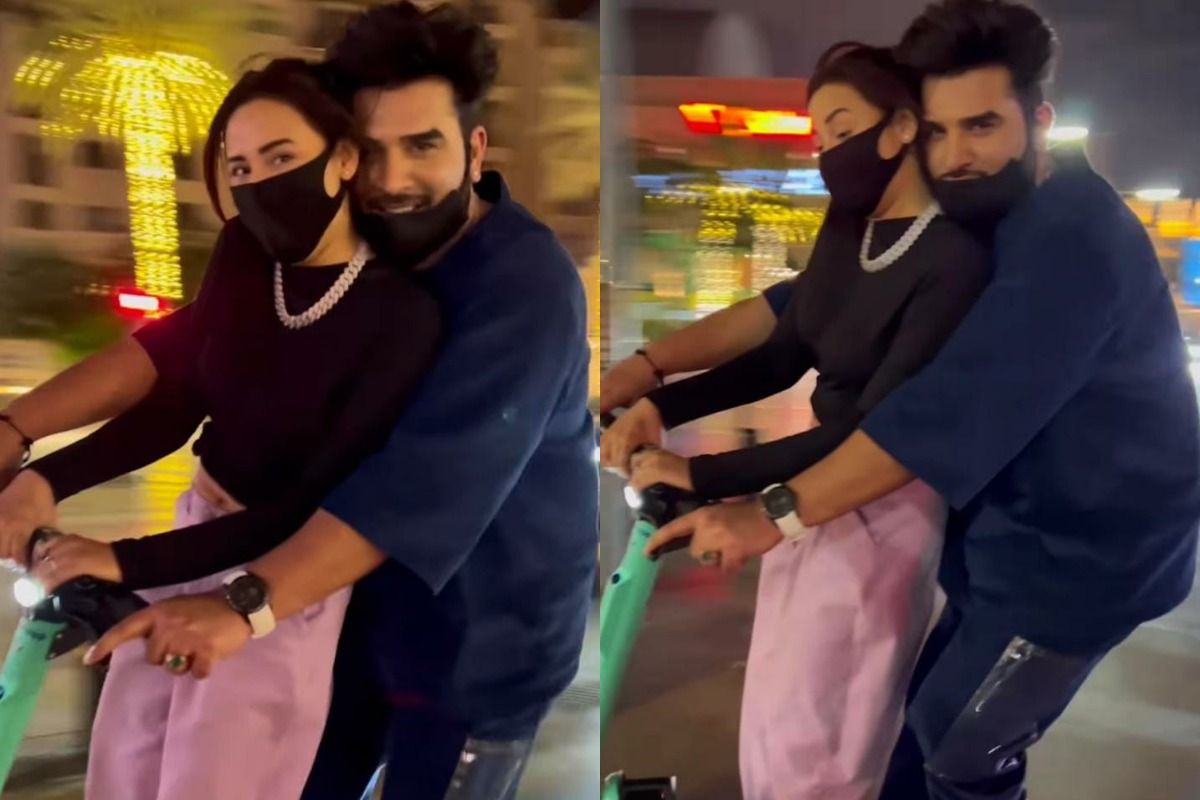 Paras Chhabra And Mahira Sharma Enjoy in Dubai, PaHira Fans Call Them ‘Cutest of All’

In an interview with a leading daily, Mahira and Paras spoke about their respective wishes and expectations for the coming year. Paras said, “We all have been through a tumultuous ride this year. We have lost so many people, witnessed extreme highs and extreme lows emotionally, mentally but we have emerged stronger out of it. Perhaps, I wish that all the coming years in each and everyone’s life be hassle-free.” While Mahira said, “After the reality show because of the lockdown and the restrictions, my work kept postponing in 2021, so I’d love to get back on to it in 2022. I’ve only been able to do music videos so now I’ll be doing more acting work along with music videos.”

How adorable is this duo? Watch this space for more updates.