Mumbai: In today’s medical research, what is the cost of human life? Is it saving it or exploiting it for personal gain? After receiving positive feedback for its gripping teaser, Disney+ Hotstar’s much-anticipated medical thriller Human is raising the stakes ahead of its premiere. Human is a fictitious series that depicts the collateral harm caused by rushed drug trials for financial benefit in a captivating story that revolves around the loss of innocent lives to avarice. 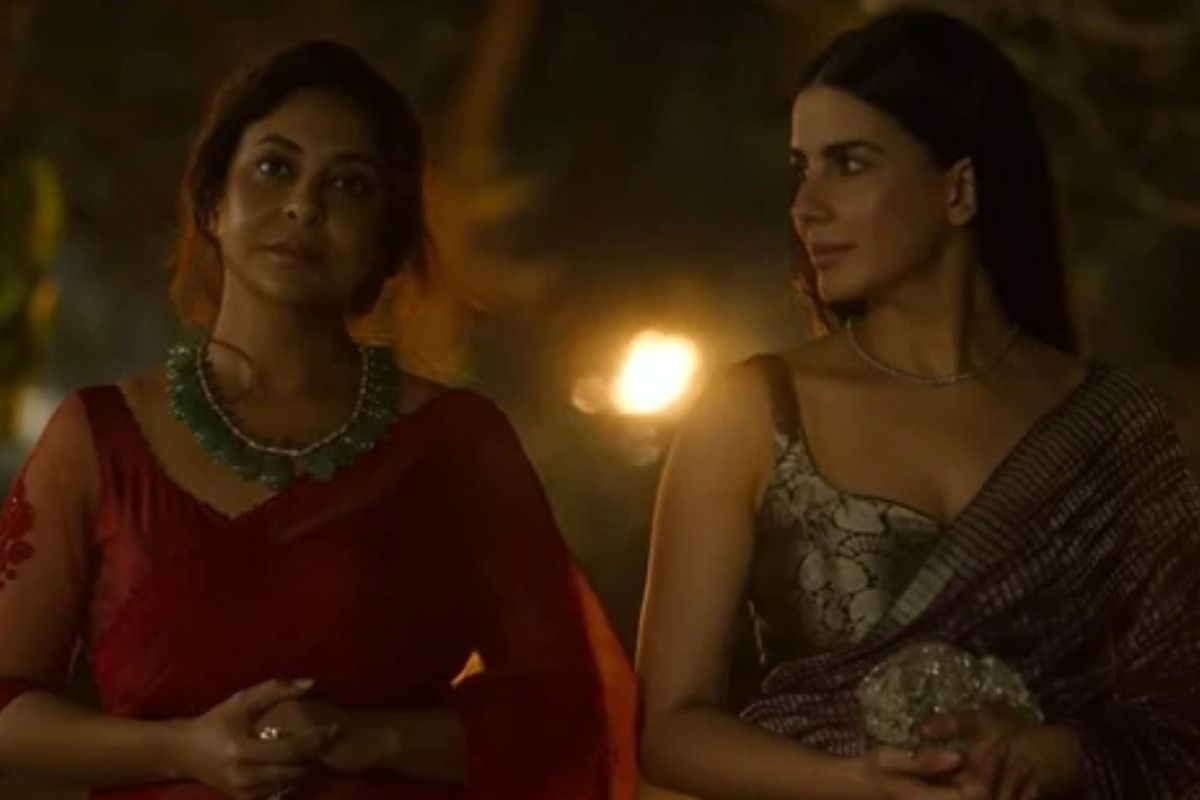 Shefali Shah And Kirti Kulhari in the edgy thriller Human

The film is directed by Vipul Amrutlal Shah and Mozez Singh, and it is India’s biggest medical drama thriller. Human‘s impressive ensemble includes renowned actor Seema Biswas, as well as Vishal Jethwa, Ram Kapoor, Aditya Srivastava, Mohan Agashe, and others, weaving storylines that reveal the dark and twisted secrets of manipulation and lethal ambition in the medical field.

Set in the current world, Human’s story takes off in a medical world and touches upon compelling themes like the value of human life, medical malpractice, class divide, and the fatal ramifications of fast-paced medical science. The series follows the story of the ambitious Dr. Gauri Nath, one of the country’s top neurosurgeons, played by Shefali Shah. Successful and honourable, she is an iconic doctor and mentor to her protege, Dr. Saira Sabjawal but one shocking discovery throws both their lives into chaos. Dr. Saira Sabharwal, played by Kirti Kulhari, is a fierce character one would not want to miss. A compelling series dwelling in a tale of power struggles, lust, secretive pasts, trauma, and murders, Human, throws light on the dark twisted world of medical malpractice.

What the female leads have to say:

Dil Dhadakne Do fame Shefali Shah said, “Streaming platforms for me have opened up A plethora of characters. Playing each one of them has been such a satiating and emptying and fulfilling experience. Dr. Gauri Nath is no exception. She is Pandora’s box of all that one can and can not imagine. She raised the bar given the critical nature of the role. Wearing her skin was a first for me. I have never met nor heard of a person like her. She’s complicated and unpredictable. One of the most challenging characters I’ve played because we have absolutely nothing in common. Had I played her the way she was written I’d have been in the safe. But I chose to play her in an unexpected way and the directors thankfully agreed with my vision so she’s a gamble, a risk I’ve taken. And she’s pushed me out of my comfort zone. I hope my portrayal of her opens the audience’s mind to indecipherable characters like her. And the show opens our eyes to what actually happens when doctors who are considered gods actually start playing god.” 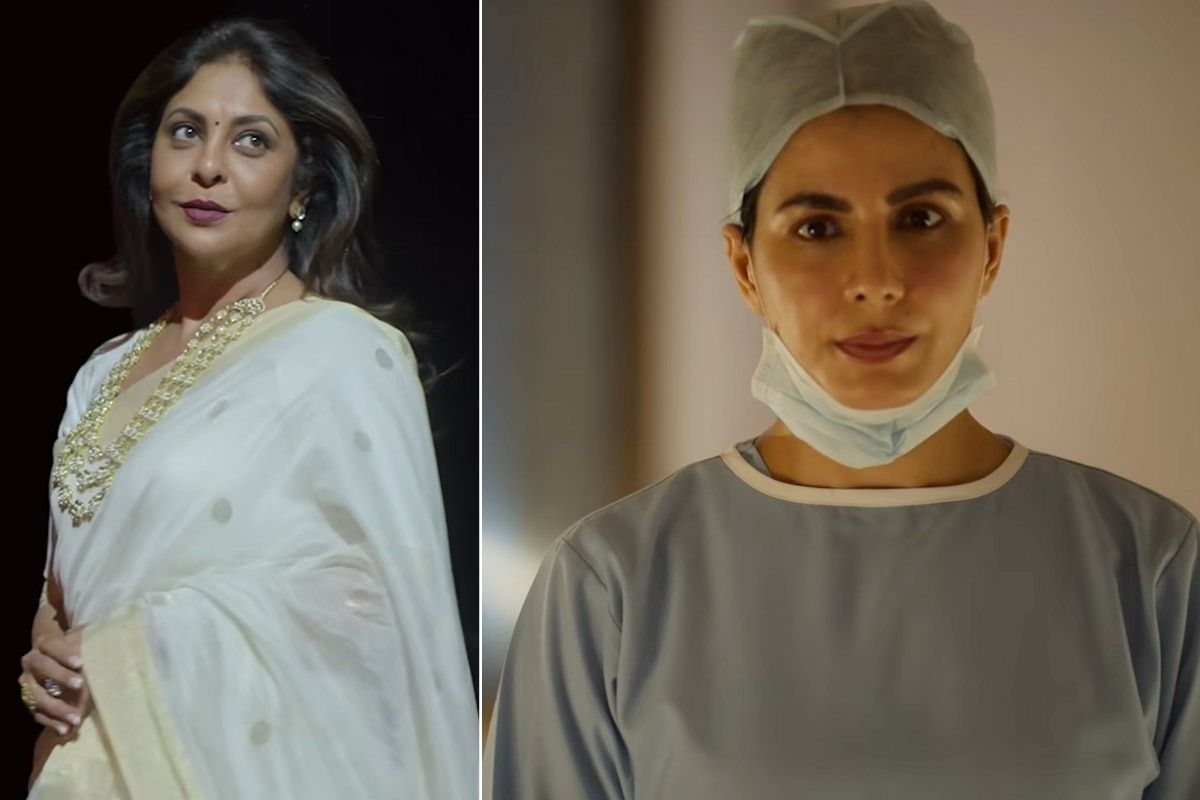 Pink fame Kirti Kulhari said, “I am super excited to see the reactions ‘Human’ will receive. Thriller as a genre has always intrigued and drawn me so getting to explore the role of Dr. Saira Sabarwal with a veteran like Shefali Shah in Human has been an absolute honour. We would spend hours going through the script trying to perfect the act much before the actual shoot. The script demanded a lot of silent acting and reacting where only our face and body language would be used to express. Pinning those complex scenes was hard but Vipul Amrutlal Shah and Mozez Singh’s direction helped us through. I really hope ‘Human’ receives a lot of love and appreciation because a lot of blood and sweat has gone into crafting it.”

Director Vipul Amrutlal Shah said, “Human is a story that is very close to my heart. It is my first attempt at creating for a streaming platform and I am super excited for the audience to experience Human’s thrilling story. It has been great collaborating with the country’s leading streaming platform Disney+ Hotstar – their vision and support have taken the show to the next level. Human has not been an easy story to bring to screen given its critical storyline that touches so many issues that are pertinent to today’s day and life. However, the super talented cast does an exemplary work of perfectly portraying the characters. They make you love and hate the characters in equal measure which is a true testimony to the great skills Shefali Shah, Kirti Kulhari, Vishal Jethwa, and the others possess. I hope the audience loves and enjoys our creation.”

Co-director and writer Mozez Singh said, “Human tells the story of greed, deceit, and class. Working on Human’s script was a very intense journey for me as I discovered a different side of the medical world. It opened my mind and heart to the possibilities that the ones in power plot against the vulnerable members of society. I am grateful that Vipul Amrutlal Shah and I collaborated and were able to effectively visualize the storytelling that I had in mind while conceptualizing the series. Human’s story is one that was waiting to be told, and I am glad it was represented by a stellar cast and a supremely talented crew.”

Are you excited about this edgy thriller? We definitely are. Watch this space for more updates.