Aryan Khan viral video: A video featuring a young man urinating at the airport is going viral on social media with many people claiming the man to be Shah Rukh Khan’s son Aryan Khan. However, a closer look at the video and you will realise that the young person in it is not Aryan but someone else. The video is from the Los Angeles International Airport and was shot in 2012. It shows Twilight actor Bronson Pelletier in an inebriated state. The actor urinates on the floor in the lobby at the airport. 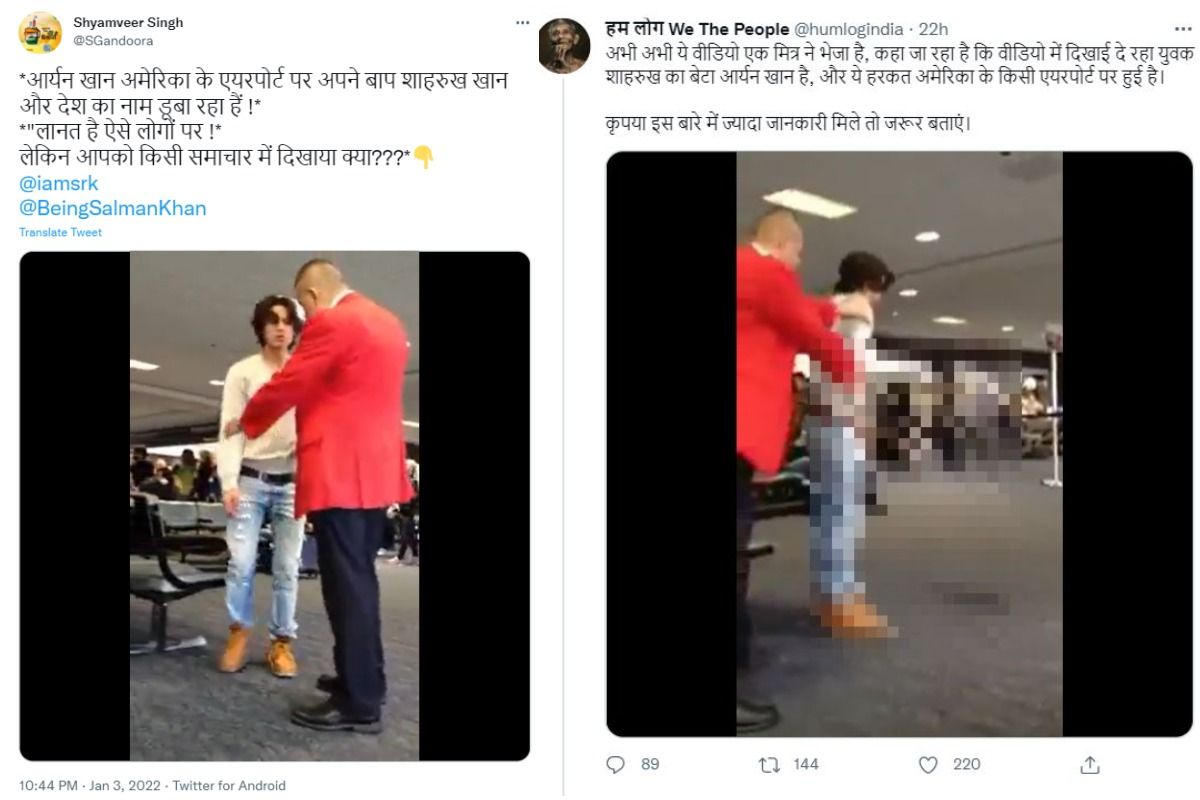 While a section of the social media users criticised Aryan claiming that it was him in the video, several others took to Twitter to clarify and end the negativity. Sharing the video on Twitter, a user that goes by the handle ‘mahesh_pan_SSR’ wrote, “2019 Another Version of #AryanKhan in the USA. He too is a Drug Addict, he couldn’t control his Urine in Airport Lobby/ Passage, urinates in open. #SameerWakhende Zindabad (sic).” Another user commented to clarify: “This is not Aryan Khan. That is some random guy, kindly don’t spoil his name. Be human (sic).”

Ever since Aryan’s name cropped up in the drug-related investigation in Mumbai by NCB Zonal director Sameer Wankhede, the star kid has become one of the most sensational personalities on social media. So much so that he was even named the second most searched celebrity on Google in 2021 as per the ‘Year In Search’ trends declared by Google India.