Mumbai: Sushant Singh Rajput’s fans were left emotional and numb after the late actor’s sister extended new year wishes from his Facebook account. Yes, Shweta Singh Kirti surprised fans after posting from her late brother’s social media handle. “Wishing everyone a very happy new year and best of everything. 🙏 This is Shweta Singh Kirti wishing all of you on Bhai’s behalf,” the post read along with a red heart emoji. 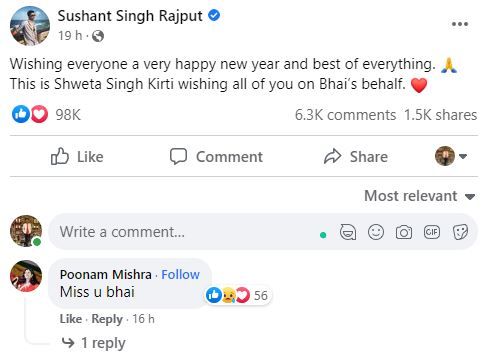 Several fans took to the comment section of Sushant‘s post and expressed their love for the late actor. “Oh god my heart skip a beat,” one of the fans wrote. Another social media user commented, “For a moment I was surprised. We miss you Sushant.” A fan also thanked Shweta Singh Kirti and wrote, “Thank you Shweta di for posting a happy year to SSRains family and others from our beloved Sushant Bhai account. No one will forget Sushant and he will be alive in everyone’s hearts forever.” 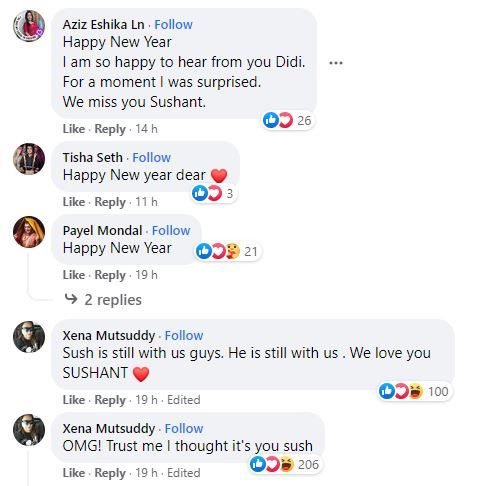 Earlier this year, the display picture of Sushant’s Facebook account was also changed which too left fans shocked and surprised.

Sushant Singh Rajput was found hanging in his Mumbai apartment on June 14, 2020. The actor’s sudden demise had left everyone shocked. Following Sushant’s death, his team took over his social media accounts and shared a post on the Facebook page that read, “Fans like you were real ‘godfather’ for Sushant. As promised to him, converting this space into a collection of all his thoughts, learnings, dreams, and wishes, he always wanted people to know. Yes, we are documenting all the positive energies he has left behind in this world.”