Kriti Sanon in Delhi: Actor Kriti Sanon joined the film crew this morning after wrapping her work in London. The actress made the announcement via social media, posting a boomerang of the clapboard in her Instagram story with the caption, “Shehzadi in the house.” 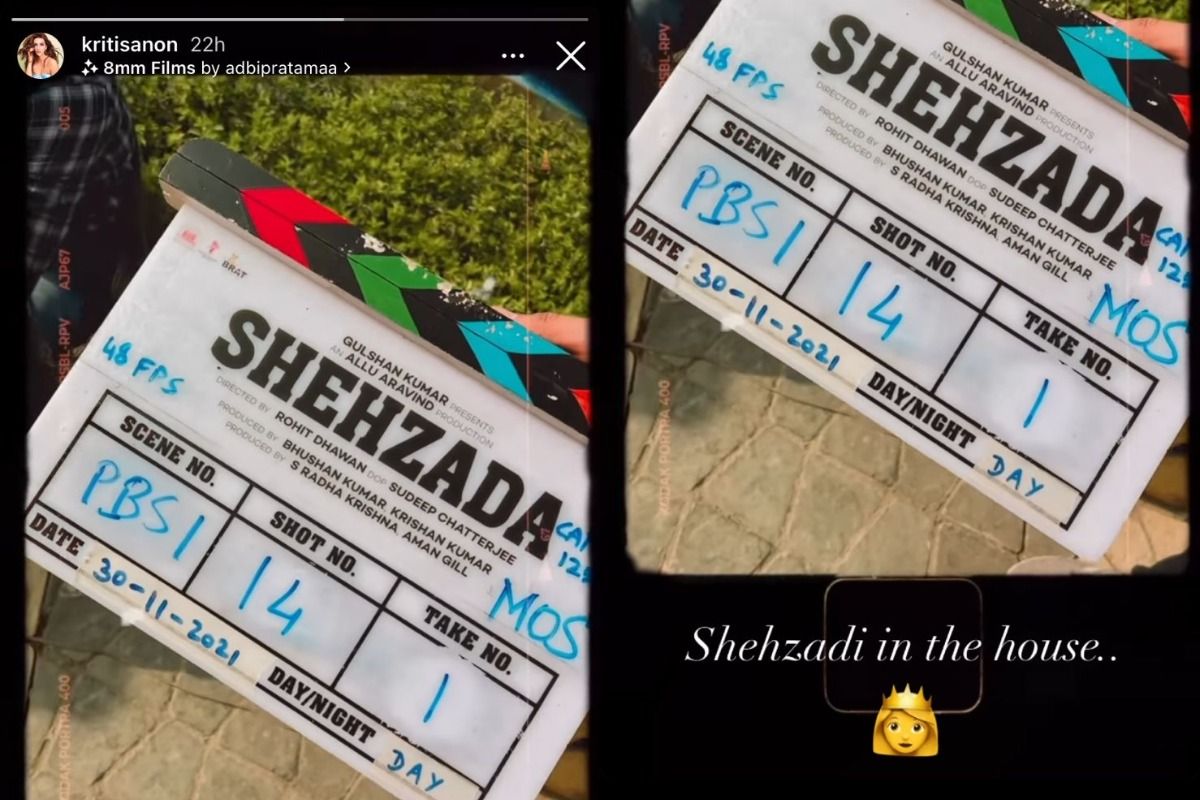 The film will be Kartik and Kriti’s second collaboration following the box office triumph of Luka Chuppi. Rohit Dhawan is directing the film, which began shooting in Delhi a few days ago alongside Kartik Aaryan and Paresh Rawal.

Talking about the development, producer Bhushan Kumar said, “We are glad to have Kriti Sanon on our Delhi set. The actress has an infectious energy. She will essay a never-before-seen character in the film. I am sure the audience will enjoy her performance on screen.”

Co-producer Aman Gill added, “Kriti Sanon is one of the most collaborative actresses. I am looking forward to working with her on our Delhi schedule. Till now, we have had a lot of fun shooting here, and I am sure the actress will add a punch of more excitement.”

Earlier, ‘Shehzada’ wrapped its 20-day first schedule in a palatial mansion set in the Film City, Mumbai. The team will now shoot some key sequences in Old Delhi, the filming for which is already underway around Jama Masjid.

(With inputs from IANS)