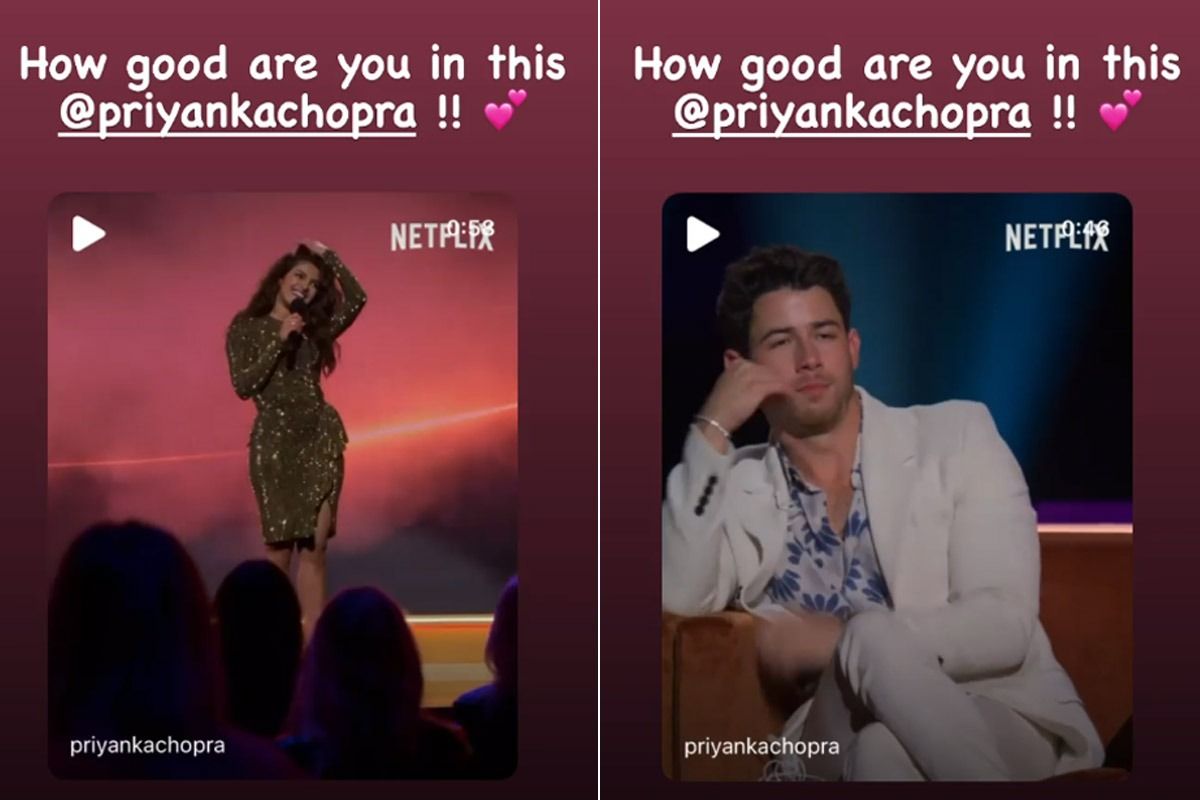 Taapsee Pannu also praised Priyanka Chopra’s performance in the Jonas Brothers Family Roast, which was just released. She addressed a note to Priyanka, referring to her as a woman goal. While Telugu actor Samantha just had one word to say about it. She posted a clip from the show featuring Priyanka Chopra and an ‘Amazing’ sticker. Peecee was fantastic, according to the Eega actor.

In the video, Priyanka had said, “I’m honoured and so thrilled actually and tickled to be here tonight to roast my husband, Nick Jonas, and his brothers whose names I can never remember. I’m from India a country rich in culture, music, and entertainment. So clearly, the Jonas brothers didn’t make it over there.” Priyanka also spoke about the much-talked-about age gap and said, “Nick and I have a 10-year age gap. Yes, we do. There are many 90s pop culture references he doesn’t understand and I have to explain them to him. Which is fine because we teach each other. We teach other things. He showed me how to use Tik Tok for example. You know, and I showed him what a successful acting career looks like.”

Anushka and Priyanka previously collaborated in Zoya Akhtar’s film ‘Dil Dhadakne Do.’ Ranveer Singh, Farhan Akhtar, Anil Kapoor, Shefali Shah, Rahul Bose, and others were among the leading actors in the film. The film garnered favourable reviews from both reviewers and the general public.

While Priyanka is working in films like ‘Jee Le Zara’ and ‘Matrix 4.’ Following the birth of her first child, ‘Vamika,’ Anushka is spending time with her family. She does, however, have several interesting projects lined up as a producer.