Mumbai: Bollywood actor Kangana Ranaut has finally broken silence regarding the controversy over her ‘Bheekh’ comment. On Saturday, the actor took to her official Instagram account and mentioned that she is ready to return her Padma Shri if somebody can prove that she disrespected freedom fighters. “Everything is very clearly mentioned in the same interview 1857 first collective fight for freedom… along with the sacrifice of greats like Subhash Chandra Bose, Rani Laxmibai and Veer Savarkar ji. 1857 I know but which war took place in 1947 I am not aware, if someone can bring to my awareness I will give back my Padma Shri and apologise also… please help me with this,” Kangana wrote as she shared an excerpt from a book. 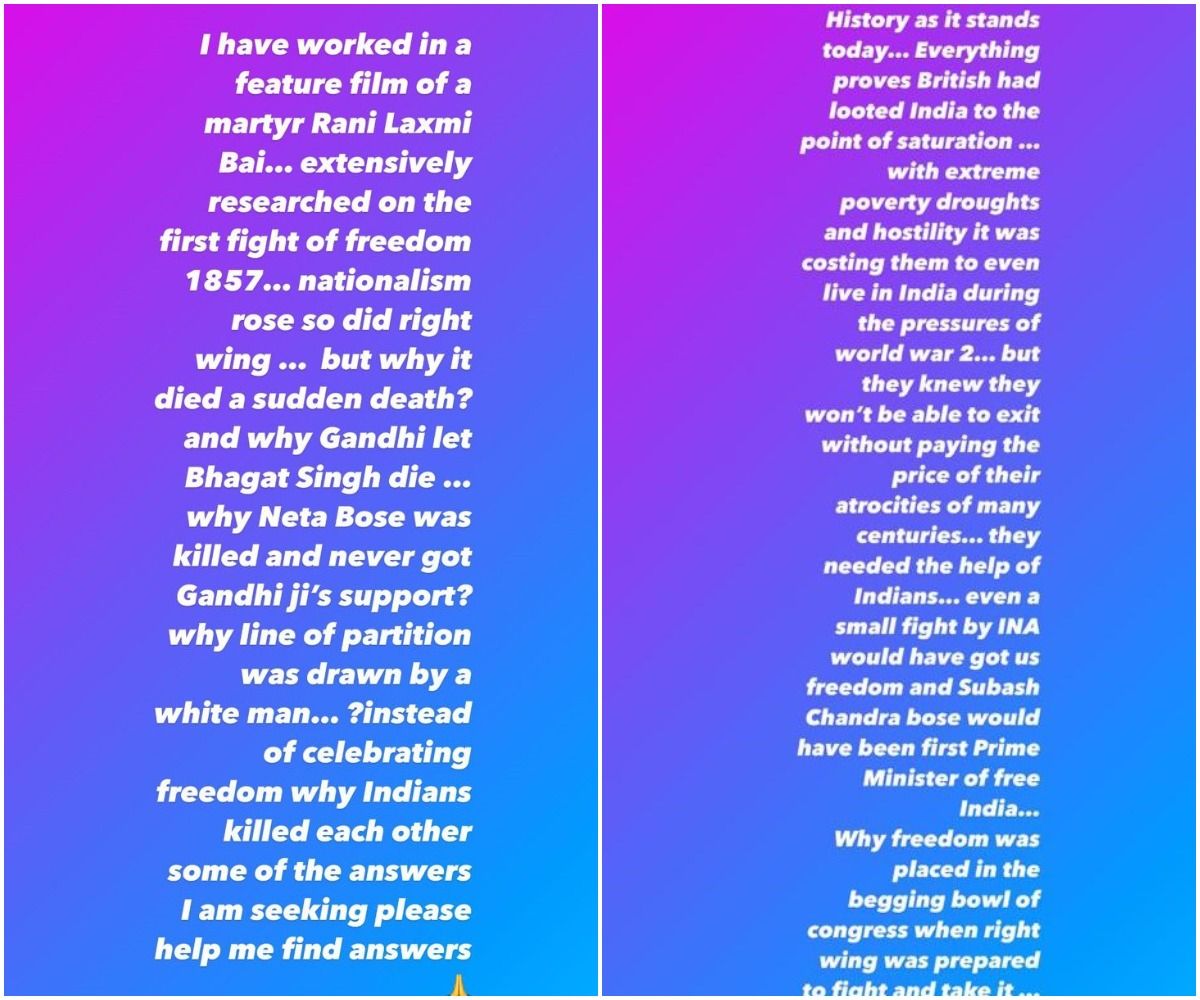 Kangana Ranaut further alleged that an edited clip of her interview is being shared by those who are questioning her. The actor also mentioned that she is ready to face the consequences of her actions. “As far as Aazadi in 2014 concerned I specifically said physical Aazadi we may have but consciousness and conscience of India was set free in 2014… a dead civilization came alive and fluttered its wing and now roaring and soaring high … today for the first time … people can’t shame us for not speaking English or coming from small towns or using made in India products… everything is articulate and clear in the same interview… lekin jo chor hain unki toh jalegi … koi bujha nahi sakta (those who have a guilty conscience will feel the burn, nothing can be done about it) … Jai Hind,” she wrote. 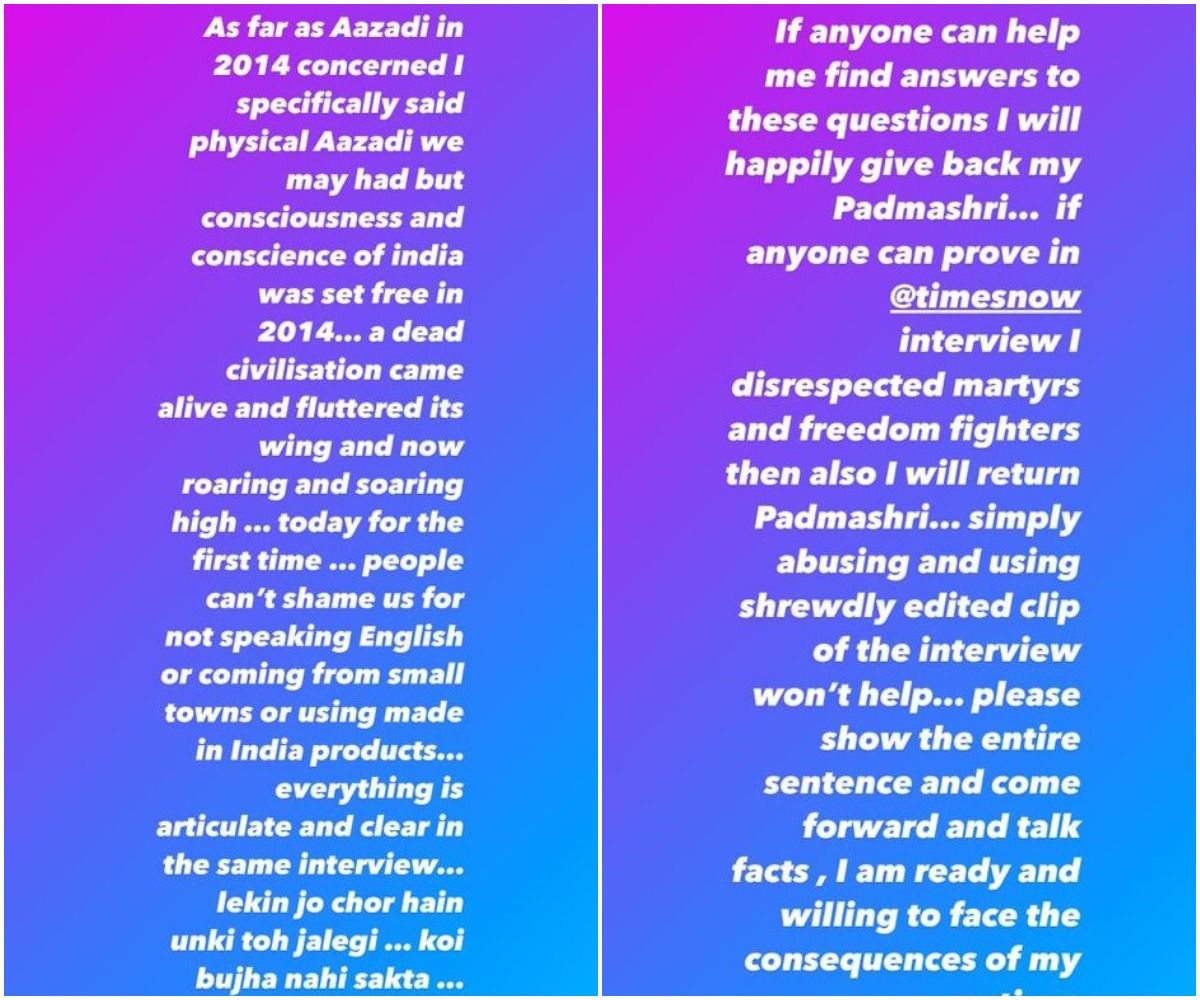 For the unversed, just a few days after Kangana Ranaut was honoured with Padma Shri, the actor landed herself in fresh trouble. This after, she said in an interview that India attained “real freedom” in 2014, when the Modi-led government came to power and described the country’s Independence in 1947 as “bheekh”, or alms.

Kangana’s comment drew flak from leaders across the political parties. While Congress demanded a recall of Kangana’s Padma Shri, BJP MP Varun Gandhi called it ‘madness’. Aam Aadmi Party also filed a complaint to the Mumbai Police asking it to register a case against the Bollywood actor for his seditious remark. NCP leader Nawab Malik also lashed out at Kangana and said she seemed to be high on Malana cream (drugs).