Anupamaa Big Twist: In tonight’s episode, Baa puts forward the big offer in front of Anupama and Anuj in a bid to end their relationship once and for all. However, she gets opposite of what she had  planned. Yes, Anuj and Anupama are married now! Baa goes to the dance academy and finds her family enjoying and celebrating Diwali, leaving her, Kavya, Vanraj, and Paritosh alone on the day of the festival. She then puts forward the offer in front of Anupama and Anuj and asked them to get married. 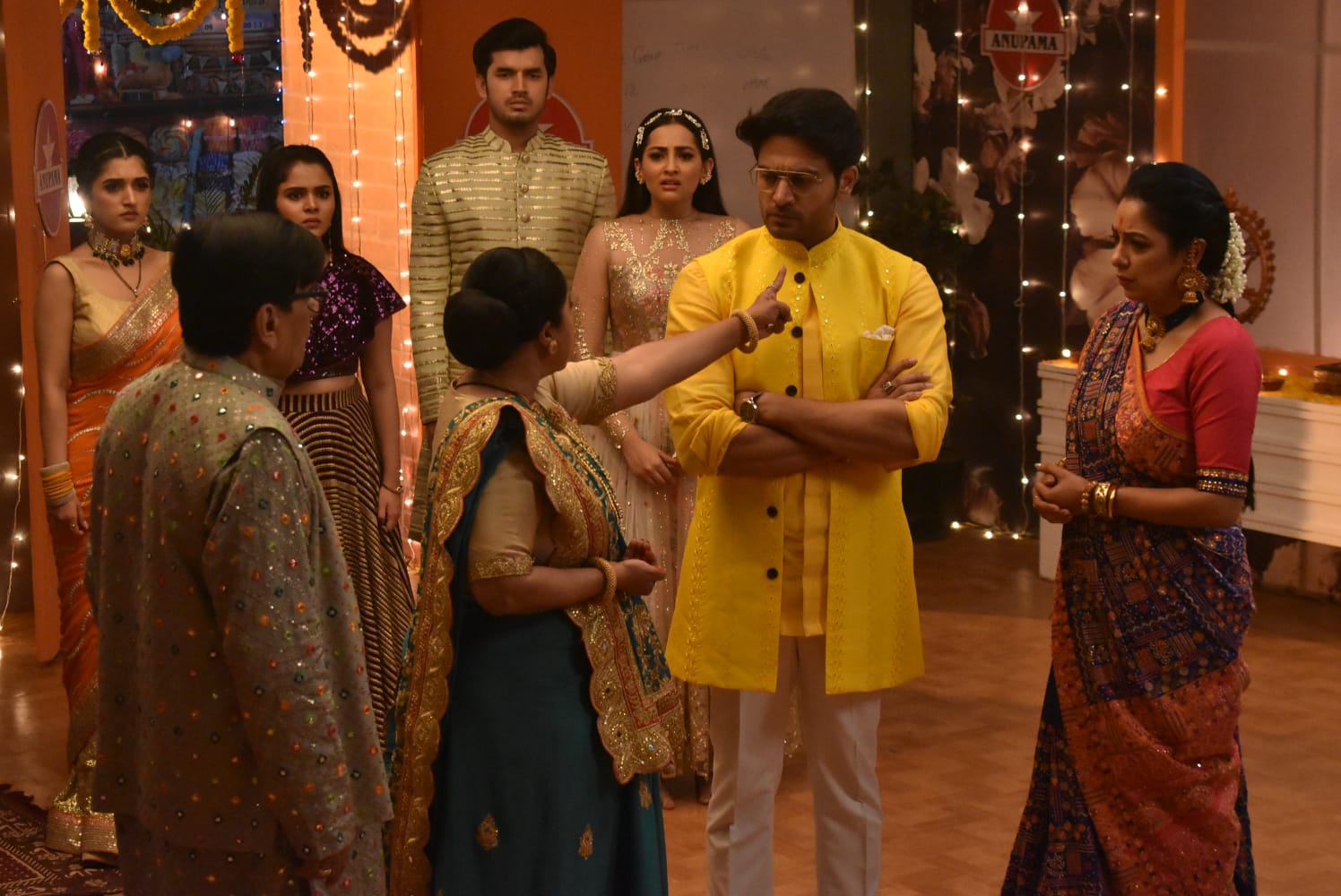 After the Diwali Puja, the family head to Anupama’s dance academy to celebrate Diwali. Baa, Kavya, and Paritosh feel envied after seeing Anupama, Anuj, Bapuji, Dolly, and others enjoying the festival. She then puts out the proposal in front of Anupama, Anuj and the entire Shah family that if Anuj wants to stand with Anupama, he should make her his life partner and not just a friend as their friendship will only bring slander for her in the society. She then puts forward the sindoor box in front of them and asked him to fill Anupama’s maang with sindoor. 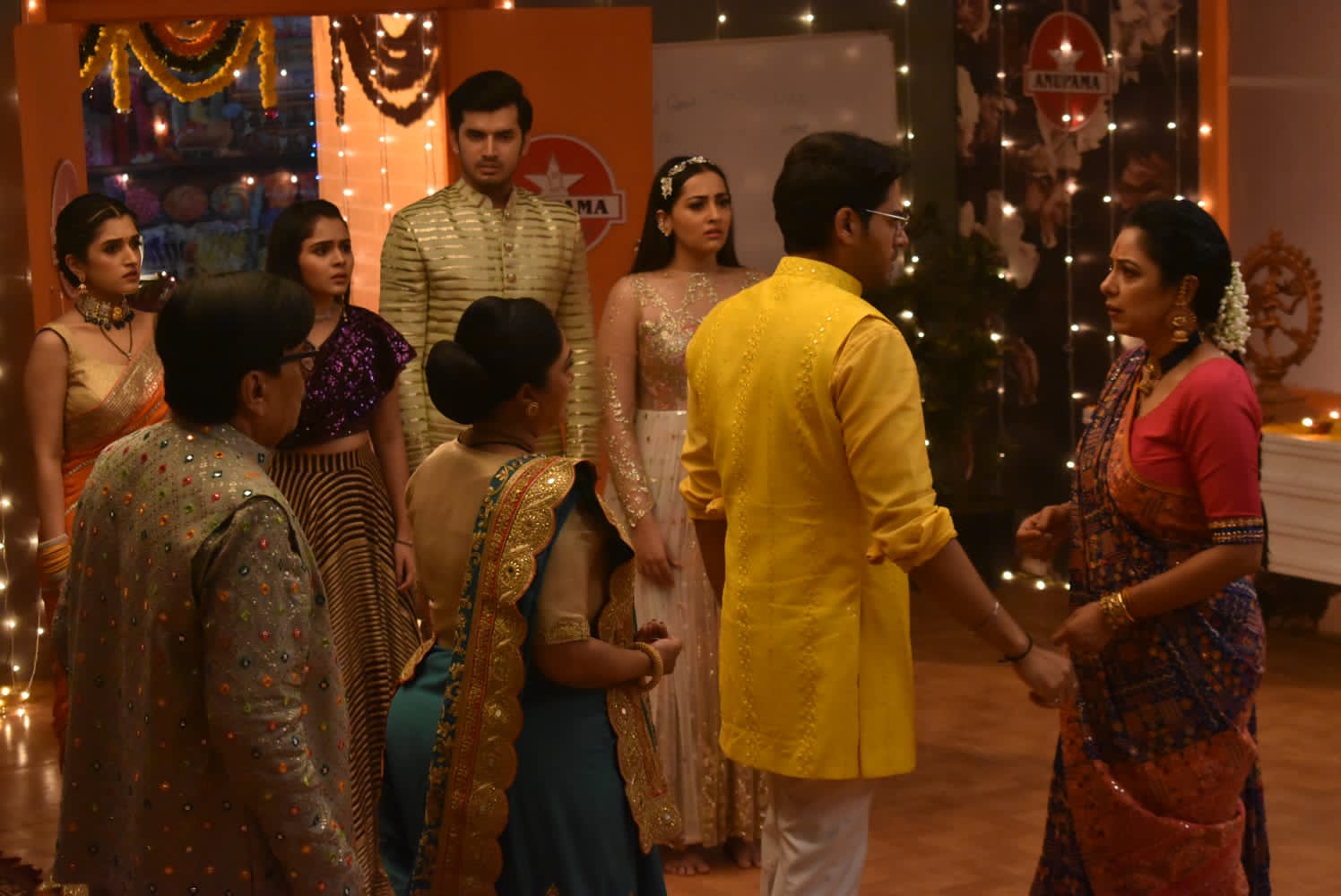 Anuj hearing Baa’s words of Anupama going through slander due to him, he goes on to fill her maang with sindoor. His act leaves Baa shocked as her plan backfired at her. Does that mean that they are married now?

Vanraj Can’t Get Over Anupama:

Vanraj, who has headed to surat, is in a dilemma over why he is not able to move on when he is the one who has re-married. He thinks to himself why Anupama is always on his mind and her acts effects him.

Kavya continues to manipulate Baa and instigate her to take action against Anupama and Anuj. As per the buzz, she will be selling off the Shah residence leaving the Shah family homeless. But, Anuj cleverly will buy the house in the name of Anupama and once again, she will become the owner of the house.

Your thoughts on the same?