South Korea: BTS members BTS RM – Jin, Suga, J-Hope, RM, Jimin, V, and Jungkook are widely loved across the world. Each time this K-pop group releases a song, it is no less than a global festival. But recently, an accident left fans heartbroken as it has deprived them of one of RM’s songs. This after, the group leader RM took to social media and announced that he mistakenly deleted one of his unreleased songs. Expressing disappointment, the singer called it the worst day of the year.

“I cleaned [my computer] incorrectly today.. so, except for the audio, I’ve lost all the files I worked on for over a year.. it’s a mental shock.. but I’ll still gather up strength.. I was close to being done.. sure.. the worst day outta this year, posting this [Weverse moment] because I’m sad,” RM wrote. 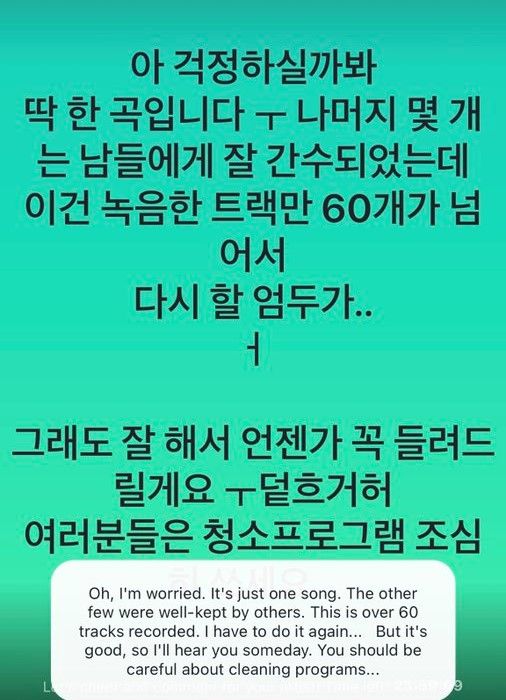 Check How ARMY Is Consoling RM:

I mean the song files are deleted its so devastating. I feel bad so bad I hope they’ll recover it hope it’s possible. 😭😭😭
[weverse: RM @BTS_twt]

So to clarify for anyone who is not used to songwriting, music production or how wave tracks are made it’s 1 SONG that #RM has deleted & it’s clearly a layered multi track with 60 separate lines of instruments/vocals/beats etc which means it was fully produced and was a BANGER😭 https://t.co/zNT28KwQ3a pic.twitter.com/agZ2ndjkGl

Music is RM’s forte, his life. The fact that he had 60 tracks recorded for a single song shows his level of dedication. I’m praying for him to get all his deleted files recovered. Just want to see the stress free smile back on his face

WE LOVE YOU NAMJOON

Soon after, several ARMY members took to Twitter and tried to console Kim Namjoon. While some of the fans mentioned ways to recover lost files, others showered love on the singer and asked him to stay strong. “Don’t worry Joon I’m going to fight that delete button and sue them to return your file,” one of the fans wrote. Another social media user Tweeted, “I wish I could help youuu🤧 but yeah biggest lesson of a day we have to be careful before deleting something.”

Meanwhile, BTS members are currently gearing up for their concert in Los Angeles. The concert titled Permission to Dance on Stage will be held at California’s SoFi Stadium on November 27, 28 and December 1, 2.