Bikaner: Aaliyah Kashyap, daughter of Anurag Kashyap, is currently vacationing in Bikaner. On Monday, she shared mushy pictures with her boyfriend Shane Gregoire and it’s all so romantic. Taking to Instagram, Aaliyah shared couple of pictures with her boyfriend. In the first photo, the much-in-love couple can be seen sitting on the bed with breakfast table placed in front of them and they can be seen holding glasses of juice in their hands.

In the second picture, Aaliyah and Shane can be seen locking lips with each other, clad in a white bathrobe. She simply captioned it, “romantic getaway 🤍@narendra.bhawan.bikaner #ExperienceBikaner #NarendraBhawanBikaner. (sic)”

Check Out The Photos Here: 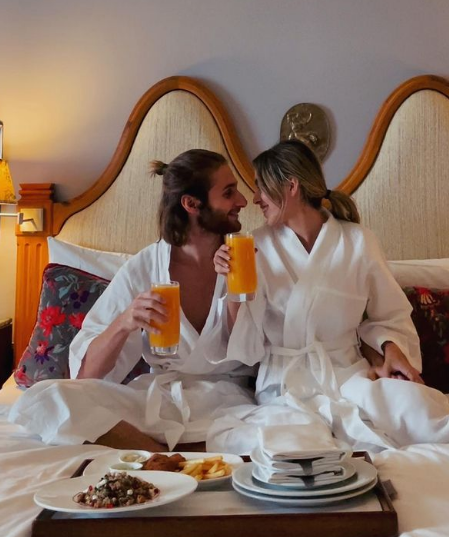 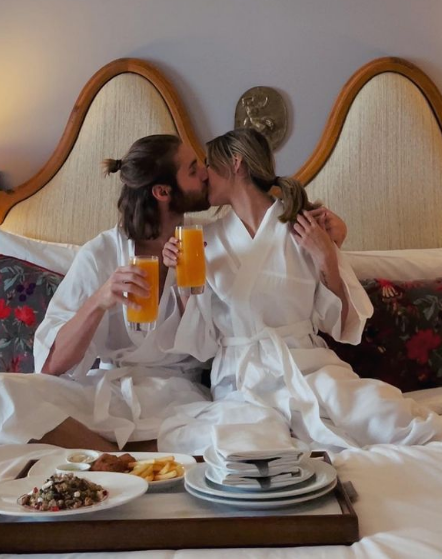 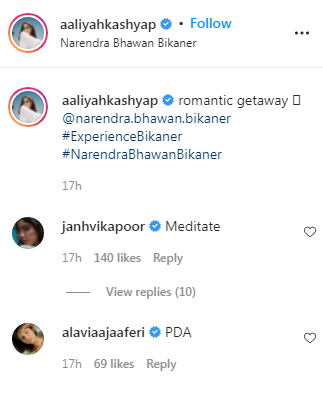 Aaliyah often shares pictures with Shane on Instagram. On Sunday, she posted a series of photos from Khushi Kapoor’s birthday bash, where she posed for clicks with Shane on rooftop.

In August, Aaliyah penned an adorable birthday message for Shane and wrote, “Happy 22nd birthday to my love! you make me feel like the luckiest girl in the whole wide world and i’m so grateful to have met you. I love you forever.”

Earlier this year, she also opened up about how she met Shane and fell in love with him on her YouTube vlog. She had said, “On the dating app, I swiped on him first. On Hinge, it’s like, you swipe on them and then there is a like section where you can see who has liked you. And then, you can either like them back or ignore it. So he liked me back and we spoke.”

“I made the first move. We met after two months of talking and I was like, ‘Oh my God.’ I was waiting for him to kiss me but I was like, he is not doing it. Because I think he didn’t know if I was comfortable with it or whatever, so I just went in for it”, she added.