Taarak Mehta Ka Ooltah Chashmah actor Nidhi Bhanushali Aka Sonu Bhide is an avid traveller and the proof is her Instagram entries. Now, she shared a set of new pictures from her latest travel diaries. In the photos, she can be seen clad in a blue t-shirt teamed up with ripped pair of jeans and a pair of red footwear. She can be seen standing in a midst of a park with a hill covered with trees at the backdrop. She captioned the post, “Helplessly hoping Her harlequin hovers nearby Awaiting a word Gasping at glimpses Of gentle true spirit He runs, wishing he could fly Only to trip at the sound of good-byeWordlessly watching He waits by the window And wonders At the empty place inside Heartlessly helping himself to her bad dreams He worries Did he hear a good-bye? Or even hello? (sic)” 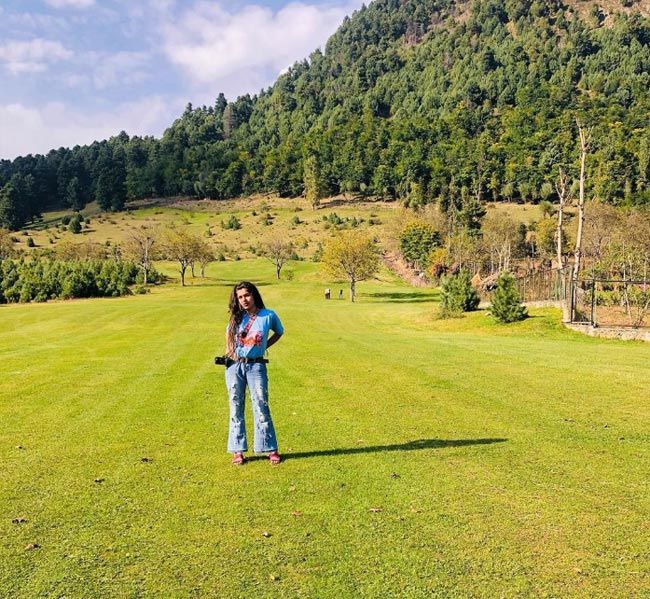 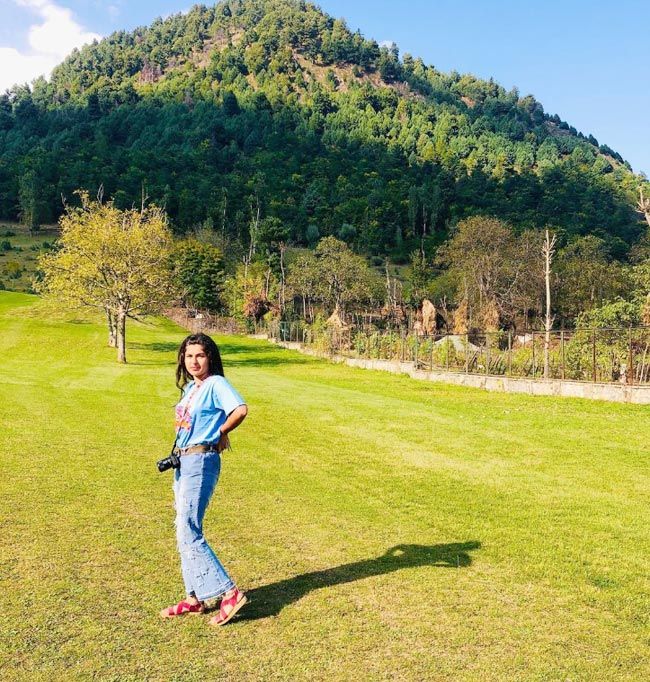 However, it was Bhavya Gandhi aka Tapu of TMKOC who grabbed all the eyeballs with his comment. While Nidhi shared some of her stunning pictures, Bhavya talked about her jeans. Yes, you heard us right! He simply wrote, “Nice Jeans.” 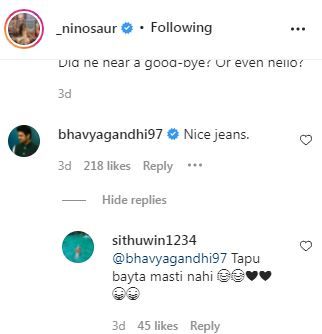 Bhavya, who played the role of Tapu, left the show in 2017 in bid to explore opportunities in Gujarati Film industry. He has been part of regional films such as Papa Tamne Nahi Samjhay, Striker amongst others.

Nidhi Bhanushali, on the other hand, left the show in 2019 to pursue her education. Even after leaving the show, she shares a great equation with most of the Taarak Mehta Ka Ooltah Chashmah’s co-stars. Palak Sidhwani replaced her and is currently essaying the role of Mr and Mrs Bhide’s daughter Sonu, who is the only girl in Tappu Sena of Gokuldham society.