Bigg Boss 15 October 11, 2021: Today’s episode starts with a map task that has been assigned to the contestants where Shamita Shetty, Pratik Sehajpal, Nishant Bhat have to stop other contestants (junglewasis) to get a piece of map. As the task begins, Ieshaan runs inside the room to get the maps. Meanwhile, Pratik enters from behind and rest of the junglewasis doesn’t let him enter the room. Vishal pins down Pratik. Ieshaan tells Pratik to use less force. They get into an argument. He calls Pratik a fool. They abuse one another. In between all this, Miesha comes to cool down Ieshaan, but he pushed her instead. Miesha gets angry with Ieshaan. As the task got over, Ieshaan goes to Miesha and apologises to Miesha.

Jay Bhanushali doesn’t leave a chance to make fun of new lovebirds inside the Bigg Boss 15 house. Jay shared his feelings and that made everyone laugh. Jay said he never thought he’ll see a love story in the first week of the show. Miesha and Ieshaan continue their romance. She says he is doing work for her. He says I am not single any more.

Ieshaan says ‘I Love You’

Miesha reveals she has trust issues and will take time as its only week 1 with Ieshaan. Around 4 am, when everyone was sleeping, Ieshaan took his mic and woke up Miesha. He said, “I Love You Miesha and I Mean It”. Meanwhile, Umar Riaz suggests to use his brain more than the heart as he is here to play game first. 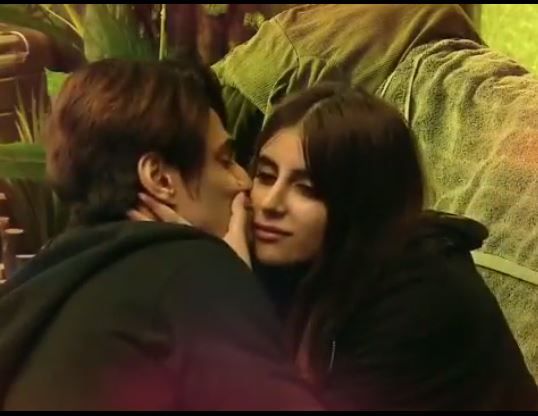 Ieshaan says I Love You to Miesha

During a heated argument, Umar Riaz questions Miesha Iyer and Ieshaan Sehgaal romantic relation. He said that earlier Ieshaan had said that Miesha is playing game. But later on, he refused.