Mumbai: Anupamaa starring Rupali Ganguly is receiving love from all the corners, especially after the entry of Gaurav Khanna aka Anuj Kapadia. The fans fondly call them ‘MaAn’. On Saturday, she dropped a new set of photos from the sets of the show where Anupama and Anuj can be seen posing for the click. In the photos, while Rupali looked graceful in grey and white print saree while Gaurav looked dapper as he suited up in white and grey.

In the post, Rupali said that the colour of day three of Navratri is Grey and it symbolises ‘zeal and determination to win over evil’.

She captioned it, “Day 3 Of Navratri Color: Grey On this day, the third form of Goddess Durga – Chandraghanta is worshipped. She is the married form of Goddess Parvati and is known as Maa Chandraghanta! This color symbolises zeal and determination to win over evil. So here’s a photo of Anuj and Anupama twinning in the color grey to celebrate the day 3 of Navratri!! Jai mata di. (sic)”

Check Out The Photos Here: 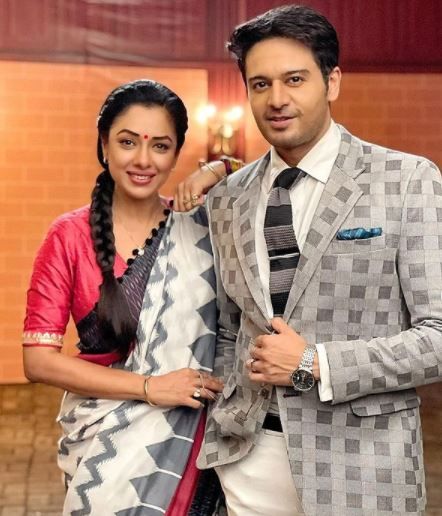 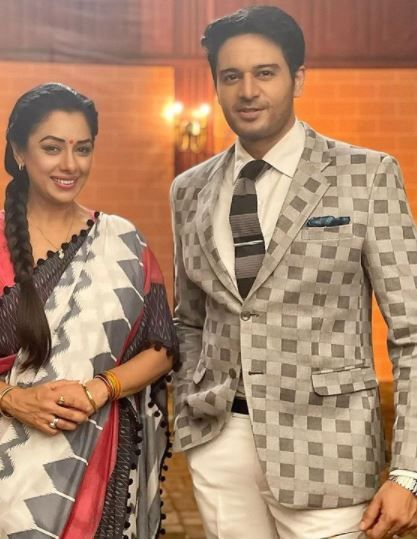 Fans wnt all gaga over the pictures and dropped loved-up comments. 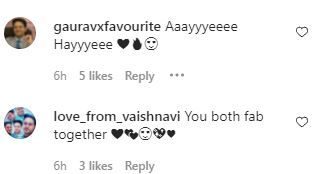 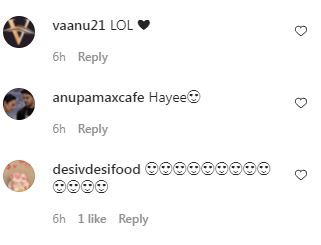 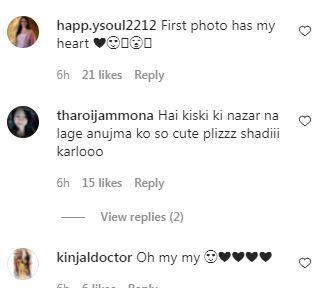 Earlier, Rupali shared a heart-warming video featuring her and Gaurav Khanna. In the video, Anupama and Anuj groove to the beats of the soulful song, Raatan Lambiyaan. The video begins with Anuj holding the edge of Anupama’s pallu and she turns back and smiles at him. They look into each other’s eyes as they groove to the melodious song. While Rupali looked gorgeous in purple coloured saree, Anuj can be seen complimenting her in a blue sherwani and black pyjamas.

Talking about Anupamaa, Kavya has visited Anuj Kapadia at his office to discuss the job offer. Anuj asked Anupama to give her decision if Kavya should be hired or not, after all the drama created by Vanraj Shah at Bhumi Pujan. Anuj asked Anupama to think about the same as she has to be with Kavya 24/7 if she gets the job. Anupama goes ahead with giving job to Kavya. She had told Anuj that Kavya is talented and she does deserve the opportunity.

When Anuj goes for the meeting with Kavya, she told him that she is talented and will work hard if she gets the job. She further stated that it is frustrating for her to sit back home when she has many years of experience. Anuj points out his condition to Kavya to get the job. Anuj clarified to Kavya that her husband Vanraj Shah will not like her working with him but since he believes that she deserves the job due to her capabilities, he told her that it will be her responsibility to stop Vanraj Shah from creating any kind of drama in his office. He said that his priorities are his company, the company’s projects and its reputation, his own reputation, and Anupama, and the day, Vanraj will create a scene inside his office, it will be Kavya’s last day at work. Anuj further warned her that if she will be unable to stop her husband from creating any kind of scene in his office space, he will put an end to her career, as well.

On the other hand, Vanraj will shout at Kavya and Anupama after she tells him about working with Anuj Kapadia. Vanraj tells her that Anuj is a puppet of Anupama and he will do whatever Anupama wants. Kavya then tells Vanraj that ‘he needs help’ and should consult a doctor. Listening to Kavya’s word, he loses his cool and breaks the glass vase after which his hand started bleeding. When Anupama tries to take his bleeding hand, he pushed Anupama away. Later, Pakhi comes and stands in between Vanraj and Anupama and said that when parents are disturbed with each other they take divorce but what should their children do when they get upset with their parents. This leaves Vanraj and Anupama upset.