Mumbai: Actor Janhvi Kapoor was very close to her late mother Sridevi and now she has inked something special in the late actor’s handwriting. On Thursday, Janhvi shared photos from a recent vacation where she got a tattoo on her wrist. The tattoo reads, “I love you my Labbu.” The tattoo is written in the handwriting of her late mother. For those who don’t know, Janhvi was fondly called ‘Labbu’ by her late mother. While getting the tattoo, she can be heard chanting ‘Govinda, Govinda’ in the video shared by her on Instagram stories. 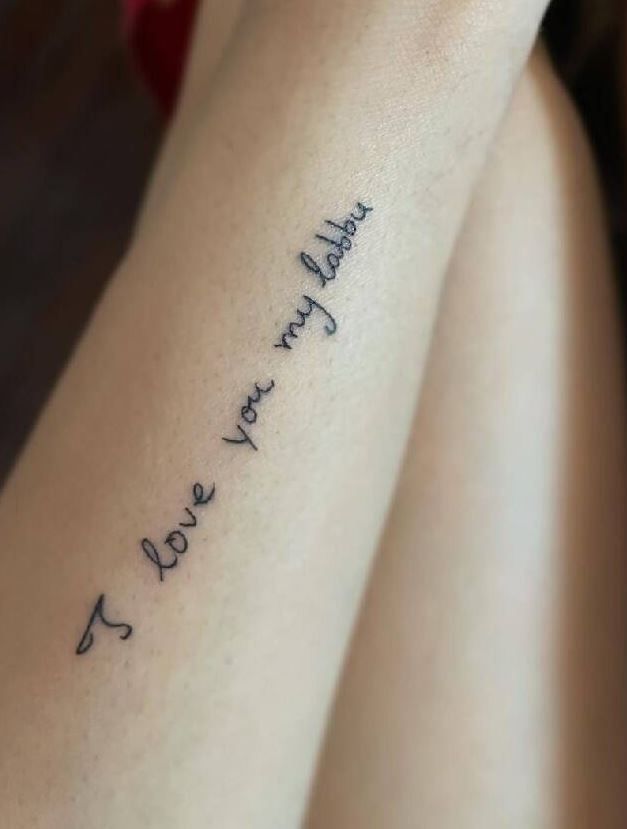 On Sridevi’s third death anniversary this year, Janhvi had shared the handwritten note by her mom. The note read, “I love you my Labbu. You are the best baby in the world.”

Sridevi became the female superstar after starring in superhit films. She breathed her last at the age of 54 on February 24, 2018.