Anupamaa Spoiler, October 7 Episode: Anupamaa show has always shown the audience that how Anupama has been blamed for every small or big thing in the house, be it when she was married or now when she is divorced. Vanraj cannot see Anupama succeeding in life and that too with some other man (Anuj Kapadia). As everyone come back home from the Bhumi Pujan, Vanraj tells Babuji that he reacted because Anuj Kapadia pushed him a lot. Babuji just folds his hands and leaves from there.

On the other hand, Anuj is seen crying and shouting in a godown as he cannot see Anupama is this situation. In the previous episode, we saw Anuj asked Anupama to leave the Shah house as she is not happy from within. Anuj and Devika discuss how Anupama should be happy in her life.

As Anupama enters home, Vanraj sees her coming. She says ‘Today was the most important day in my life and you ruined it completely.’ Before Vanraj could begin to question her, Anupama tells him sorry. She then brings a stool and stands on it and tells Vanraj that he is scared that Anupama has reached the same place as him professionally and he just can’t bear it. ‘Aap darr rahe hai Anupama aur Vanraj Shah ki barabari se’. 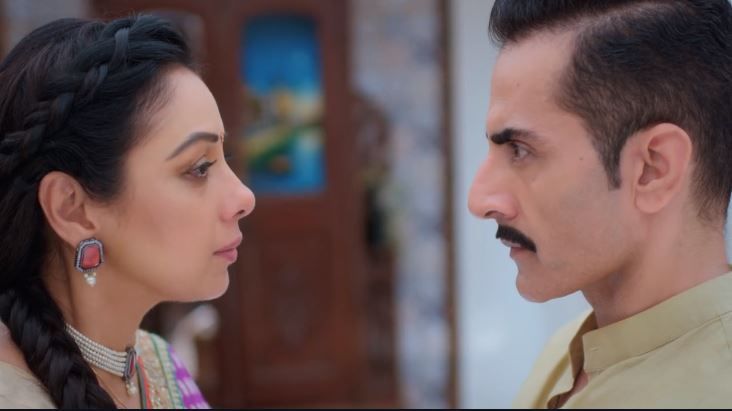 Vanraj then says Anupama that if a housewife wants even she can achieve anything, to this she replied that she can but she also has a responsibility towards her family and her home which if not fulfilled creates an issue as well. ‘Abhi mein patni nahi hoon toh bhi aap bardash nahi kar pare, ab bardaash karna seekh lijiye’.

Baa then tells her that she cannot do this with another man (paraya mard), and Anupama was quick to remind her that she is staying in the house with another man and that is Vanraj Shah. When Anupama gets down from the stool, Vanraj mocks her by talking about her “aukat”, and telling her that he will always be above her, to this Anupama said that his head will always be bowing down to her while hers is held high.

Anuj gets a surprise in office

Anuj, who is worried about Anupama as she didn’t message and call him, wants to know whether she is fine or not. He wants to call her but stops himself. The next day, Anuj gets a surprise in morning as he sees Anupama back to work. 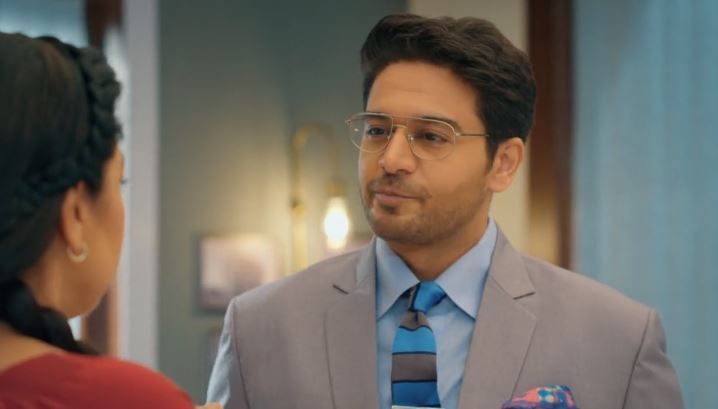 Anuj gets a surprise in office

In the upcoming episode, we will see that Vanraj and Kavya get into an argument where Kavya tells Vanraj that he is obsessed with Anuj and Anupamaa and should name the dishes in the cafe after them specially ‘Jalli hui chai – Vanraj Shah’. Anupamaa, Baa and Kinjal hear this while they are in the kitchen. Baa blames Anupama for their fight and says ‘Ek Aurat Aur Mard Kabhi Dost Nahi Ban Sakte’. 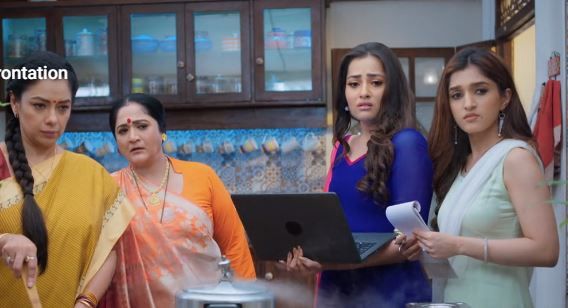 Watch this space for more updates on Anupamaa.