Chennai: A day after Samantha Akkineni and Naga Chaitanya announced their separation, the reports of Samantha rejecting the alimony amount are making headlines. Reportedly, Samantha was offered a whopping Rs 200 crore by Naga Chaitanya as alimony. However, the actor refused to accept it.

As per a report in India Today, Samantha has refused to take the alimony amount saying that doesn’t want to take even a penny from Naga Chaitanya. The report cites a source who claims that while Samantha is heartbroken, she is concentrating on work for now. “It’s not easy for Samantha to get up and go to work every day. She is massively heartbroken. But she doesn’t want any project that she is associated with to suffer because of her personal life. She has always been a thorough professional and continues to be, putting up a brave front every day. It’s not in her to be unprofessional,” the source said. 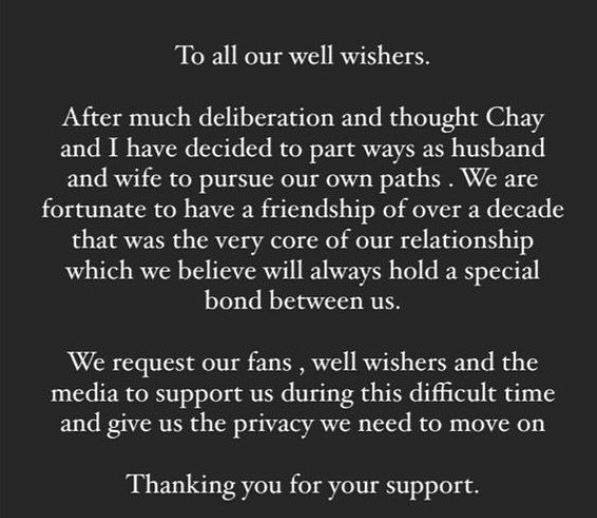 On Saturday, Samantha Akkineni and Naga Chaitanya announced their separation after four years of marriage. They issued a joint statement talking about the same and requested fans to give them privacy. “To all our well-wishers, After much deliberation and thought, CHay and I have decided to part ways as husband and wife to pursue our own paths. We are fortunate to have a friendship of over a decade that was the very core of our relationship which we believe will always hold a special bond between us. We request our fans, well-wishers, and the media to support us during this difficult time and give us the privacy we need to move on. Thanking you for your support,” the statement read.

Samantha and Naga Chaitanya met each other on the sets of Ye Maaya Chesave in 2009. However, they started dating each other in 2014 while they were shooting for Autonagar Surya. The couple tied the knot in 2017.